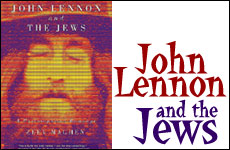 Falling in love with Judaism.

"It's not cool to be Jewish, or Negro, or Italian. It's just cool to be alive, to be around." So said Aretha Franklin. I know, because my father used to have the soul diva's wisdom hanging on the wall of his study at home. He also used to walk around in a t-shirt with "Miscegenate" emblazoned across the chest. Walking the walk, he sent this child of Abraham, Isaac, and Jacob to an elite Episcopalian prep school. I love my father dearly and respect him immensely, so at the age of twenty-four I dropped everything, moved to Israel, put a kippah on my head, and enrolled in a Haredi yeshiva.

Rebellion? In part. But the rebellion didn't stop there. Turned off by a romantic view of Jewish identity that was, at its worst, articulated in vulgar, tribal terms, and tired out from investigating the brilliantly-crafted but virtual realities of the Talmudic sages, I spent my third year in yeshiva sitting in my apartment, studying the rational humanism of Marcus Aurelius' Meditations, driven by the philosophical hunger of Plato's Republic. Not surprisingly, I later fell in love with Maimonides' Guide of the Perplexed.

Of course, love was what it was all about from the start, like the love for the country and people of Israel that I inexplicably felt when I first landed at Ben-Gurion Airport at the age of nineteen. Completely clueless about anything Jewish, I spent Shabbat walking the streets of Tel Aviv with a friendly soldier, charmed by the familial warmth shown to me by complete strangers.

So it was with a strange but delightful sense of recognition that I read Ze'ev Maghen's high-octane, laugh-out-loud funny, and occasionally caustic "philosophical rampage," John Lennon and the Jews. The book is an extended defense of passionate love for the Jewish people, written by an American immigrant long settled in Israel, a highly-respected professor of Arabic literature and Islamic history who also happens to be the 1983 International Frisbee Golf Champion (Junior Division) and a former member of the IDF's tank corps. Maghen's target audience is the population of tepid, English-speaking Jews whose love for their people has been displaced by the dictates of universalism and rationalism—a cohort whose instincts I know intimately.

John Lennon and the Jews opens with Maghen's chance meeting, real or imagined, at Los Angeles International Airport with Shira, Ofer, and Doron: "three Hebrew Hare Krishnas," dressed in regulation saffron robes. Maghen can't stomach that these young Israelis have abandoned Hebraism for Hinduism. Whipping out a Bible, he proclaims "This is your book!!!" But the three, dreaming of a world without nations, borders, or hierarchy—in short, the world evoked in Lennon's famous thought exercise "Imagine" ("Imagine there's no countries . . . nothing to kill or die for . . . ")—aren't impressed. Shira presents a universalist challenge to Jewish particularism; Ofer goes on the rationalist attack; and Doron basically tells Maghen to chill out.

Maghen contends that Lennon's ballad is in reality a death-march, a requiem mass for the human race.

Reflecting on this encounter at LAX, Maghen contends that Lennon's "beautiful ballad is in reality a death-march, a requiem mass for the human race." His book is an extended defense of this position, presented in three parts, each a response to the arguments laid out by Shira, Ofer, and Doron, respectively.

Against Shira's universalist ideal of loving all people equally, Maghen argues that "No one gets turned on by 'universal' love . . . 'universal love' isn't love at all, because love means preference" (emphasis his). Maghen locates the origin of the universalist fallacy in the New Testament. Shouldn't a man respect his father, or a daughter love her mother? No, Jesus proclaims: "I am come to set a man at variance against his father, and the daughter against her mother, and the daughter-in-law against her mother-in-law." (Matthew 10:34–35) Since God loves all human beings equally, so should we — even at the price of disrupting our natural bonds of affection.

Against this vision of an expansive, non-discriminating God, Maghen reminds his readers that the God of the Hebrew Bible most definitely plays favorites — because that's the way real love works.

The second and largest part of the book presents Maghen's challenge to Ofer's rationalism. His main claim here is that Western civilization, including the portion occupied by the naturally passionate Jews, has been brainwashed over the course of the past 2,000 years to privilege the head over the heart. The roots of this problem lie in Athens, not Second-Temple Jerusalem. Accordingly, Maghen engages in lengthy polemics against the sages of Greece, all with the aim of "making the world a less rational and more romantic place."

As against Doron's counsel of apathy, finally, Maghen concludes by issuing a passionate call to swim against the tides of misguided universalism, wayward rationalism, and willed inertia and take up the mission of Judaism, "the greatest love story of all time," and thereby "to recover the guts and the confidence, the romance and the idealism, the wildness and the midrashic hutzpah that alone enable human beings to create."

John Lennon and the Jews is intentionally provocative and compulsively readable: two massive virtues in themselves. It is also problematic. Take its argument against universalism. Maghen argues that bestowing "your bounty and sympathy upon all your fellow human beings" is, at bottom, an un-Jewish thing to do. Yet one of the greatest lovers of the Jewish people in modern history, Rabbi Abraham Isaac Kook, repeatedly and extensively argued the opposite. Since "God is good to all and His mercies are on all His works," the surest sign that one has been touched by divinity, according to Rav Kook, is when you, too, are filled with a desire to love all human beings—or more: all animals, all trees, the cosmos! True, Rav Kook's view presents its own difficulties; more importantly, Rav Kook never relinquishes the role of Jewish particularism in his universalistic conception. But it remains the case that Ze'ev Maghen brushes off as non-Jewish what for Rav Kook is one of the deepest experiences a Jew can hope to have.

Or take Maghen's attack on rationalism in the name of romanticism. Maghen rightly chastises Jewish apologists of various stripes, but his own presentation of Judaism is nothing if not apologetic. Crucially, there's nary a word in his book about the messianic settlers in the West Bank, a highly problematic group of romantic Jew-lovers, who, in my view, could use a good dose of Maimonidean rationalism. I say this out of love, and as a resident of a West Bank settlement.

Most troubling of all, Maghen's blithe assertion that all we need do is "recover" a lost confidence, romance, and idealism—as if human nature is incurably good and that, at bottom, all human beings really want to do is love—runs against biblical teaching and human experience alike. This sunny sentiment, Rousseau-by-way-of-the Beatles, compels Maghen to argue that hatred played a marginal role in the Holocaust since, properly understood, Nazism was really an outcome of absolutism and rationalism.

But John Lennon and the Jews shouldn't be judged by such grating and grandiose claims. The book is better grasped as an intimate letter written from one Jew to his brethren, hoping to free their minds and warm their hearts, and it reminds us that, 3,000 years after God and the Jewish people first exchanged vows on Mount Sinai, Judaism remains a stunningly beautiful, vibrant, deep, and often bracing experience with the capacity to drive sensitive and erudite souls like Ze'ev Maghen crazy with love.

This article was first published by Jewish Ideas Daily and is reprinted with permission.

Gifts of a Convert

Cobra Kai: The Sensei vs the Rabbi
The Blue Beyond
Great Place to Live
Is Eating Supposed To Be Spiritual?
Comments
MOST POPULAR IN Current Issues
Our privacy policy