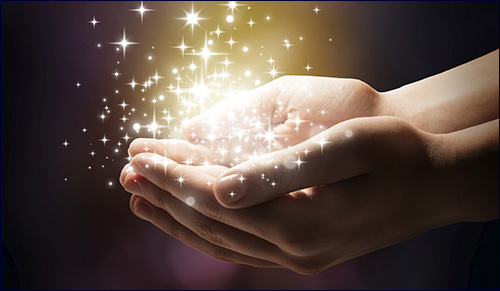 Jacob, in assuming Esau’s mission, receives both a second wife and a second name.

In the previous article we discussed the disagreement between Isaac and Rebecca regarding the roles of Jacob and Esau. Isaac rightly knew that a man of Esau’s qualities is needed within the Jewish people. The nation of Israel is not supposed to be a secluded nation of saints, studying Torah and striving towards God, wholly unconcerned with the fate of mankind. That is Israel’s internal role of self-perfection, embodied in Jacob. But ultimately, Israel’s mission is to be a worldly people, a “light unto the nations” (Isaiah 42:6). Israel would oversee the world’s spiritual development and ensure – by force if necessary – that they live up to God’s mission for them. This was the role of the worldly, aggressive Esau – one which he utterly failed to live up to.

Rebecca understood this as well, but she realized Esau was not about to live up to his cosmic calling. Thus, Rebecca devised an alternate plan. Jacob would feign to be Esau – receiving the blessings for physical prosperity Isaac intended for him. He would thus not only be the cloistered Torah scholar. He would go out into the world, taking evil head on. He would have to fulfill two roles at once. The continuation of the Book of Genesis outlines his evolution into his new position.

As soon as Jacob receives the blessings, he is forced to flee, joining the household of his wicked and devious uncle Laban. For the first time, Jacob would depart the study hall, having to hold his own against Laban’s trickery – and eventually learning to outsmart him.

Laban has two daughters, Leah and Rachel. Jacob instantly takes a liking to the younger one, Rachel. Leah, however, had “soft eyes” (Genesis 29:17). The Talmud (Baba Batra 123a) asks: Why should the Torah make mention of a person’s defect? Because it was not a defect at all; it was an indication of her greatness. Leah’s eyes were “soft” because she cried incessantly. Why? Because people used to say, Rebecca has two sons and Laban two daughters – the older for the older, and the younger for the younger. Leah cried to God that she not fall to Esau’s lot – so much so that her eyelashes fell out.

Leah was not crying because of an inconsiderate wisecrack people used to make. She knew that there was truth to it. She really was designated for Esau: she was his soulmate. Yet he was wicked, and she didn’t want to fall to him. She prayed to God to change her fate, and as we’ll see shortly, God ultimately heeded her prayers.

Jacob offers to serve as Laban’s shepherd for seven years for Rachel’s hand in marriage. Laban outwardly agrees, yet when the time comes, secretly replaces Rachel with Leah, only agreeing to give Rachel in exchange for another seven years of labor.

This is thus the first step in Jacob’s assuming Esau’s role: He married Esau’s wife – reluctantly, but God allowed Laban’s deception to succeed. In fact, Jacob married two women: his own wife Rachel, and Esau’s. And as we’ll see shortly, Leah’s children had the same violent, aggressive tendencies as their uncle Esau. Esau’s capabilities would now enter the Jewish nation.

The marriage between Jacob and Leah was not an idyllic one. Leah saw herself as the hated wife, and as a result was especially blessed with children – the first three of whom she named in the prayer that she at last be granted her husband’s affections. Now it’s hard to believe that a righteous man like Jacob would actually “hate” his wife – regardless of the trickery involved in bringing them together. Wouldn’t Jacob at least fulfill “You shall love your fellow as yourself” (Leviticus 19:18) as he would towards any human being?

No doubt Jacob treated Leah properly and caringly. But she was really not his “type.” She wasn’t his soulmate. She had the forward nature of Esau. She later openly asks for his marital attention which Rachel “traded” her in exchange for the mandrakes found by Leah’s son (30:16). Jacob treated her well, to be sure, but their marriage lacked the love-bond of true soulmates. Compared to how one should feel towards his beloved spouse, Jacob “hated” Leah.

Further, Leah’s older children were all little “Esaus.” They all possessed his forward, aggressive nature – at times to their detriment. Reuben took liberties in moving his father’s bed (35:22). Simeon and Levi singlehandedly wiped out the city of Shechem (34:25). Judah too was a natural leader, taking responsibility for Benjamin when they descended to Egypt to buy food, and standing up to Joseph when they were in trouble. (Rachel’s son Joseph, by contrast, was a studious little Jacob. The Sages describe him as having absorbed all of his father’s wisdom (Bereishit Rabbah 84:8). He was also a dreamer (in many senses) rather than a man of the world.)

Judah’s prime descendant was King David, whom the Sages compare to Esau. David, as Esau, had a red complexion, signifying a taste for blood. But whereas Esau killed maliciously and capriciously, David directed his violence against the enemies of God (Bereishit Rabbah 63:8). It was the same inner nature – for our natures we can never change – but David used it properly, becoming leader of a holy nation, while Esau was destroyed by it.

Finally, the Messiah will descend from Judah and King David. His mission will be the one Esau refused to do – bringing the entire world to salvation.

There is a second key event in Jacob’s evolution into his new role. After he successfully contends with Laban and Esau, Jacob is granted a new name – Israel (35:10). Israel – Yisrael – implies a sar – a master and leader of others: “for you have striven with an angel and with men and you have persevered” (32:29). Jacob – Israel – was no longer the passive Torah scholar, withdrawing into his own little world of wisdom and ideas. He was now the man of the world, who had taken on the best and prevailed.

Unlike Abraham and Sarah whose new names replaced their old, Jacob is still known by his original name as well (e.g. Gen 46:2). God did not change Jacob’s name. He gave him a second one. This implies that Jacob now had two roles to fulfill, two names to live up to – his original one as inwardly-focused Torah scholar, and a second one as temporal authority. The second role was the one he had wrested from Esau. Thus, by awarding him his second name, God formally appointed Jacob to fulfill Esau’s mission. His transformation into a dual person with a dual role was complete.

God Himself gave Jacob his new name, but it was foreshadowed during a very mysterious episode in the Torah. When Jacob is on the way back to the Holy Land, about to meet his brother Esau, he finds himself alone on the far side of the Jabbok River. A “man” struggles with him the entire night. As dawn breaks, the man insists he must leave. Jacob refuses to let him go, demanding that the man bless him first. He does so – by informing Jacob that his name would shortly become Israel. Jacob asks the man his name, but he refuses to give it. Jacob afterwards names the place Peniel (“my face towards God”), “for I have seen a divine being face to face and my soul was saved” (32:30).

The Sages explain that the shadowy stranger Jacob battled was an angel. Which one? The guardian angel of Esau (Bereishit Rabbah 77:3). Before Jacob was officially given Esau’s mission, one person had to acquiesce – Esau himself. His very angel came to oppose Jacob and all he stood for. In a battle as much spiritual as physical, the angel failed to overcome Jacob’s strength and fortitude. He conceded. He informed Jacob that he would soon be granted a new name – the one Esau had just lost.

This in a nutshell is the story of Jacob and Esau. Originally, both brothers were to have significant roles in Israel – as Isaac wished. Esau was not worthy to fulfill his role, so Rebecca initiated a procession of events in which Jacob would assume Esau’s mission in addition to his own. He did so successfully, eventually marrying Esau’s soulmate and earning a new name.

But there is an important sidebar to the story. What happened to Esau in all this? He was left out, no longer to play a decisive role in world history. When he first discovers that Jacob took his blessings, he cries out – “a very great and bitter cry” (Gen. 27:34). The Sages teach us that his cry was heard; it would reverberate throughout the ages. Certainly he could not deny that Jacob was the more deserving brother. Yet he resented bitterly his loss and awaited the day he could avenge it.

If the Children of Israel would live up to its role, Esau’s cry would be unheard. His resentment would be ungrounded. But if they would fail, Esau’s bitter cry would reverberate. Isaac blessed him that he would live by his sword. He would serve his brother Jacob, but when he would justifiably resent Jacob’s dominance, he would rebel against it (27:40).

This is thus the continuation of Israel’s story. Jacob and his descendants would have two missions to fulfill. Yet there is also a hurting Esau out to avenge his lost prestige. If Israel would fulfill its mission, it will lead all mankind – even Esau – to salvation. If not, Esau and his sword would be there at the ready.

Based primarily on thoughts heard from my teacher Rabbi Yochanan Zweig.

Search the Chumash with Rashi - in English
Why the Mezuzah is Placed on a Slant
Faith: the Axis Upon Which the Wheel of Science Turns
Love - Not Just About Chemicals Anymore!
Comments
MOST POPULAR IN The Bible
Our privacy policy