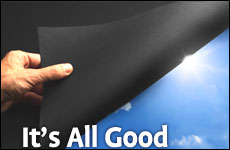 Understanding why we get intoxicated on Purim.

In 370 BCE the Jews of the Persian Empire were saved from annihilation at the hands of Haman, the evil advisor to the Persian king, Achashverosh. Each year on Purim, we celebrate our salvation by reading the Book of Esther, sending gifts to our friends and to the poor, enjoying a festive meal and of course, getting intoxicated "until you don’t know the difference between blessed is Mordechai and cursed is Haman" (Talmud - Megillah 7b).

Wait a minute. Getting drunk? What’s that all about? Is Purim just another variation of the unfortunately all-too-familiar Jewish theme: “They tried to kill us, we won, let’s eat?” Is it simply Judaism’s version of a Super Bowl tailgate party? What could possibly be the reasoning behind such a strange obligation – to drink until you can’t tell the difference between the righteous leader of the Jews and his evil protagonist?

In truth, Purim is much more than a story of good triumphing over evil. It’s the story of the Jewish people’s survival in what is for them an entirely new kind of world. Exiled for the very first time in their history, the Jews of the Persian Empire are captives in a strange land, without sovereignty, Temple, prophecy, priests, army or king – and to top it all off, facing a mortal threat to their existence. In fact, they seem to have been totally forsaken by God, which, according to tradition, is why in the entire Book of Esther, God’s name isn’t even mentioned.

So how do the Jews respond to this dire predicament? We could hardly blame them for feeling abandoned or for posing the question: “Where was God?” And yet, their response was entirely different. Instead of doubting, they chose to see their situation as a response to their own shortcomings, and as a result, they fasted and repented. Instead of despairing, they chose to see events as part of a larger plan, and remarkably, by the end of the story, that greater plan was revealed as the ironic twists and turns of the narrative clearly demonstrate that far from being absent, God was in control all along, orchestrating every move to the point where Haman and his ten sons are hung on the very gallows designated for Mordechai.

Purim demonstrates that reality isn’t what it appears to be. There is someone running the show. He’s just hiding. Nothing is random. Even great evil and suffering, however difficult they may be for us to comprehend, are ultimately part of a larger plan.

But the bigger question still remains: Why would God hide His face while He carries out His plan?

Perhaps the answer lies in what could be considered the climax of the Purim story, when Mordechai, the leader of the Jewish community, tells his niece, Queen Esther, that she must reveal her true identity to the king and beseech him to save her people from Haman’s decree. When Esther reminds him that she can be put to death for approaching the King without an invitation, Mordechai responds in a surprising manner. Instead of begging her to use her power and influence as we would expect, he calmly says to her:

“Do not imagine that you will be able to escape in the king’s palace any more than the rest of the Jews. For if you persist in keeping silent at a time like this, relief and deliverance will come to the Jews from another place, while you and your father’s house will perish. And who knows whether it was just for such a time as this that you attained the royal position!” (Esther 4:13-14)

In other words, we don’t need you Esther. You need us! Because when God steps out of the picture, so to speak, and allows evil to rear its ugly head, it’s not because He’s lost control of His world and needs our help. It’s because He wants to create an opportunity for us to step in and fill the void. The challenges and imperfections that we experience in our lives are the very things that spur us on to fulfill our potential; which means that even the “bad” in our world is ultimately the very best possible thing for us.

Which brings us back to getting drunk to the point where we can’t tell the difference between blessed is Mordechai and cursed is Haman. Our drinking on Purim isn’t meant to cloud our perception – it’s meant to deepen it. Because in the end, both Mordechai and Haman – good and evil – are part of a bigger plan. Both are essential components of the very best possible world.

Purim reminds us that we alone determine the quality of our lives, and that each of us are capable of experiencing joy regardless of how things seem to be on the outside. It inspires us to take a deeper look at life and see it as it truly is: a tremendous gift and opportunity. But perhaps most of all, it challenges us to look deep within ourselves and recognize that our greatest challenges are tailor-made opportunities to step up to the plate and discover what we are truly made of, and shine.

Wishing you a joyful and meaningful Purim.

Rabbi Mark Spiro brings more than 20 years of teaching and counseling experience to bear in his role as Executive Director of LivingJudaism. His clear, insightful and caring approach has helped thousands of individuals discover a Judaism that is both profoundly deep and refreshingly relevant to the most important issues and concerns in their lives. Originally from New Rochelle, NY, Rabbi Spiro attended Cornell University School of Architecture and Aish HaTorah’s College of Jewish studies in Jerusalem, where he received his rabbinic ordination in 1989. He has since served in leadership roles in numerous communities around the world, including as Assistant Director of Aish’s advanced study program in Jerusalem, Educational Director of Aish HaTorah in Washington D.C. and South Florida, and Executive Director of Aish HaTorah in San Francisco. Rabbi Spiro and his wife Heather have 4 children. When not working, he enjoys getting outdoors to mow the lawn, hiking, skiing, music, and martial arts. He also teaches and serves as Managing Director of Seattle’s Hebrew High.

Unmasking Our Jewish Identity
Should I Break Up, Get Engaged or Keep Dating?
Time Is Your Precious Commodity
A Constant World in Flux
Comments
MOST POPULAR IN Purim
Our privacy policy