It’s Not about Israel; It’s about Being a Jew 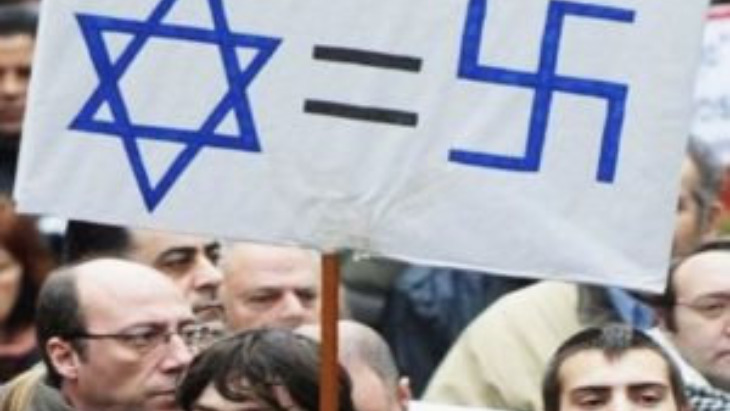 As attacks across the US show, the detested object of scorn remains the same as it has for thousands of years – the Jews.

It was more than a decade ago. I was involved in a project that could only succeed if I had the backing of someone with the international prestige of Elie Wiesel, the person who more than anyone else seared the memory of the Holocaust on the world’s conscience. Somehow – a tale all of its own – I was graciously able to meet the Auschwitz survivor and Nobel prize winner at his home.

By way of introducing myself I told him that although I wasn’t born in this country, I was not literally a survivor, thankfully never having endured the horrors of a concentration camp. Wiesel immediately corrected me. Sternly he asked me never again to repeat that error. “When Hitler, cursed be his name, set out to commit genocide on an entire people wherever they might be, men, women and children – then every Jew who is alive today is a survivor.”

It is a profound truth that most people to this day do not acknowledge. And it has profound implications with regard to the political reality of our day.

Those who want to slaughter Jews find ways to seemingly limit the object of their hatred, to focus their murderous intent on a specific and select portion of the survivors of anti-Semitism throughout the ages. Today the “camouflage cover” is “Israeli.” No, say the defenders of Hamas who send rockets of terror and destruction to indiscriminately kill civilians, it is not antisemitism. It’s only because they are Israelis. It is only those who dare to employ a “disproportionate response” to Hamas missiles by firing back at the attackers, sometimes even harming the children and the hospitals strategically placed in their firing positions. It is only “Israelis” that we are protesting against, proclaim the multitudes around the world.

A fundamental truth about the war against Israel can be summed up in one sentence: When approached by a student who attacked Zionism, Martin Luther King responded, “When people criticize Zionists, they mean Jews – and you’re talking antisemitism.”

And the most fundamental lie about the countless op-eds, vicious social media entries and critiques of Israeli policy is that its hatred is directed towards a tiny Jewish homeland situated in the midst of a huge area of Arab countries, when it has become ever more abundantly clear that the detested object of scorn remains the same as it has for thousands of years – the Jews.

Years in advance of the actual start of the Holocaust, Hitler recorded his plans for genocide in his book Mein Kampf. Scholars scoffed and said it was mere political exaggeration. Nobody could really have been serious about such a plan. But of course he was. Hamas also was not hesitant in openly outlining in their charter calls for “the murder of Jews wherever they are found.” Jews means Jews – and wherever they are found includes the United States as well as all the other continents.

Nobody could really be serious about that. Except of course for the more than 17,000 mentions of the words “Hitler was right” that the ADL recently found on Twitter. Or except for the Palestinian sympathizers viciously beating up Jews in Times Square. Or except for the diners in Los Angeles asked by a raging mob of Hamas flag bearers a question with ancient roots whose answer oft condemned people to horrific attacks or even death: “Are you a Jew?”

Stories just like this are reported from major cities around the world. None of the victims were asked if they were Israelis. All that mattered was that they were Jews.

Isn’t it strange that at a time when someone is accused of being racist can in an instant cause a person to lose his or her job and be banned from social media, but identification with Hamas which openly calls for a second Holocaust is viewed as a moral stance deserving of approval?

What really boggles my mind is that a sizable number of Jews still do not understand the intended victims of Hamas – just as all too many German Jews initially thought they were excluded from extermination because they had done so much for the country, because they were not practicing or believing Jews, because they proudly proclaimed they were more German than Jews. Yet to the outside world and to Germany, they were still Jews.

As Elie Wiesel told me, all of us who are by good fortune alive after the Holocaust should be considered survivors. And similarly, no matter where we live in the world or what connection we have with Israel today, all of us are Jews; all of us are targets. And for that reason, far too many people hate me – and they hate you.

When Jews are being attacked in New York, Chicago, LA, this isn’t about Israel; it’s about being a Jew.

The Einsatzgruppen and the Beginning of the Systematic Murder
The 21st President of the United States: Failure or Inspiration?
Hiding Their Jewishness
The Jewish Pope: Following the Questions Home
Comments