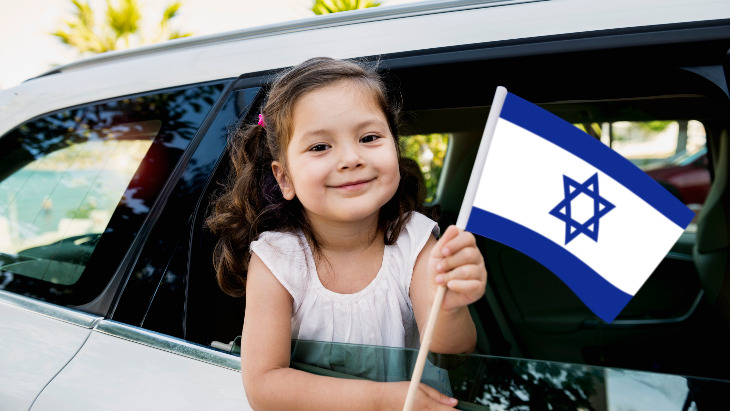 The story of Israel is the wondrous realization of a 3,500-year link among a land, a faith, a language, a people, and a vision.

Modern Israel celebrates its 73rd birthday this week. Let me put my cards on the table. I’m not dispassionate when it comes to the country.

For nearly 1,900 years, Jews around the world prayed for a return to Zion and Jerusalem, after the destruction of the Second Temple in 70 C.E. and the loss of sovereignty. That’s a span of approximately 75 generations.

The Jews never lost hope, however remote the likelihood of return may have seemed at any given time. How could they have, though, since without Zion and Jerusalem at the center of Judaism’s universe, what would Jewish identity be?

As it was written in Psalm 137 some 2,500 years ago: “If I forget thee, O Jerusalem, let my right hand forget her cunning ... if I prefer not Jerusalem above my chief joy.” And recall these words in the same psalm: “By the rivers of Babylon, there we sat down, yea, we wept when we remembered Zion.”

We are the lucky ones who have seen those prayers answered.

The road to sovereign rebirth in 1948; the fulfillment of Israel’s envisioned role as home and haven for Jews from the four corners of the earth; the wholehearted embrace of democracy and the rule of law; and the impressive scientific, cultural, and economic achievements are all, to say the least, extraordinary.

And when one adds that Israel’s neighbors tried from day one to annihilate it, the story of Israel’s first 73 years becomes all the more stunning.

Israelis have never abandoned their deep yearning for peace.

No other country has faced such overwhelming odds against its very survival, or experienced the same degree of unending international demonization – abetted by too many nations ready to sacrifice integrity on the altar of political expediency, or confronted the same relentless challenges to its very right to exist, to defend itself, or to designate its own capital.

Yet Israelis have never succumbed to a fortress mentality, never abandoned their deep yearning for peace or willingness to take unprecedented risks to achieve that peace – as was the case with Egypt in 1979 and Jordan in 1994; in the unilateral withdrawal from Gaza in 2005; and one day, perhaps, in a two-state deal with the Palestinians if their leadership ever convincingly accepts the legitimacy of Jewish self-determination, the abandonment of the so-called right of return, and the desire to live in enduring peace.

To be sure, nation-building is an infinitely complex process. Just take a look at any of today’s leading democracies and their histories on this score. In Israel’s case, it began against a backdrop of tensions with a local Arab population that laid claim to the very same land, and, tragically, refused a pragmatic UN proposal in 1947 to divide it into Arab and Jewish states (one of several outright refusals by Palestinian leadership from 1947 onward).

It continued as the Arab world sought to isolate, demoralize, and, ultimately, destroy the fledgling state and its 650,000 Jews; as it was forced to devote a vast portion of its limited national budget to military preparedness; and as it coped with forging a national identity and social consensus among a culturally diverse population – from Holocaust survivors to refugees from the Arab world, from those fleeing communism to others leaving democratic societies to join in building the state.

Like any vibrant democracy, Israel is a permanent work in progress. To be sure, it has its shortcomings, including the excessive, unholy intrusion of religion into politics, a messy political system requiring constant deal making, as no political party has ever won an outright electoral majority, and the unfinished task of fully integrating Israeli Arabs into the mainstream, much as notable progress has been made.

But such challenges, important as they are, cannot be allowed to overshadow Israel’s remarkable achievements.

In just 73 years, Israel has established a thriving democracy unique in the region. This includes a Supreme Court prepared to overrule the prime minister or the military establishment, or even send a former president to prison; a feisty parliament that includes just about every imaginable viewpoint from right to left, secular to religious, Arab to Jewish; a robust civil society; and a vigorous press.

It has built a dynamic economy increasingly based on mind-boggling innovation and cutting-edge technology. It has joined the OECD, become a global hub of research and development, and is a magnet for foreign direct investment. And of late, thanks to natural gas discoveries, it has gone from an energy-scarce to an energy-rich nation.

It is home to universities and research centers that have contributed to advancing the world’s frontiers of knowledge in countless ways, and won a slew of Nobel Prizes in the process.

It has created one of the world’s most powerful and effective militaries – always under civilian control – to ensure its survival in a rough-and-tumble neighborhood, where Iran and its satellites continue to call for its destruction. At the same time, it strives to adhere to a strict code of military conduct that has few rivals, even as its enemies seek cover in mosques, schools, and hospitals, often hide behind the backs of children, and bamboozle a frequently gullible media.

Israel has become the answer to centuries of powerlessness, pogroms, expulsions, inquisitions, ghettos, yellow stars, and crematoria directed at the Jewish people. Then, Jews had to rely on good will, which was in rather short supply, to say the least. Today, there is undaunted, unafraid Israel – as once-beleaguered Soviet and Ethiopian Jews can attest, as the rescued passengers of the Palestinian-German hijacking of Air France 139 to Entebbe can confirm, and as the charred remnants of the anything-but-peaceful nuclear reactors in Iraq and Syria remind us.

The world leader in COVID vaccinations, Israel is ranked among the world’s healthiest nations, with a life expectancy higher than that of the U.S.

The world leader in COVID vaccinations, Israel is ranked among the world’s healthiest nations, with a life expectancy higher than that of the U.S. – not to mention a consistently top ranking, again ahead of the U.S., in the annual UN “happiness index.”

It has forged a thriving culture admired far beyond Israel’s borders, including among American television audiences, and has lovingly taken an ancient language, Hebrew, the language of the prophets, and rendered it modern to accommodate the discourse of the contemporary world.

Notwithstanding a handful of despicably extremist voices, it has built a climate of respect for other faith groups, including Baha’i, Christianity, and Islam, and their places of worship. Few other nations in the region can even begin to make the same claim.

Israel has built an agricultural sector that has much to share with developing nations in Africa and beyond about turning an arid soil into bountiful fields of fruits, vegetables, cotton, and flowers. And speaking of parched land, through human ingenuity, it has turned a water-scarce nation into a net exporter of water.

It has formally extended the arc of peace beyond Egypt and Jordan to include Bahrain, Morocco, Sudan, and United Arab Emirates, and, informally, still further. It now has diplomatic ties with an overwhelming majority of the world’s nations. And on any given day, Israeli humanitarian projects are underway in various countries stricken by man-made or natural disasters.

Indeed, given the multitude of the world’s 21st century priorities – from food security to clean water, from public health to medicine, from technology to cyber security, from climate change to environmentalism, from terrorism to national resilience – Israel ranks near the very top as a global problem-solver.

Step back from the twists and turns of the daily information overload and consider the sweep of the last seven-plus decades.

Look at the light-years traveled since the all-enveloping darkness of the Holocaust, and marvel at the miracle of a decimated people returning to a tiny sliver of land – the land of our ancestors – and successfully building and defending a modern, pulsating state against all the odds.

In the final analysis, the story of Israel is the wondrous realization of a 3,500-year link among a land, a faith, a language, a people, and a vision.

To put it in the words of “Hatikvah,” Israel’s national anthem, it is the quest “To be a free people in our own land, the land of Zion and Jerusalem.”

Indeed, it is an unparalleled tale of tenacity and determination, of courage and renewal.

And it is ultimately a metaphor for the triumph of enduring hope over the temptation of chronic despair.

This article originally appeared in The Times of Israel.