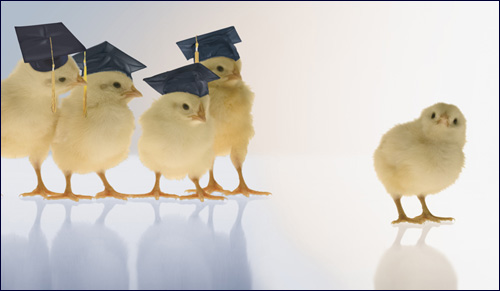 Judge others with the same measuring rod you judge yourself.

Everyone makes mistakes. Parents, teachers, lawyers and doctors – every human being makes mistake at some point in their lives. And sometimes those mistakes really hurt – think of the time your teacher gave you that unfair punishment, or when you were too harsh in criticizing your kid, or when you felt that your friend let you down without reason. Mistakes hurt, but they are part of life.

The Torah teaches that we should give people the benefit of the doubt and judge people favorably. As the Torah says, “With righteousness you should judge your fellow man,” (Lev. 19:15) For example, let's say that you made up to meet your best friend for a coffee (something you were looking forward to as you hadn't spent quality time together for a while). At the last minute your friend calls to cancel due to “an emergency.” Twenty minutes later you see your friend out shopping with another friend.

Your natural reaction is one of disappointment, perhaps anger. How could she lie to me like that and dump me to go shopping? Yet the Torah instructs us to reinterpret the situation and judge favourably. Assume that there was some type of genuine emergency – the other friend desperately needed some urgent attention and care and your friend took her shopping to help her out.

What is the rationale behind this commandment? Isn't the Torah commanding us to resort to wishful thinking and naiveté? Maybe my friend really didn't want to spend time with me?

We view other people's mistakes as them and their successes due to an outside factor.

This is where the judging favorably comes in. It doesn't mean to naively invent an imaginary, unfeasible world in which everyone is right and innocent. It is teaching us to take into account that other people's failures might be beyond their control and that their successes are really their doing.

When I choose to think that my friend went shopping due to a genuine emergency, I am choosing to think that my friend is someone who would not normally let me down. This is not being naive since it is the same positive attribution you would ascribe to yourself. Use the same bias you have towards yourself and be consistent in applying it to others too. You see yourself positively, so see others in the same light.

As a parent I am very quick to defend my kids and when I hear anything bad about my kids' behavior in school I am quick to blame other kids instead. Because he's my kid and can do nothing wrong. I attribute that same positive bias in which I view myself to my son – his successes are his and his mistakes someone else's – because he is really a part of me. Judging favourably extends our inner circle to include others.

I take my son swimming each week. A few weeks ago another kid saw us throwing around a ball in the pool and he started hurling all sorts of insults at us and behaving obnoxiously. Then he asked if he could play too. Inside I was furious that this kid could be so chutzpadik to an adult and I was about to brush this kid off when my son whispered in my ear, “Daddy, you know who that kid is...” He whispered the boy's name and my reaction immediately changed. I knew this boy's family from the neighbourhood; his father had been killed in a terrorist attack a few months earlier. I no longer saw the kid as the embodiment of chutzpah, and I was so grateful that this kid could go outo and have some fun swimming and enjoy life to some degree. He was now “in my circle,” subject to my positive attribution bias, and I threw him the ball.

Rabbi Daniel Fine has just released his two-book box-set Journey through Nach – making Nach relatable and understandable for the English-speaking public, through chapter summaries on every chapter in Nach, divrei torah, maps and charts. To order a copy visit http://www.feldheim.com/journey-through-nach-2-volume-set.html .

Rabbi Daniel Fine teaches in Aish's post high-school Gesher program. He has just released his two-book box-set Journey through Nach – making Nach relatable and understandable for the English-speaking public, through chapter summaries on every chapter in Nach, divrei torah, maps and charts. To order a copy visit http://www.feldheim.com/journey-through-nach-2-volume-set.html .

Tangled Up in Crowns

Q&A: Why Do Religious Jews Dress the Way They Do?

The Miraculous Relationship Between the Jewish People & the Land of Israel

Where Was God in Virginia Tech?