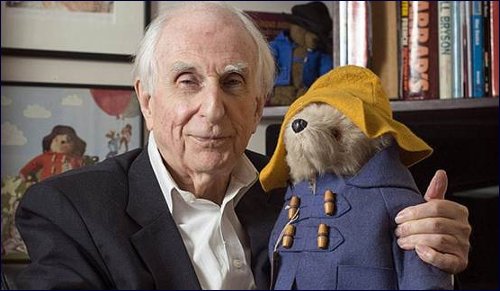 Michael Bond, the author, based his beloved character on Jewish children who were refugees in war-torn Europe.

Michael Bond, whose literary creation Paddington Bear is beloved by millions of children (and adults) around the world, has died at the age of 91. But the world he created endures: a polite, old-fashioned Britain where a lonely bear, newly arrived in Paddington Station in London sported a sign imploring people to “Please Look After This Bear” and was taken home and adopted by the kindly Brown family.

When Mr. Bond wrote his first Paddington book in 1958 he was inspired by the influx of thousands of Jewish children into London before World War Two.

In November 1938, after Nazis and Nazi sympathizers destroyed hundreds of synagogues and thousands of Jewish-owned homes and businesses throughout Germany and Austria, Britain relaxed its restrictive rules barring Jewish refugees and allowed Jewish children from Austria, Czechoslovakia and Germany to enter. These groups of unaccompanied children (parents were barred from traveling with their children) were called Kindertransports, and eventually brought between nine and ten thousand Jewish children to Britain. 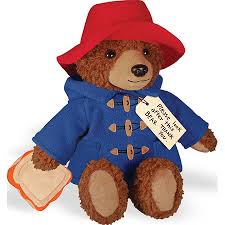 The first Kindertransport arrived in the British town of Harwich on December 2, 1938 and brought 200 children from a Jewish orphanage in Berlin that was destroyed during Kristallnacht. The children were a pitiful sight, clutching their few belongings and wearing signs identifying them in lieu of parental care. About half of the Kindertransport children were looked after by British foster families throughout the war; others were housed in schools, hostels, farms and camps.

As a child, Michael Bond watched a group of these children arrive at the train station in the town of Reading. Years later, he recalled the profound impact the sight made on him. “I remember their labels round their necks and then I remember going to the cinema and seeing on the newsreel that Hitler had moved into some new country and seeing footage of elderly people pushing prams with all their belongings in them. Refugees are the saddest sight…”

In his Paddington books, Mr. Bond included a kindly seemingly Jewish Hungarian refugee, Dr. Gruber, who owns an antique store and enjoys many of Paddington’s many mid-morning snacks with the bear. In later years, Mr. Bond revealed he based this character on his real-life literary agent Harvey Unna, who was a Jewish refugee. Mr. Bond remembered him as “a lovely man, a German Jew, who was in line to be the youngest judge in Germany, when he was warned his name was on a list, so he got out and came to England with just a suitcase and £25 to his name.” Together, Paddington and Mr. Gruber form a counterweight to the small-minded and intolerant neighbor Mr. Curry in the Paddington books.

The Jewish children that Michael Bond witnessed decades ago changed the way he looked at the world. “They all had a label round their neck with their name and address on and a little case or package containing all their treasured possessions.” In his own way, Paddington was a tribute to these brave children. “Paddington, in a sense, was a refugee,” Mr. Bond later explained.

His beloved creation, a small brave bear, lives on to inspire generations of readers, and also serves as a tribute to the children of the Kindertransport, who, like Paddington, left all they knew behind to travel to a safety in a new and strange land.

Why Only Hanukkah Is Celebrated as a Family
Vayelech 5783: Regret and Repent
Rabbi Sacks: Focus On the Important, Not the Urgent
Put Your Foot Down: Are Human Feet Poorly Designed?
Comments
MOST POPULAR IN Israel
Our privacy policy
Aish.com Is Looking for Great Writers