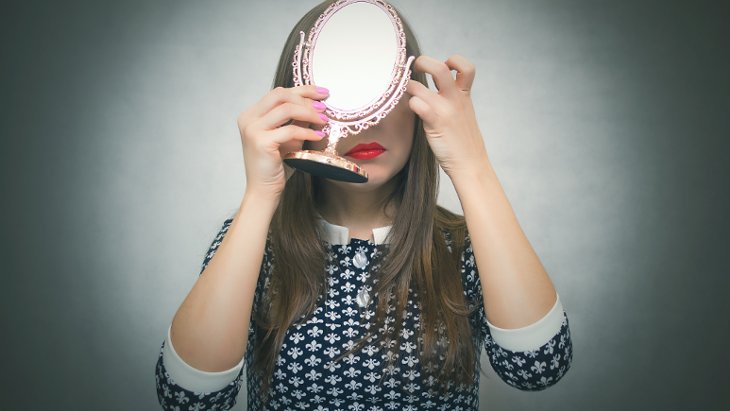 A nightmare date where both parties were in the wrong.

I’m an old-school guy who prides myself on treating a woman like a lady. I believe a man should take care of the woman he’s with: open doors, pull out her chair, make the reservations… in short, I’m a strong believer in chivalry. My friends laugh at me, telling me I’m a throwback to another era. But I’ve remained set in my ways… until a recent experience or two made me wonder if chivalry in this day and age is a lost cause.

I met Amy on a dating site. I admit her photo was stunning, and I wanted to date her so badly that I agreed when she demanded a very expensive restaurant on the first date. My friends told me to be careful. She was always too busy to chat with me and her proposed solution was to meet in this restaurant. I was so awestruck by her beauty that I agreed.

In retrospect, her insistence on this level of luxury right out the gate – before we’d even met – was the first red flag. The second was her attire when she arrived. Her photo hadn’t lied – she was truly beautiful. But she wore a sweatshirt and yoga pants to this place! It was like she’d just come from the gym.

Things managed to go downhill from there. She barely talked to me or looked at me the whole evening, and hardly shared anything about herself. She kept her phone out on the table and busied herself with it several times, looking up only to order a pricey bottle of wine and an appetizer that cost much more than an entrée would almost anywhere else. Later she ordered an $80 steak and a $60 side.

I began to feel enraged, not because I couldn’t afford it but because I felt used and trapped, as if I would sound cheap if I complained. I repeatedly tried to engage her in conversation, but it seemed that she was always on her phone, in conversation with the waitress, or ordering food.

The last straw was when she glanced up from texting a friend just long enough to ask for the dessert menu. I excused myself, saying I was going to the restroom, and for the first time in my life, I walked out on both a date and the check.

It wasn’t long before she was calling me in a rage over how I’d left her with the bill. I asked for her PayPal address so I could send over the cost of my own meal. It amounted to $35 of a $300+ total.

So what do you think, Ziva? Am I hopelessly out of touch in a crass new world? Is it time to forget about chivalry? How can I avoid these demoralizing scenarios? Or do I need to accept that this is par for the course in today’s dating culture, and just try to cut my losses early when they come?

I am so sorry you had this experience with Amy (and the other woman who was just like her). Their behavior is appalling: shallow, calculating, exploitative and shameless.

But it might surprise you to hear that – chivalry aside – in my opinion, your dating behavior isn’t as far away from theirs as you might believe.

The red flags were there before you met this woman. She had no time to interact with you, no interest in learning anything about you, just an insistence on being taken to a very expensive restaurant. Why did you overlook these very alarming and unappealing qualities? Because she had a pretty face. On some level, you decided a beautiful woman deserved a level of treatment you would not consider reasonable for other women to expect. Because of her most superficial attributes, you were willing to compromise on the rest of her character as well as your own scruples.

Can you see how, in a sense, your attitude is as exploitative as theirs? In this story, you seemed to be looking only for “eye candy”: someone who would gratify your lust, reinforce your ego and enhance your social status – even if you saw every indication that she was a wretched human being.

Does this mean you shouldn’t want to date someone with a pleasing appearance, or that it’s wrong to be attracted to a potential partner? No! Of course not. We all want to find our romantic prospects alluring, and we all care about looks to some extent.

But when you choose a date based only on the woman’s physical beauty – giving no thought to her heart, her soul, her mind, her values, her emotional generosity or her capacity for love – then you can’t really claim the moral high ground when you find she’s thinking only about your wallet.

No, it is not time to forget about chivalry. And as broken as today’s dating culture is, you do not need to accept this scenario as par for the course in your romantic life. These situations can be easily avoided with a simple set of rules. The first is, no restaurants on a first date with anyone. Why not? Because on the first date, the goal is to get to know the person in front of you! The focus should not be on food, but on making each other’s acquaintance. Where should you go, then? Not to a bar either. You want to evaluate the other person’s potential for partnership with a clear head, so alcohol should be out. Even a movie is inadvisable. You should be looking at one another, not a screen of any kind (and this includes cell phones)!

Meeting for a non-alcoholic drink like coffee or tea is ideal, perhaps in the lounge area of a hotel lobby. Or you could take a walk in a tranquil place like a waterfront or park. After a couple of dates – providing some common values and goals have been identified – you can then take her to a restaurant and pay the bill.

Take these opportunities to learn about her personality – how she reacts in different situations and places. See how she treats her family, her friends, your friends, the waitress, and the other people around her. From her social engagement, you can learn a lot. It doesn’t matter if she is extroverted or quiet – what matters are her core principles and her manners.

An insistence on chivalry is a rare and admirable quality in today’s world. May you realign your priorities and your dating arrangements to find a woman who’s worthy of it – a woman who’s truly beautiful, both inside and out.

PODCAST: The Top 4 Qualities to Look for in a Spouse

Why Do Some People Have an Easier Time Getting Married Than Others?
Megillah Gorilla Saves the Day
Challah Reuben “Grinder”
Big OnThe Little Things
Comments
MOST POPULAR IN Dating
Our privacy policy
Aish.com Is Looking for Great Writers