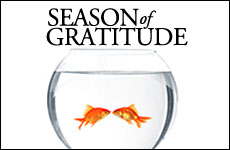 Tonight I'm getting married -- in no small part, thanks to you.

Unbelievable to write it, overwhelming, amazing... but it's true.

My article, "Season of Isolation," ran on Aish.com just prior to the High Holidays. It detailed the emotional challenges I associated with the season: the loneliness, the frustration of being "in the same place" year after year, the continuing struggle to maintain hope and a positive outlook after 11 years of the same unanswered prayers.

I was overwhelmed by the response to the article: Hundreds of comments, people writing in with blessings (and invitations to join them a meal on Rosh Hashana), and - best of all - friends forwarding the emails they'd received from friends of theirs with notes saying things like "Read this article. It expresses exactly how I feel."

If nothing else, I felt I'd been able to give voice to the pain and frustration so many single people feel, and reassure us that we're not alone. Maybe someone thought to invite that divorced guy from shul to join them for the break-the-fast. Maybe a few people were moved to try to set up some of their friends. And maybe, I thought, just maybe, the prayers that I asked for might do something for me and for others...

I've long believed strongly in the power of prayer, but I had no idea just how powerful your prayers really are!

The article was posted on August 19, 2007. Exactly one month later, I met a wonderful man. Less than two months after that, we got engaged. And today we're getting married.

The last six weeks have been crazy and stressful and emotional as I planned a wedding and prepared to move my life quite a long-distance to build to a new one with him. Details and movers and family and travel and a big work project to boot... what wonderful problems to have!

I am grateful, just thankful beyond words.

In what seems like an instant, every annoying cliche people tell "older singles" came true.

No drama, no ups and downs, just the clear, comfortable, wonderful feeling of, "Ah! This is who I was waiting for!"

In the blink of an eye, the sadness and loneliness that was a subtle part of my (otherwise happy) daily existence evaporated - replaced by wonder and amazement and gratitude. The Almighty brought me together with a man better and more suited for me than I could have imagined: Stronger, kinder, smarter, funnier, more accomplished, more loving, more patient... more of everything I ever thought was possible.

After so many dramatic ups and downs - dating that stopped and started, relationships that spurted and crashed, after enough false starts that I feared being burned by someone else's fear of commitment or intimacy - came a connection so clear, so easy.

No drama, no ups and downs, just the clear, comfortable, wonderful feeling of, "Ah! This is who I was waiting for!"

If I'd received a letter telling me that I would meet my bashert on September 19, 2007, I could have saved myself the endless agonizing over when he was going to come. I would have remained mindful of the fact that God is in charge and, in the meantime, my job is to make myself into the woman who deserves him (I'm not sure I do, actually).

Of course, being human (and not having that date), I couldn't do that (though I did try). I struggled and I cried and I despaired. I reached out to wise people who could help me or offer advice and I went through periods where I took breaks from dating (either because I needed to nurse a broken heart or because I was just worn out). Sometimes I was fussy and sometimes I was easy-going and sometimes I was exasperated and sometimes I was able to be grateful for all that I had, even if what I wanted most was lacking.

And now I wish I could go and give a little piece of what I feel right now to every person still carrying the load I bore for so long - and I don't mean the relief. I want to share the over-whelming feeling that all along God was with me. All along, He had a plan.

All along God was with me. All along, He had a plan.

And, painful as it is to realize, as much as I don't understand why it had to be this way, I see that this is how it had to be.

Someone told me during one of the more bleak periods that there is no comfort. There just isn't any. The only way to feel better, she said, was to be on the other side.

I don't know why but I found those words tremendously reassuring. My work was simply keeping in touch with the fact that there would be, someday, another side.

And here I stand, about to start the next chapter of my life. I know it won't be easy. I know we will face all sorts of challenges and some of them I know already and some we're sure to discover along the way. God gave me, I know, what I asked for - the next set of challenges.

I am so, so grateful to Him.

And on my wedding day, I want to thank all of you - cheesy as it may sound - because there is absolutely no doubt in my mind that your prayers were part of what brought me here.

I didn't suffer through the holidays as I normally do, and then, as they ended, into my life walked this man. And tonight, as I walk around him seven times, symbolically building our new home, I will be humbled by the incredible abundance being poured down on us. I will be praying for us and for the home we will build and for the children we will raise together.

And I will be asking God to help me be the woman and wife he deserves, the kind of mother his children deserve to have, and that I am able to take the challenges we face and grow from them.

I will pray that I never forget where I stood just four months ago and that, soon, He will bring this feeling of redemption, this joy, this relief, this sense of overwhelming happiness and peace, to each and every one of us.

In Jewish tradition, one says "Mazal tov!" whether or not a particular joyous occasion- a birth, a bat mitzva, a wedding - belongs to you specifically. Because every such occasion is a cause for joy for the entire Jewish people. We all have a part of each other's happiness.

Tonight my heart overflows with happiness and gratitude. And it belongs to all of us. 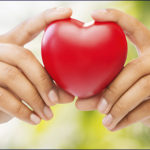 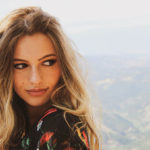 Hooked On Hooking Up5 min read 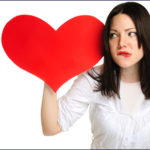