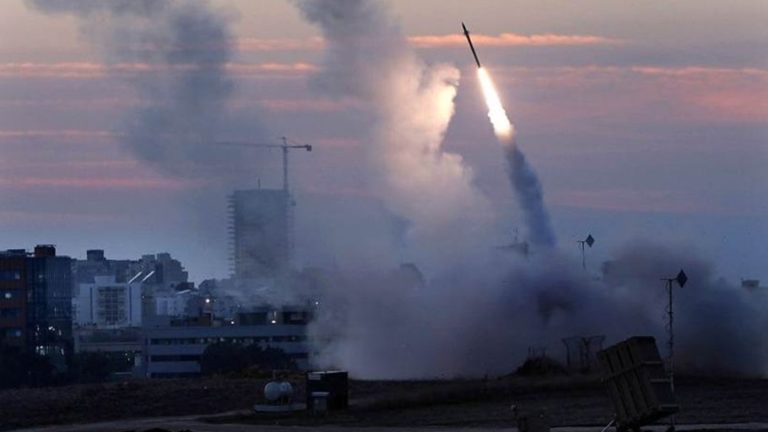 What it’s like to be awakened by a 'Code Red' siren alerting you to the incoming Palestinian missile.

Most Americans have never had the experience of being wakened in the middle of the night by a Tzeva Adom (“Code Red”) siren, rushing to the closest bomb shelter, and hiding in the shelter while listening for the explosion of a Palestinian missile. I recently had this experience and am writing to share it with non-Israelis.

Together with nine other Sar-el volunteers, for three weeks this summer, I was stationed on an IDF base in fairly close proximity to the Gaza Strip. Immediately after flag raising on our second day on the base, the soldier (Danielle) in charge of our team of volunteers called us together: “Now there’s no reason to be nervous, but you should know that this morning Hamas fired 28 missiles from Gaza into Israel. Iron Dome shot down most of them but five landed in Israel. Three fell in unpopulated areas, but two did not. One of the latter fell in the playground of a kindergarten, and luckily no one was hurt. Since we are not too far from Gaza, you shouldn’t worry, but I will show you now the closest bomb shelter.” 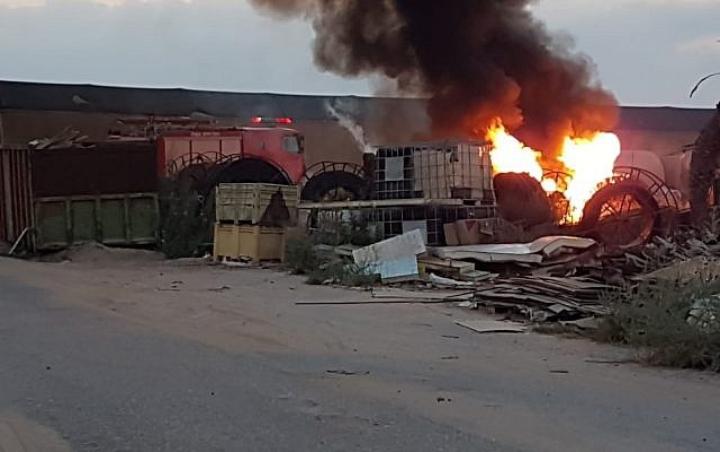 The site where a projectile from the Gaza Strip hit a house in the Eshkol region of southern Israel, injuring two people, on August 9, 2018. (Eshkol Security)

We were far enough away from the Gaza border that the Hamas missiles that morning had not triggered the Tzeva Adom sirens in our area. The news about the nearby missile attack did not alarm us, and most of us forgot about it by the time we went to work. We worked side-by-side with the soldiers engaged in manual labor and we were on our feet all day. So by the end of the day, we were tired and went to bed uncharacteristically early – lights out by 9:00.

At 10:30, the Tzeva Adom sirens jolted us awake. Danielle ran down our corridor, banging on our doors: “Code Red Alert! Missile attack! Get to the bomb shelter fast!” We could tell by the urgency of her tone that this was not a drill. And so we all jumped out of our beds and ran to the bomb shelter.

What did I think about when hiding in a bomb shelter? As long as my family was not with me, I need not worry about them. But what about my volunteer colleagues? Were they all out of their bunks and safe in the bomb shelter? Yes. Phew!

Standing in the bomb shelter were volunteers and female soldiers. The volunteers (like me) were older but the soldiers were 18 – 20 year old young women. A couple of the young women were crying. Others hugged to comfort each other. I could see the fear in their eyes as they stood, staring at the floor. In uniform and carrying weapons during the day, these women looked tough. But in the bomb shelter, they looked like scared 12-year-old girls.

What did I think about in the bomb shelter while we waited to hear whether a missile would explode nearby? My first thought was a feeling of anger, directed at the Palestinians who were firing missiles at us. I knew that, if we were in a bomb shelter, so were tens of thousands of Israeli civilians who lived between our base and the Gaza Strip. I was angry that mothers and fathers had to scoop up their terrified children and hide in bomb shelters because the Palestinians seek to terrorize the Israeli population.

As I stood in the bomb shelter feeling helpless, my anger morphed into a second thought. None of this proportionate response stuff! For every missile fired into Israel, I wanted Israel to retaliate with 100 missiles. I knew that Israel’s response, unlike the Palestinians who target Israeli civilians, would be directed towards military targets and would strive to minimize civilian casualties. Certainly, if North Korea fired missiles at the US, the US response would be massive, not proportionate. And no one would expect less.

There’s an old adage that there are no atheists in a foxhole. Let me add a corollary to that adage – there are no pacifists in a bomb shelter. The urge to strike back at your attacker is instinctive.

That night, the Tzeva Adom sirens jolted us awake at 10:30, 1:30, and 3:00. Returning to our bunks from the bomb shelters the third time, Danielle joked: “See – we’re giving you guys the full treatment of how it feels to live like an Israeli. No charge.” Danielle’s joke evoked no laughs. We were sleep-deprived, exhausted, and consequently lacking a sense of humor.

Luckily, no missiles landed on our base for the three weeks we were there. Leaving the bomb shelter, each time I thanked God that no missiles had landed nearby and no one was hurt. The experience put me in a better position to empathize with those Israelis who live in southern Israel and have to endure those Code Red sirens and missile attacks on an almost daily basis. No one should have to live like that. And so peace can only be possible once the Palestinians cease their violence towards Israel. No one should expect more of a people forced to live in bomb shelters.

This blog originally appeared on The Times of Israel.

Mark Werner is a retired lawyer in Raleigh, North Carolina. He is the author of Army Fatigues: Joining Israel’s Army of International Volunteers (2008). He has just returned from his 17th volunteer stint on an IDF base.