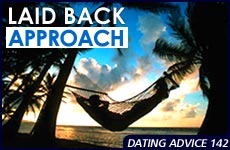 For years he played it cool. Now things are heating up and he doesn't know how to handle it.

I'm a man in my early 30's, living in a Jewish community with a small "dating pool." Needless to say, as the "eligible bachelor," many well-intentioned members of the community have me married off any time a new young lady walks into the shul. I don't have a great deal of dating experience, and I've allowed myself to become buried in other things, which is a convenient excuse for not actively pursuing my beshert.

One year ago, during Sukkot, a new young lady came to shul. I remember doing a double-take when I passed her. Needless to say, the next day, we both were invited to the same Sukkah for lunch. One of those well-intentioned friends made sure to point out in earshot of everyone that even though he was moving out of town, he expected an invitation to the wedding. Ouch!

For the next several months, we were nothing more than casual acquaintances. I was interested in dating her, but I allowed other responsibilities to get in the way.

A few months ago, while still running into each other regularly, we began corresponding by email. Small talk, with the occasional deep conversation, but we got to know each other a little better. We went on a few dates, and spent plenty of time together.

About a month ago, I got the "just friends" speech that everyone dreads. While she enjoyed spending time together, she just didn't feel any "spark."

I was taken aback, but I tried my best to take it in stride. After all, this was the first person I had come across in a while that I was attracted to. So I thought maybe I felt that way simply because "she was there."

But since then, we've continued to talk, and we've become fast friends. Most times, we go out of our way to make sure we are invited to the same Shabbos table. We've spent time together outside of the "environment," going out a couple times in what might be considered dates if I didn't already know better. We talk and email -- even more now than before!

As I've grown to know her, I'm more and more attracted to her in a non-physical way. I have never met anyone who treats all people with such kindness and respect. She's intelligent, funny, and caring, and the more I think about it, the more I think I've finally found the woman I want to spend the rest of my life with.

The obvious problem is, she already broke off the dating before we got to the point of a "courtship," but I think we've developed one anyways. And I'm afraid that pursuing it will only damage the friendship that we've developed.

Before we give you our suggestions, we'd like you to clarify one issue: Do you want to get married? If so, are you ready to look for a marriage partner right now? If the answer to the first question is "yes," and the answer to the second is "no," we believe you've got to address the reason for your recalcitrance.

A single Jewish man in his early 30s should be focused on marriage, or working toward being able to focus on marriage. He's past the stage in his life in which he has to sort out his values and goals, acquire an education, begin a career, and enjoy a period of irresponsibility and self-indulgence -- all of the customary reasons people have for avoiding marriage-oriented dating. (Not that we agree that a person has to accomplish all of these things in order to be ready for marriage, but we do believe that before thinking about marriage, a person should have a clear idea of his values and goals and be ready to share responsibilities with a spouse.) The time for his prolonged emotional adolescence is long gone.

Harville Hendrix, the noted psychologist and author of Getting the Love You Want and Keeping the Love You Find, notes that in past generations, bachelorhood was viewed as an interim phase of life. Men and women spent the first several years of adulthood figuring out who they were and what they wanted out of life, developing the interpersonal tools to enable them to achieve their goals as life went on, and sewing their "wild oats," after which they were ready to focus on and achieve marriage.

Dr. Hendricks notes that today, men and women have prolonged the period of young adulthood by a decade or more. As the two of us have learned through our experience with singles, the longer a person remains single the harder it becomes for him or her to be able to form a relationship that leads to marriage. As most single people age, they become more self-absorbed; they have spent their entire adult lives looking after themselves, and their ability to open up to someone else, and engage in the give-and-take that marriage requires gets further compromised the longer they remain single. In addition, as singles get older, they become more set in their ways and the possibility of changing in order to share a life with another person often discourages them from pursing promising courtships.

This is why we encourage people who would someday like to get married to work on being able to focus on this goal when they are in their 20s and early 30s. It is so much easier to achieve that goal during this period than later.

Another reason why we encourage marriage is that Judaism tells us it should be a priority in our lives. When Jewish babies, both female and male, are named, those present voice the hope that their parents will "raise them to Torah, chuppah and to do good deeds." There are no blessings for the comfortable lifestyles, advanced degrees, luxury cars, six-figure salaries, executive suites or well-funded retirement accounts that so many people believe they must achieve.

We believe that by focusing on traditional Jewish goals, more Jewish men and women will achieve a strong sense of satisfaction in many areas of life, and they will foster Jewish continuity in the process.

If you have decided that you truly want to focus on marriage at this point in your life, we believe you should become proactive. The inertia you have experienced feeds on itself -- you have to take positive steps toward achieving your goal. The first step is to determine whether your friendship with the woman you have written about has a future. You feel so strongly that she might be right for you that if you remain in limbo, as you are now, you might stay single for an indeterminate period of time. You cannot devote the necessary time and energy to anyone else, if you carry a torch for your old flame and confide in her the way you would confide in a serious dating partner.

You need a heart-to-heart discussion to alter the status quo between you. Pick an appropriate setting, give yourselves enough time for the conversation, and tell her what you have told us. If she has changed her perception and decided that you might indeed be the type of person she is looking for, the two of you can resume your courtship. If, on the other hand, she still isn't interested in you as a prospective partner in life, you've got to be able to accept this, mourn your loss, and move forward. Otherwise, you will probably be stuck in this limbo for a prolonged period.

We have often seen situations in which a person meets someone who is "almost the one" -- a man or woman who could be right for them, but for one reason or another falls a little short of the mark. Once that person is able to accept this fact, grieves, and moves on, he or she often finds the "right" person soon after. Perhaps this near-miss has made them better attuned to what they truly need in a spouse, or enabled them to better focus on building a strong relationship, or enabled them to open their eyes to really see the people around them.

If things don't work out between you and this woman, we strongly believe that you've got to change your approach and make getting married -- to the right woman -- your priority. Since you live in a small Jewish community, this means getting in touch with friends, rabbis, and matchmakers in other cities in your region, and networking within your community as well, to find suitable dating partners who live within a reasonable (and perhaps not-so-reasonable) travel distance. It means putting as much time into working on yourself, networking and actual dating (in this realm, our book, Talking Tachlis, may be very helpful to you) that you put into your synagogue work, community work and leisure time. Finding a suitable marriage partner should take on the importance that a job search would take if you had lost your job.

One final thought: It could be that the woman you were seeing wasn't interested in you because of your laid-back approach. Many times women are turned off when a man doesn't pursue them, or seems too wishy-washy about what he wants out of life, or out of their relationship. This can continue to be a problem for you with future dating partners. And if you address it, that might turn this woman around!

We hope that you take our suggestions to heart, and will write to us soon with some happy news.