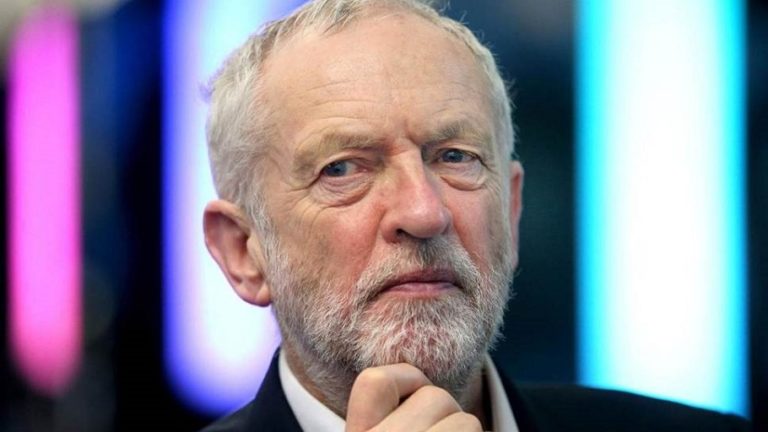 The real task is to start telling the British public that everything they hear about Israel from the media and intelligentsia is a lie.

Britain’s Labour Party has a major problem with rampant anti-Semitism. It knows it has to deal with it.

So what has it done? Dug itself so much further into this particular hole that some in the party fear it has now dug its political grave. Last week, the party’s governing National Executive Committee (NEC) redefined anti-Semitism in such a way that it has legitimized it within its own ranks.

In its new code of conduct on anti-Semitism, it adopted a definition which significantly differed from the one created by the International Holocaust Remembrance Alliance (IHRA).

The IHRA definition has been recognized around the world and adopted by the British government and numerous British official bodies. Yet in its new code, Labour twisted it by excising its application to attacks on Israel.

This is a circular argument of Orwellian proportions. For the code defines anti-Semitism solely as bigotry against Jewish people or institutions. It does not define it as bigotry against the State of Israel. But most anti-Semitism on the Left takes the form of obsessive and paranoid falsehoods, distortion and double standards directed at Israel’s behavior, with much of this onslaught echoing the tropes of medieval and Nazi Jew-hatred. This targeting of Israel as the collective Jew is the new anti-Semitism.

As such, the extraordinary fact is that in order to tackle anti-Semitism in its ranks Labour has now become a party of institutionalized anti-Semitism.

So bad is this situation it has even managed to bring together in unprecedented unity 68 rabbis, some of whom habitually refuse to share a platform with certain other rabbis, as signatories on the same letter of protest.

The issue now threatens to tear Labour apart. On Monday evening, the parliamentary Labour Party voted overwhelmingly to endorse the full IHRA definition – only for the NEC to overturn this the following day.

This provoked the veteran Jewish Labour MP Dame Margaret Hodge, whose relatives were murdered in the Holocaust, to call Labour’s far-left leader Jeremy Corbyn “an anti-Semite” to his face when she confronted him in the House of Commons.

The Israel-Palestine conflict, she said, had been “allowed to infect the party’s approach to growing anti-Semitism.” In adopting its new code, the NEC had chosen “to make the party a hostile environment for Jews.”

Astoundingly, the leadership has reacted by threatening to discipline Hodge for “bringing the party into disrepute.” So get this – a party that has institutionalized anti-Semitism is now accusing a Jewish protester that she has brought it into disrepute! You really couldn’t make this stuff up.

Yet there’s something odd about this crisis. It’s all just about a form of words. Does anyone really believe that if the Labour leadership were to cave in and adopt the full IHRA definition, anti-Semitism in the party would then be properly addressed and go away?

After all, the fact that the full definition has been widely accepted has not prevented the usual calumnies and distortions in the way the British media have been misreporting the violence from Gaza.

It has not prevented the media failing to report the hundreds of rocket attacks against Israeli civilians and weeks of incendiary airborne devices setting fire to acres of Israeli farmland, while misrepresenting Israeli air strikes in response as aggression. It did not prevent an interviewer on BBC Radio’s Today program the other day berating an Israeli spokesman for killing children in Gaza. The key point is the refusal to acknowledge that the campaign of irrational, mendacious and obsessive incitement against Israel is the new form of anti-Semitism.

Yet although Israel has been attacked in this way for years, virtually no one has called this out. The Anglo-Jewish community leadership ran a mile from it.

On TV in 2002, I was accused to my face of dual loyalty. At another time during that decade, I attended a debate at which one panelist said, with virtually no push-back, that British Jews now needed to choose between supporting Israel and remaining loyal British citizens. This anti-Semitic trope has now been commonplace for years.

The Jewish leadership has always been nervous about linking Israel with anti-Semitism, believing that Israel merely “complicated” the issue. But today, it is the issue.

Now British Jews find themselves caught up in an internal Labour Party war over it. The real agony for them is that the climate in Britain has deteriorated to such a point that Labour feels licensed to treat British Jews – as Chief Rabbi Ephraim Mirvis has said – with unprecedented contempt.

They plan a continuing campaign to get Labour to adopt the full IHRA definition. But that is to continue avoid confronting the elephant in the room.

This is the fact that so many on the progressive side of politics have swallowed the Big Lies about Israel. And that includes a dismaying number of British Jews themselves, who do things like recite kaddish for Hamas terrorists killed by Israel to prevent them murdering Israelis.

These Jews for Injustice against Jews who demonize and delegitimize the State of Israel provide cover for Labour’s new anti-Semitism. This stretches far beyond the Corbynite hard Left; it is in fact the default position for most of liberal and left-wing society.

The real task, therefore, is not to adopt the IHRA wording. It is to start telling the British public that virtually everything they hear about Israel from the media and intelligentsia is a lie; that anyone who supports Palestinianism is endorsing the most profound and demonic kind of anti-Semitism; and that Israel stands unambiguously for law, justice, truth and human rights, and that those who vilify it are themselves repudiating all these things.

Will British Jews finally step up to the plate and start saying all this? Unlikely. Why? It’s not just their timidity. They first need to start believing it themselves.

Why Go To Poland?
Blessing on Chewing Gum
Was Rahab a Prostitute?
Extras In Our Own Epic
Comments
MOST POPULAR IN Israel
Our privacy policy