I Want My Death to be a Jewish One 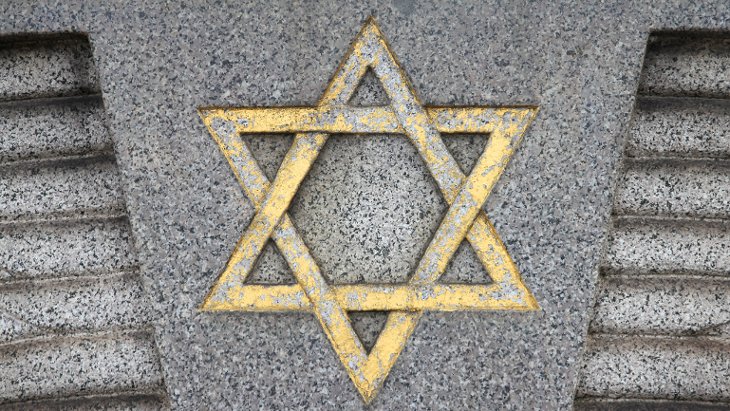 During the Holocaust monasteries were Paula's refuge and she delved into Christianity. But now, at 94, she’s decided she wants to die as a Jew.

Earlier this month, Holocaust survivor Paula (not her real name), decided she had to become Jewish again, decades after she had to convert to Christianity in order to survive.

She climbed the stairs that led to her local rabbi’s office with a singular goal: Some 80 years after being baptized into Christianity, she wanted to return to her roots.

“I’m going to die and I want my death to be a Jewish one,” said the 94-year old Venetian native.

"Paula" was the name given to her as she endured the horrors of the Holocaust, where she sought refuge by moving from monastery to monastery throughout the picturesque Italian city. In an exclusive interview with Israel Hayom, she tells her story – asking us not to reveal her true identity – for fear of persecution.

Her roots in Italy are difficult to trace, most likely because her grandmother was born out of wedlock. At 25, her grandmother married another local Jew and received a dowry in the form of a big house. To this day, her descendants – including her granddaughter – live there.

As the noose tightened around the necks of Jews across Italy, many Jews baptized their children, hoping to hide their Jewish roots and save their lives.

Paula, though, was born in 1925 to a family that was both assimilated and connected to the local Jewish community. In the late 1930s, when the Nazis' rise to power coincided with that of Italian dictator Benito Mussolini, the noose tightened around the necks of Jews across Italy. As a result, many Jews baptized their children, hoping to hide their Jewish roots and pass as Christians, hence saving their lives.

In 1938, the 13-year-old girl was abruptly taken to a nearby church by her aunts, where she was baptized.

“In those years, the race laws went into effect and my family thought that if I was baptized, the Germans would let me live," she recalled.

Her mother went into hysterics when she heard what her aunts had done.

“My mother quickly washed me, in an attempt to rinse the baptism off me,” she said.

Her mother died that very same year, and the family decided it was best for Paula to hide in monasteries so German forces wouldn’t find her.

“There I was given a new name and forgot my real one,” she said, saying she hid in those buildings for some two years and barely saw her family, who were starving under Mussolini’s rule.

“I had dresses with big pockets, where I would hide morsels of food and give them to my aunts whenever they visited me,” she said.

During that time, the Allies began to occupy the country from its southern coast, compelling many Italian officers to flee to the north – some even staying in the very convent where Paula hid.

Paula then feared she may be discovered, so she and her sister quickly relocated to another monastery.

While staying in these monasteries, Paula attempted to diligently practice the Christian faith, but she never truly connected to the religion and only pretended to do so in order to save her life.

When the war finally ended, the two sisters reunited with their father, an engineer imprisoned in a labor camp in Germany.

“When my father returned, he knocked on the door thin and emaciated. I didn’t recognize him. I didn’t know who he was,” she said.

Life, eventually, returned to normal. Paula became a pharmacist and opened a laboratory at the University of Venice, which continues to operate. After a distinguished career, Paula was considered a prominent figure in the city’s healthcare industry.

She went on to marry a non-Jewish man and had two daughters with him.

“Because I was baptized at such a young age and against my will, I always identified with the story of the anusim,” she explained, referring to Jews who were forced to abandon their faith and convert to another religion while secretly remaining as faithful to Judaism as they could.

Over the years, she maintained an informal relationship with the local Jewish community in Venice. But it was only a month ago that Paula decided to begin the process of becoming a Jew once again.

Paula and her daughter blessed the new mezuzah we hung on her door.

After contacting the local chief rabbi, she was referred to Rabbi Daniel Touitou, an emissary at the Strauss-Amiel Institute of the Or Torah Stone network.

Upon hearing Paula’s story, Rabbi Touitou immediately uncovered Paula’s family history and scanned local archives. The documents revealed that Paula was indeed Jewish and all she needed to do to be admitted back into the fold was to hold an official ceremony.

According to Rabbi Touitou, assimilation and intermarriage pose significant challenges to the local Jewish community, where there are only some 450 left. And although Venice is a very open and tourist-friendly city, there are undercurrents of anti-Semitism, he explained.

“My wife and I came to her house,” Rabi Touitou said. “Paula and her daughter blessed the new mezuzah we hung on her door. We were very excited about her unconventional journey back to Judaism. Paula and her daughter cried when we gave them her certificate admitting her back into the religion.”

Jewish Cheerleader in the Bible Belt
Live Abortion Panel
Morality and Abortion: Three Views
There Are No Limits
Comments