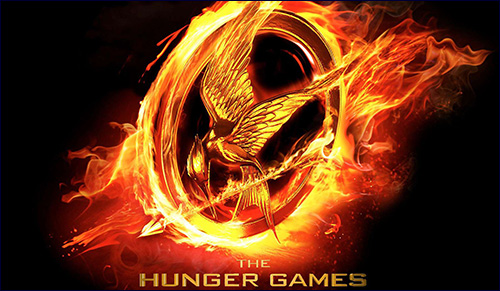 The new installment of the Hunger Games trilogy teaches us a lesson about Hanukkah.

As far as a candle staying lit for 8 days, well, my kids leave lights on for days all the time.

And as far as a candle staying lit for 8 days, we have light bulbs these days that can stay on for years. My kids leave lights on all the time. We come back from being away for the holidays, and I’m like, “Has this light been on for 8 days?” It’s not impressive, it’s annoying.

But my point is that this all seems like a pretty small deal. Even if the miracle itself is impressive, it’s one candle. Why do we care so much? We’re fighting an army here!

“Yeah, but we have a candle! And it’s staying lit longer than we thought it would!”

But sometimes a movie comes along that shows why a small thing can still be a big deal.

The Hunger Games: Catching Fire – part 2 of the 4-part Hunger Games Trilogy – strikes several parallels to the story of Hanukkah. And not just because the folks in the Capitol are sort of like the Greeks, with their chariots and their Olympic games and their bulimia. (They actually have drinks that make them throw up so they can go on eating. Though when I throw up, I usually don’t feel like going on eating. What are they eating? Tea and toast?)

But there are more parallels. Obviously, there’s the fire reference in the title. Though you have to wonder, what does that title even have to do with the movie? I don’t actually remember anyone catching on fire. Is it just because she wears a dress that turns into flame, and, like the candles in the story of Hanukkah, can keep burning but not get consumed?

But the question goes even deeper than that: For the entire movie, the president of Panem – the most powerful man in the world who rules over the mining district, the fishing district, the clown makeup district, the diamond district, and the district that manufactures hologram TVs for poor people, and so on – is entirely obsessed with one girl.

Um, don’t you have a country to run? I don’t know that you have room in your life to be obsessed with reality TV. Isn’t there, like, a rebellion brewing?

And this isn’t even a particularly ambitious girl. What’s one girl? Sure, there’s a rebellion, but what does it have to do with her? She doesn’t start the rebellion. She’s not the leader of anything. She just wants to be free to hunt turkeys and have her little love triangle dramas.

But it doesn’t really matter what she wants. Because it’s not just the president. Everyone is looking to her. Literally. In this world, even the poorest of the poor have hologram TVs down in the mines, and the only show besides the news, as far as we can tell, is the Hunger Games. Katniss is the one celebrity on the one show that everyone watches.

The president knows this. For a long time, everyone was thinking about rebellion, so he created the Hunger Games to be a show that everyone watches that pits districts against each other to discourage them from banding together. But now this show they all watch is actually the spark that got them to start rebelling, when everyone – the entire nation – saw Katniss threaten to eat poison berries in the 74th Games. She reminded them that the enemy was not each other, but the game itself. She gave new meaning to the term, “beating the game”. Katniss didn’t just win the game. She stood up and flipped over the game board.

And what do they do with her? What they do with all the winners – they give her a victory tour. She goes around the country with Peeta (her TV husband), Haymitch (Woody Harrelson without the alcohol), and their escort, Lady Gaga, and she accidentally starts more fires along the way.

Needless to say, the president is not happy. And now he can’t just kill her, because that won’t stop everyone from rallying behind her. She doesn’t actually have to be alive for that. She’s not leading anyone. So he wants to get her to act like those who live in the Capitol – to show everyone that she’s become The Man.

In other words, assimilation.

In other words, assimilation. That was the challenge of Hanukkah.

“Be like us,” the Greeks said, “and your life will be better.”

But being like the enemy only makes life better because the enemy is in charge. Being like them isn’t winning – it’s surviving. And then every day is just survival.

“This trip doesn’t end when you get back home,” Haymitch tells her on the train to the Capitol. “You never get off this train.”

And when Katniss doesn’t give in, the president tries a different strategy: He hires a new game maker – Plutarch Heavensbee, who sounds like a character from Harry Potter – to create the 75th Hunger Games, also called the “Quarter Quell”. This is basically an All-Stars Game made up of returning champions of previous Hunger Games, such as Sharp-Teeth Girl, Aquaman, The Professor, Random Extra #13, and also someone’s grandmother, who thought they said “Quarter Kvell”. Also in this game are Katniss, with her serious bow-and-arrow skills, and Peeta, with his serious cake-decorating skills, which he picked up as a baker in District 12, where people are starving, but still want to pay someone to decorate their cakes.

And most of the tributes are pretty unhappy about being called back for the games.

“Again?” they think, as Jews have for thousands of years. “I just survived the last thing!”

The president’s plan is that if he can’t convince Katniss to assimilate on her own and make people hate her, he has to force her to – in other words, put her in an arena, where, even if she survives until the end, she’ll have to kill her allies.

If your kids pester you to give them cookies before dinner, and you do, did you win because you got them to stop pestering, and you’re now free to make a dinner that no one will eat?

Sure, Katniss is one celebrity. And in the Temple, the menorah was one light. What’s the big deal, right? Light it a week later, after you find more oil.

But in the Temple, the menorah was THE light. The Greeks ripped apart the Temple and turned off the power. If the Maccabees could get the lights going again, the message would be that they’re open for business, and that would spark the hope they needed to finish up the war with the Greeks.

All you need is one small spark to catch fire.