How to Tell if Your Dog is Jewish 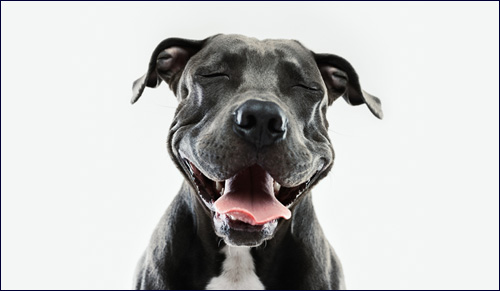 Do you have a Shlomo or a Fido?

What self-respecting Jewish family would not, if given the choice, pick a Jewish dog? Yet one typically does not even give a thought about one’s dog’s religion. And even if one did, how could one possibly ensure that the dog you’ve chosen to invite into your home to become a treasured part of your Jewish family—is, in fact, Jewish? Worry about this no more, my beloved Judaic friends. For after years of study, research, interviews, and consultations with experts, I am about to publish the only guide of its kind, “How to Tell if Your Dog is Jewish”. At long last, you can have peace of mind about at least this one small yet vital part of your family’s life. You’re welcome. Here are some excerpts:

When you walk past a Jewish deli does he makes a sharp turn towards the pastrami?

Does the dog you’re considering bark, growl, or yelp? Not a Jew. On the other hand, does he or she sigh, whine, or recite portions of the Haftarah? Rejoice! You have a Shlomo rather than a Fido! Of course, having a dog who sighs all day could be seen as a tad depressing, which is why God created canine therapists. In addition, isn’t a dog who wines healthier, in the long run, than a dog who holds it inside allowing it to build up resentment and most likely gas as well? And finally, a dog who can recite Haftarah portions could be seen as unbelievable. To that charge I would only say check out the parrot who can sing an entire Frank Sinatra album, and the dolphin who can recite the Gettysburg Address. I rest my case.

For a week, chart the things (and people) that your dog sniffs. Clothes may make the man, but smells make the dog, and in particular, the Jewish dog. Do you find him primarily sniffing the pets of other Jewish pet owners? When you walk past a Jewish deli, do his nostrils go crazy as he makes a sharp turn to steer you toward the pastrami? And while we’re on the subject of Jewish meat, has your dog, after getting a whiff of your Shabbat brisket, jumped up on the table and gobbled it down while you’re distracted lighting the candles? He no doubt never did the same to the decidedly un-Jewish Jell-O mold with floating fruit salad inside. And finally, when you take him grocery shopping and you arrive at the check-out stand, do you notice jars of gefilte fish in your cart that you know weren’t selected by you? And then he tries to look all innocent.

Start noticing which shows appear to capture the attention of your dog. Is “The Big Bang Theory” one? One of its stars, Mayim Bialik, is a relative of Israel’s national poet Haim Nachman Bialik. Jewish actor Simon Helberg plays Howard Wolowitz, a neurotic Jewish engineer with an overbearing Jewish mom. He might also cozy up to “New Girl”, which features its sometimes uncomfortably awkward Jewish jokes, mostly surrounding its one Jewish character, Schmidt, a narcissistic yet kind of darling marketing associate. Schmidt is played by Jewish actor Max Greenfield. And over on Amazon Prime, there’s Woody Allen’s “Crisis in Six Scenes,” a six-episode miniseries, which follows a suburban Jewish-American family in the 1960s whose life is “turned upside down” by an unexpected, freewheeling guest.

Does your dog do the standard dog tricks? Sitting up, rolling over, playing dead, begging, jumping up? Not to detract from those perfectly fine accomplishments, but the Jewish dog’s tricks are simply a bit more, how shall I put it, Judaic. When it’s time to pray, the Jewish dog will fetch its owner’s yarmulke and tallit. He will wash his paws before Shabbat dinner. If he notices meat and dairy products on the table at the same time, he will put the dairy products away. He will stop any activity if a Jewish comedian appears on TV. And he will bark perfectly in time with the song, “If I Were a Rich Man”. Finally, if a Jewish dog is agitated, it will calm down almost immediately if you read it selections from Barry Manilow’s biography.

If your dog turns up its nose at Purina ONE Smart Blend, couldn’t care less about Hill’s Science Diet, yawns at just the thought of Rachael Ray’s Nutrish Natural Dry Dog Food, won’t even taste IAMS PROACTIVE HEALTH Adult Dry Dog Food, pushes Natural Balance Limited Ingredients away, just smells EUKANUBA and walks away, and just growls at Hill’s Science Diet, you may well have yourself a Hebraic canine. To test it out for sure, fill his bowl with a mixture of kasha, matzoh balls, chopped liver and kreplach, and leave the room for five minutes. When you return, if his bowl looks as clean as though you had just washed it, well, there’s your proof. Especially if you then notice your dog in the corner of the room, davening.

Through the magic of the brand new Canine Cranial Imaging Reader, I bring you the following actual thoughts from a Jewish dog: “I live rent-free forever, enjoy free food, can sleep all day if I want, my owner Shlomo picks up my poop every time I take him for a walk—and he’s supposed to be the superior species?! Oy, vey!” “Oh, sure, I’d sniff a non-Jewish dog; I just don’t think it would go any farther than the sniff.” “Why is it that only humans have bar mitzvahs? I want one, too. We could call it a bark mitzvah”… “This leftover bagels and lox with a shmear is out of this world. I only wish every day could be deli day.”

Then again, ask yourself if it really matters if your dog is Jewish. If it does, perhaps that’s a sign that your life is not Jewish enough to start with. Because if there’s enough Judaism in your life and in your relationships with others, you could have a Baptist dog, a Muslim dog, or an Episcopalian dog and still live a pretty good and satisfyingly Jewish life, no? Then again, if you’d truly prefer a Jewish dog, who am I to stop you? In fact, perhaps I’ll even cater to you and others by opening a Jewish dog shelter. It will be located, of course, between a bagel shop and a synagogue. I see this being franchised internationally. I’m practically rich! Hey, thanks for the idea!

Did Jews Kill Bin Laden?
Faith: the Axis Upon Which the Wheel of Science Turns
Love - Not Just About Chemicals Anymore!
Is There a Moral Code in a Virtual World?
Comments
MOST POPULAR IN Jewlarious
Our privacy policy