How Jerry Lewis Changed My Life 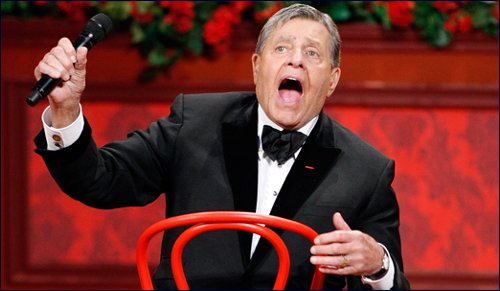 He taught me to pray with my feet and make an impact on the world.

I will never forget how Jerry Lewis changed my life at the young age of 10.

Jerry Lewis's dedication to the cause of muscular dystrophy was legendary. As chairman of the MDA beginning in 1966 and hosting the annual Labor Day weekend telethon, he helped raise over $2 billion over the course of the 40 years. When I heard about his death, the first memories that came to mind were not "The Nutty Professor" but his inspiration to me when I was a boy growing up in Atlanta, Georgia.

I vividly remember watching the telethon and the excitement to do my best to increase the tally on the board for “Jerry's Kids." On the Sunday of Labor Day weekend, I would walk around the neighborhood, going door to door to collect money for the children. Rather than write a check (which I did not have) or take only my own small amount of money, I was motivated to move outside my comfort zone and approach neighbors who I did now know for a cause I believed in. 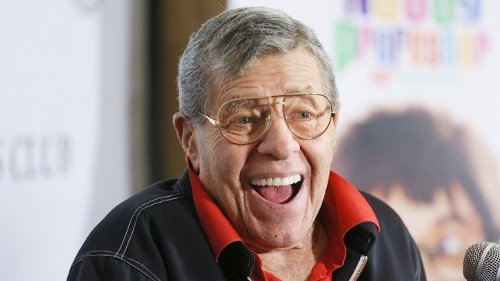 The Torah teaches that one act of kindness can reverberate for generations. I do not know what was in Jerry's heart when he spoke to me but he did once share, "I am probably the most selfish man you will ever meet in life. No one gets the satisfaction of the joy that I get out of seeing kids realize there is hope."

Thank you Jerry for instilling within me the possibility that everyone can make a difference. I remember counting each coin, not with joy for what I would get personally but for what I would give. I learned from you that it is not enough to wish for a better world but for each us to do our part to make it so.

The story is told about Elijah the prophet walking in the market place and commenting that two people earn a share in the next world. One of the people is a comedian who uses his humor not to downgrade others but uplift, not to hurt another but to instill hope.

Many of the obituaries and tributes are highlighting Jerry’s impact on comedy. He influenced such people as Jerry Seinfeld, Billy Crystal, Richard Pryor and Carol Burnett. In the words of Steven Spielberg, “Jerry went back to the silent era and he brought visual sight gags back to the American movie theaters.” That is only part of his legacy.

Jerry, you gave millions of children with muscular dystrophy hope. And you taught me and many others of my generation to pray with our feet and lead lives dedicated to harnessing all of our potential to share and inspired light in the world.

May your memory always be for source of blessing and may you rest in peace.

Rabbi Daniel Cohen has served in the rabbinate for over 20 years and currently is senior rabbi at Congregation Agudath Sholom in Stamford, Connecticut, the largest modern orthodox synagogue in New England. A husband and father of six daughters, he is also co-host with Reverend Greg Doll of the nationally syndicated radio show, “The Rabbi and the Reverend,” on Sunday mornings at 11 a.m. and evenings at 9 p.m. He speaks frequently on leading a life of legacy, and is the author of the new book, “What Will They Say About You When You’re Gone: Creating a Life of Legacy” (Health Communications, Inc.). For more information, visit www.rabbidanielcohen.com.

A Revolution Named Zahra
Were Adam and Eve Jewish?
How I Learned to Love the Multiverse
10 Big Jewish Inventions
Comments