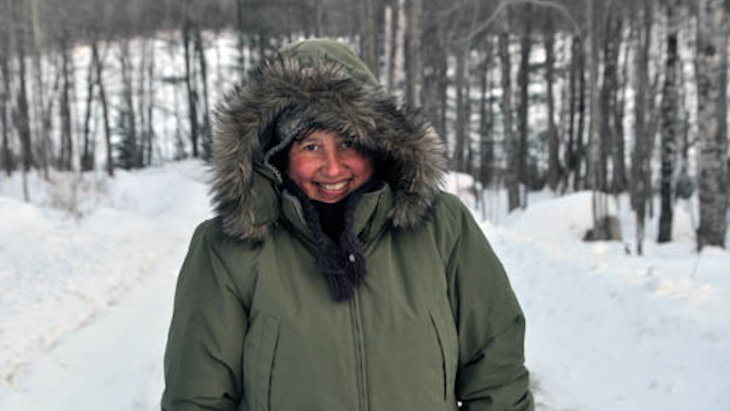 For 7 years we lived alone on a mountaintop. Then the three boys in Israel were kidnapped.

Ten years ago, I was beset with many personal difficulties. I started to question everything around me, as well as myself. I decided the best remedy was to remove myself from society as I knew it, and run to a mountaintop to clear my head. 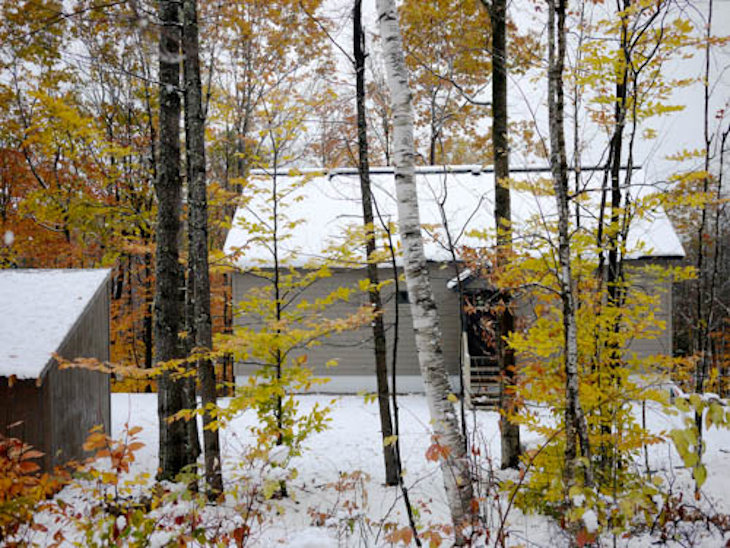 Our house in the woods

This decision shocked everyone around me since I had much to be grateful for. I have four wonderful children, all married, who’ve given me the world’s greatest grandchildren. I was physically healthy; I have lovely friends. I’ve been happily married to the same man for more than 40 years – he was supportive of this crazy adventure and joined in with me. I am deeply committed to my faith and keep Torah and mitzvot; I believe strongly in God. Those things never faltered.

I knew that the key to my sanity was in the mountains.

But as someone who felt the most spiritually connected when I communed with nature, and felt disappointed and stifled by the community in which I lived, I knew that the key to my sanity was in the mountains. We bought 5 ½ acres of raw land abutting the White Mountains and started building a house. I figured we’d spend maybe a weekend out of every four in our cabin, but as I became increasingly enamored of our hideaway, I spent more and more time there and less and less time in my hometown.

White Mountains in the fall

After a few months, we made the decision to move there full-time, coming back to our hometown only for Jewish holidays and family celebrations. Our grandchildren visited us in the summer, where we made magical memories together and we taught them various skills – how to kayak, fish, make fire without matches and build a shelter. They saw moose and bears and other wildlife. They learned about the power of God in nature, and they still speak of their time in the White Mountains many years later. 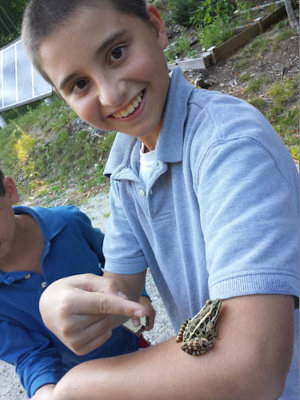 Our grandson with a frog

Our closest neighbor was 1.5 miles away. We were the only Jews in a hamlet of 234 people, many of whom were direct descendants of Revolutionary War heroes. There was no trash pickup; we took our trash to the dump nine miles away every week. Our house was powered by batteries generated by solar electricity, and our home was heated by a wood stove from trees on our property that we chopped, split and stacked, all requiring tremendous physical effort on our part.

The closest supermarket was 45 minutes away, requiring me to plan my menus well in advance. Due to extreme weather conditions, especially in the winter, we managed our food supply very carefully, along with emergency supplies to get us through 3 to 6 months of solitude and blizzards. Although I didn’t embrace the Y2K prepper philosophy per se, our bookshelves were filled with books about survival techniques, supplies, and do-it-yourself manuals. Daily chores were physically demanding and took a lot of time from my day. I loved trying anything new, even dog-sledding. Ironically, despite the isolation, we did have a DSL line so my husband was able to continue working as a computer programmer from our home. 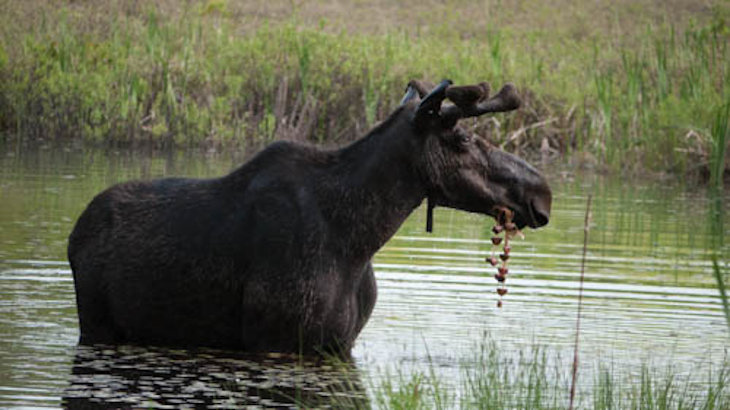 A moose at the pond at the bottom of our driveway

We signed up with Shabbat.com and occasionally hosted guests from all over the world looking for a “unique” kind of Shabbat experience. We hosted singles burned out from dating yet ever hopeful, a Satmar chassid trying to find himself, and Israeli boys on their gap-year tour of the world. Our kitchen was strictly kosher and we used few processed foods. The only time we ventured into the city, 90 minutes away in Portland, Maine, was when my husband had to say kaddish for a yahrzeit at the Chabad of Portland or if I had to go to the mikvah (there were plenty of natural lakes, but the water was just too cold to be practical).

Life was good and I was so grateful. I learned so much about living consciously and conscientiously. But then June, 2014 happened. The three boys, Eyal Yifrach, Gil-ad Shaar, and Naftali Fraenkel, Hy”d, were kidnapped by terrorists. Fifteen days later, their bodies were found. But during those fifteen days, my world changed. I saw how Israelis, no matter what their backgrounds, came together to pray for the welfare of the three boys. Each Israeli looked upon the boys as a son or a brother. Israelis put aside their differences and truly united for a common good. They had each other’s backs.

I wanted a front-row seat, to not only be part of history, but to contribute to it.

And I realized, living alone in our little neck of the woods, that I wanted to be part of that, and more importantly, that as Jews, we are bound together as a klal – a community. I experienced genuine anguish when the news of their murders went public, yet I was experiencing it as though I was outside a sealed gate, from afar, only looking in through a tiny window. And I couldn’t displace the thought that when Mashiach comes, although I would feel elation and joy, it just wouldn’t be with the same intensity of feeling from afar. I wanted a front-row seat, to not only be part of history, but to contribute to it. 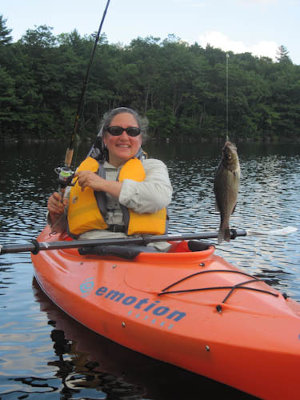 So after living seven years on our mountaintop, we were on the move. This time it was to Israel. I was still a daughter of the mountains – after living amidst nature I knew I could never live in a city again. In Israel there are many agricultural and suburban villages close to nature, where everyone knows everyone and embraces their communities with love and kindness as one giant family. That’s how we ended up in Moreshet, a religious village in the Galilee, where we built a house and from where I hope I never, ever to relocate again.

My years as an incidental prepper have left me in good standing, now that we are in self-quarantine. We made a shopping list of necessary food and emergency supplies, and I was pleased that when I googled “one-month emergency supplies” we were spot-on with every single item chosen. But there is one huge difference. Here in Israel, no one lives for himself. Everyone tries to assist, encourage and share with the other, even people they don’t know.

Quarantines are especially challenging for Israelis since the culture is so touchy-feely. There is always someone to respond and give advice (sometimes, even when you aren’t looking for it). If you run out of something but can’t make it to the pharmacy or supermarket, there is always someone who has your back. We may be in partial isolation due to the quarantine but unlike in our house in the woods, we are part of something bigger than ourselves.

I don’t pretend to understand the pandemic. We've been given a strange gift, but it is a gift and a time of wonder. Although I miss my children and grandchildren, we feel so blessed to be here in Israel, in our front-row seats to Redemption.

My Strange Relationship with Daniel Pearl

Choosing Life
Why Are The Prayers Of Yom Kipur So Repetetive?
Ha'azinu 5783: A Time for Unity!
Twisted Thinking
Comments