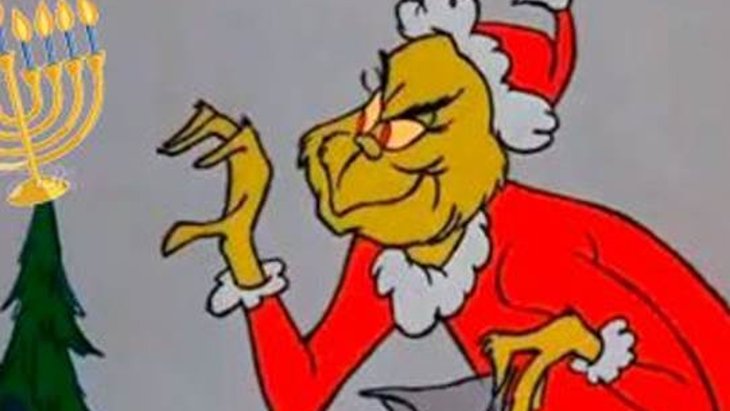 We’ve heard of people “stealing” other people’s holidays, but when Hanukkah rolls around, nearly every Jewish family has a potential “ScroogeStein or “GrinchBerg” in the making. Here are 12 signs so you’ll recognize Hanukkah Burnout out there in “Jewville.” (Beware – these behaviors are subtle and could be chalked up to just ordinary kvetching!)

By now it should be obvious (if you’re worth your weight in sour-cream and applesauce!) that “Grinchbergs” are actually feeling excluded and therefore the solution is to shower them with more Hanukkah happiness than they can handle. And jelly donuts, of course!

Find more Stephanie D. Lewis on The Huffington Post and at OnceUponYourPrime.com