God Wants Me to Make Lemonade 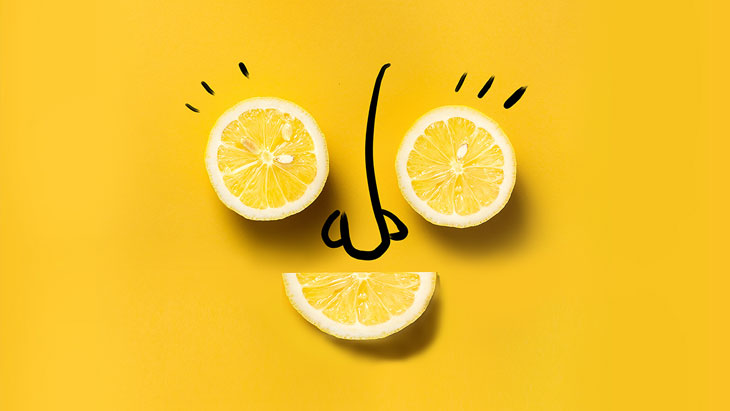 One journalist’s fight to make a difference despite having cerebral palsy.

I was born in the Bronx in 1973 with cerebral palsy. There were not too many services for people like me. If you were disabled you were either put in an institution, which was a horrific place, or your family took care of you. More often than not you were put in a horrible place.

Thankfully, that did not happen to me, but other horrific things did.

There are certain things that a father should never do to his son. Trust me, I know. When you have alcoholic parents it's not easy. It's double hard to deal with when you're challenged. The beatings I endured were horrible. “My drink made me do it…” so he told me years later. After he died I went to the grave and forgave him, but sometimes you never forget.

My mother said to my dad, “You have two choices mister: you either can get yourself assistance or go to jail.”

My mother was also beaten badly to point of having mental health issues throughout her life, but my mother was there for me every step of the way, especially when I was a baby.

The doctors kept on telling my mother, “He has mental retardation.” My mother said, “No. Please check again.” My mother arranged for a battery of tests to be done on me, and the doctors eventually found out I had minor cerebral palsy with a stiff gait. 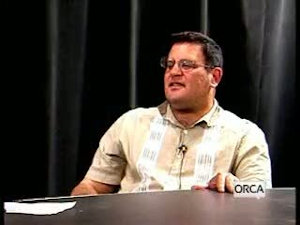 Over the years I went to physical therapy at The Rose F.Kennedy Center in the Pelham Parkway Section of the Bronx and got myself stronger and stronger. There were people that took care of me in life, like my grandmother and grandfather who took over the parenting role after a while because the abuse was just too much to endure.

I was in a special education school and then mainstreamed to regular education. I knew I wanted to help people in a positive way. So I studied human services and received my Associates at LaGuardia Community College at Queens, New York. And then I got my BA in Journalism at Lehman College. I was going to make a difference in people's lives, one way or another. Even though I had bad things in my life happen, I wanted to make lemonade.

When I first came to Lehman College I encountered a lot of negativity. People said things like, “Oh you will never be a news reporter – they would never hire you. You’re disabled and retarded.” I kept on hearing that blasted word. Oh how I hated that darn word.

Then I met a mentor who changed my life. His name was JJ Gonsolez, formerly of Channel 2 News NY where he was a news director. He was my professor at Lehman College and he took a liking to me and an interest in my work. He also invited me to Bronxnet Television which was a public Access TV station at the college where he was the news director for a half hour news show. I started doing news stories on health and disabilities, dealing with every topic from autism to Alzheimer’s.

When the news show folded because it was too expensive, I helped produce a show called Special People, Special Issues which was a half hour program that focused on issues for and about the special needs community. Bronxnet ended in 2015 because I needed to make more lemonade.

I was already married by 2011 to a beautiful wife. We even visited Israel to see family.

In 2015 my wife and I moved to Vermont. We had some struggles – the lemonade needed to get sweeter – but the Bronx was no longer a good place for people with disabilities. There’s way too much stress, so we moved to Vermont, to continue the mission of helping people through journalism.

Abled and on Air is a TV program that focuses on helping people learn how to be independent, as well as teach them through the people we interview on how to be productive members of society. There are many misconceptions about people with special needs; people always assume things. They think special needs people are not smart enough to get a job or they cannot dress properly or think properly.

One of the major things that bother me is people think that people with special needs cannot get married. One of the best things in my life is my wife and my family. Even though my wife has challenges with walking issues and other things related to her being a survivor of the attack on the World Trade Center in 2001, we are extremely happily married and deal with life as it comes.

I also value the closeness I have with God. People also assume that people with disabilities can't go to shul for religious services, and for years that was a problem. But that changed when my family took me to shul in Brooklyn and I've managed to find organizations like Yachad. They find ways to simplify the siddur so we can still be normal in every sense.

The lemonade keeps getting sweeter over time. Here’s the recipe: Whatever life throws at you, just use it to make yourself stronger and never give up.

For more information on our TV program in Vermont and on the Web visit www.orcamedia.net

Lawrence Seiler is a journalist despite his cerebral palsy, with over 25 plus years plus of experience. Originally from the Bronx, he now lives in Vermont with his beautiful wife. He concentrates on reports and journalism for and about people with special needs and wants to continue that mission on an International level in Television and writing to teach the world.

Finding Meaning Amidst the Coronavirus Panic

Letter to My Cremated Father

Saying Goodbye to Ruchama Rivka: A Father's Eulogy
Were Adam and Eve Jewish?
How I Learned to Love the Multiverse
10 Big Jewish Inventions
Comments