From Rose Bowl to Rashi: My Unique Journey to Judaism 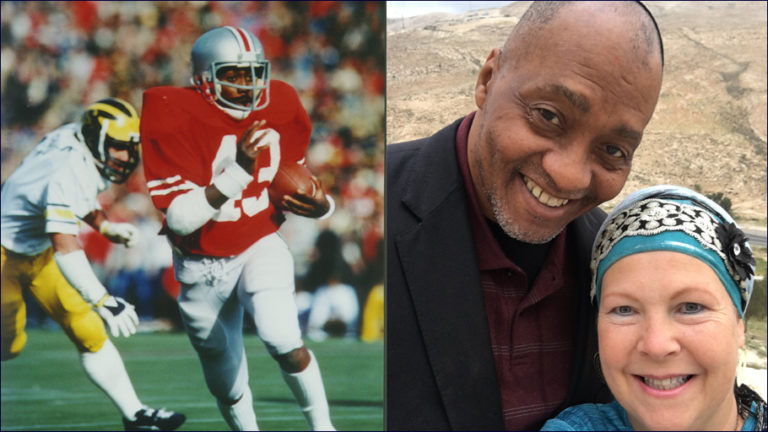 The legendary all-star Rose Bowl running back makes his most sensational touchdown run as an Orthodox Jew.

As I stood on the steps of the mikvah, for a moment I contemplated the life-changing event that was before me. In a few short moments, after emerging from the mikvah, I would be a new person, a Jew, with a new soul and a new destiny in life. I wondered what my wife was feeling at that moment. We had traveled on an arduous spiritual journey together, from evangelical Christianity to Orthodox Judaism, and after ten years of study we would soon reap our reward. 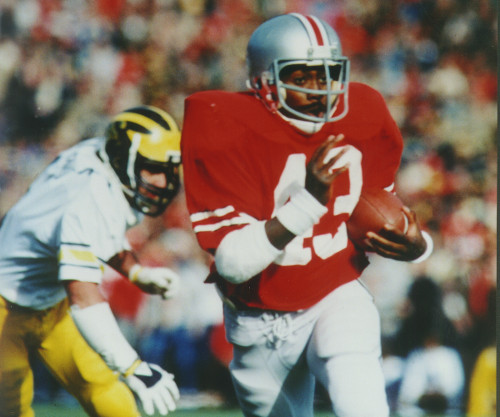 This, after being committed Christians, raising our six children in the church environment and serving as youth pastors. But our ever-increasing list of questions and discontent with the answers given forced us to seriously question what we believed. Being individuals with an intense thirst for truth and seeking a close relationship with God, slowly, slowly we began to see that Judaism held the answers. 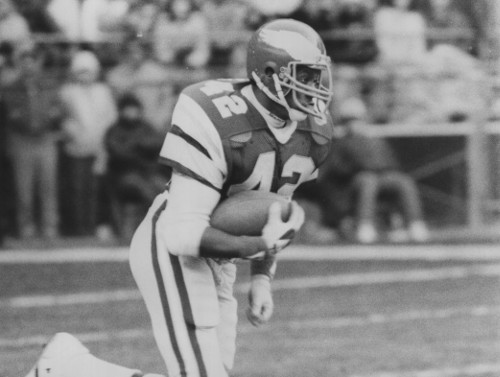 Not the typical journey for a black NFL football player.

I began playing football at the age of eight. By my junior year in high school, recruiters from the University of Minnesota, Ohio State, North Carolina State, University of Arizona, and Notre Dame were watching me with apt interest. The legendary Woody Hayes from Ohio State University made the biggest impression on my family and me, and I was offered and accepted a full football scholarship. The practices were pure torture but the end result was becoming a better man. Little did I know then that the very disciplines Hayes instilled in me and the moral values he taught me would be crucial in my spiritual journey to Judaism some 35 years later. 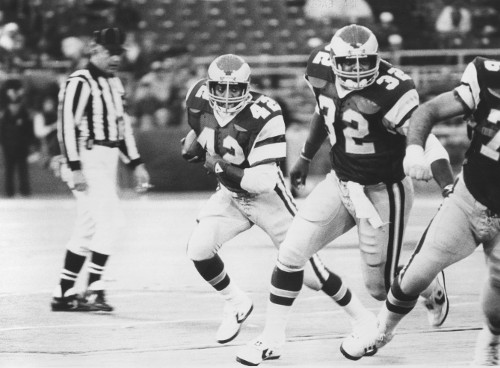 I lettered all four years at Ohio State, and in 1980 I was honored with being voted Team Captain and Most Valuable Player. In my senior year at Ohio State, I was drafted by the Philadelphia Eagles. I played two seasons with the NFL before an injury ended my football career. The discipline I acquired from my football career gave me the discipline to take on the myriad of mitzvot that govern a Jew's daily life. The constant study, practice, and repetitive actions all laid the foundation for the conversion process and for leading a meaningful Jewish life.

Conversion to Judaism impacts all areas of your life – what you eat, what you wear, your worldview, how you conduct your family life. It's not for the timid or faint of heart; it requires the fortitude to withstand rejection and the strength to stay the course. One of the rabbis of the Beis Din told us, “It’s a marathon, not a race.” Truly, it is not an easy path, but we cannot imagine living our lives any other way.

I was married to Emunah (then Jeri) in 1992, and then began our adventure, of raising six kids, of being youth pastors in a church, and spending our lives mentoring young people. We were committed to raising our five sons and daughter with the foundation of the Bible and relationship with God. However, 12 years into our marriage we got a taste of Judaism through a messianic congregation. This introduction to Shabbos and the Festivals sparked our interest to dig deeper. After eventually being terminated from our youth pastor positions for being “too Jewish,” we studied Judaism in our home. We eventually ended up at a local Chabad, where we spent two years continuing our studies. We finally decided to convert, which we did with the Beis Din of Detroit in 2013. We had a beautiful chuppah and celebration with our new community. 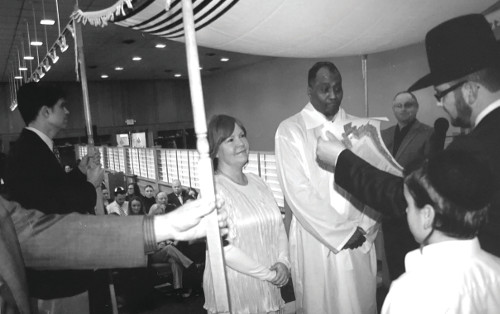 Under the chuppah with Emuna

We have been fortunate to move into a warm and accepting Jewish community where there are many learning and growth opportunities. We have been nurtured and loved, both by the community and numerous rabbis.

Conversion to Orthodox Judaism is a wonderful, transformative experience, and it is also the hardest decision we have made in our lives. You are not just adopting a new faith. You are adopting a people, a land, the Torah, and a holy tongue. Our path to Judaism was sometimes difficult and remains so to date. Many sacrifices had to be made along the way, not the least of which was having to uproot our children and move out of our family home of many years and relocate to the Jewish community. Another challenge was saying goodbye to people who had previously been part of our lives. This was painful at the time, but God brought us many new and wonderful friends after we relocated to the Jewish community.

A major challenge for me in becoming shomer Shabbos was that I could no longer participate in NFL alumni events, attend Friday night football games, or participate in OSU activities that largely occurred on Shabbos. Although our path was fraught with difficult and sometimes painful decisions as well as a drastic change in lifestyle, we have no regrets. The outcome has been deeply fulfilling and rewarding. We are forever grateful and humbled that we have the great privilege and responsibility of joining the Jewish People and striving to serve God. 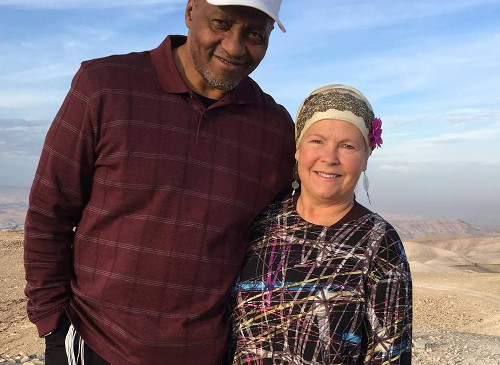 People often ask how our six children reacted to the conversion (our children share their honest feelings in our book, From Rose Bowl to Rashi). Our daughter was the most supportive; she even wanted to take the day off school to participate in our "big day" at the mikvah. Some of our sons were supportive and some neutral. There are resentments amongst our children, largely due to the fact that we cannot eat out as a family any longer (there are no kosher restaurants in our city), and around Shabbos observance issues, such as us not answering our phones on Shabbos. 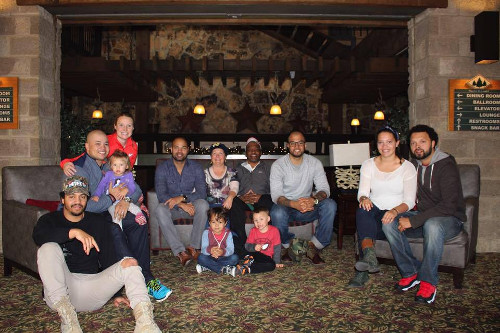 Our children are in various stages of discovering their own religious identities. None of them are practicing Christianity. Two of our sons initially expressed some interest in Judaism, and three of our sons are claiming atheism. Our daughter commented that seeing us on our journey has inspired her to figure out what she believes. My wife and I firmly believe they are all on the path God has laid out for each of them.

After my wife’s sixth trip to Israel and my fourth, I could see the sadness in her eyes each time we left Israel. We had discussed making Aliyah after we retired, which was still at least seven years away. One of the vows I made to God when we got married was that I wanted to make her the happiest woman in the world. I was starting to see that Aliyah was part of that happiness. 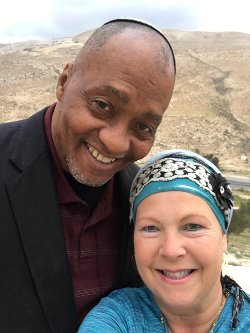 We developed a plan where she would move to Israel first, put down roots, and I would come later. We felt that doing a split Aliyah would ease our kids into the idea and make it more palatable for them. After consulting with several rabbis, and with the advice that we not be apart longer than 90 days at a stretch, Emunah made Aliyah in August, 2016. We agreed on a one-year trial period, and if at the end of one year if either one of us felt our marriage was weakened or suffering in any way, all bets were off, and she would return to Ohio. Our marriage has always been and will always remain our number one priority.

About eight weeks after her arrival in Israel, I visited and was stunned when I laid eyes on her. She was absolutely glowing. I told her, “You look different; you are different.”

After I spent a few days with her in Ma’ale Adumim, I could see that she had a very strong support system and I did not have a worry at all about her being in Israel without me. I told her I was extending the trial period for another year. For now, every 90 days either she comes back to Ohio for three months, or I visit Israel. I have opened a file with Nefesh b’ Nefesh and hope to make Aliyah in the near future. 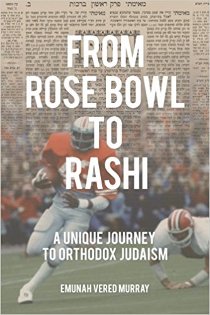 The Murrays tell the beautiful story of their spiritual journey from being youth leaders in a Christian church to choosing Torah and Judaism. From Rose Bowl to Rashi, A Unique Journey to Orthodox Judaism, is available at fromrosebowltorashi.com, Amazon, and Pomerantz Bookseller in Jerusalem, Israel.