From Buddha to Torah 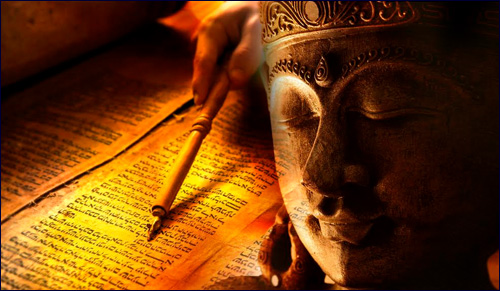 The unlikely path to spiritual discovery of a girl from Sri Lanka.

As a young girl in Sri Lanka, Lakshmi would stare at the thousands of idols in her local Buddhist temple and feel a sense of emptiness. “I looked at all these idols and I thought this doesn’t make sense,” she recalls. “They can’t even talk. I didn’t feel any connection. I’m offering incense, flowers and food and asking for wisdom, and they’re not reciprocating.”

After a decades-long spiritual journey spanning multiple continents, Lakshmi feels she has found a meaningful relationship with God through Judaism. Now working as a mortgage broker in Toronto, Canada, Lakshmi is undergoing an Orthodox Jewish conversion at Aish HaTorah’s Village Shul. 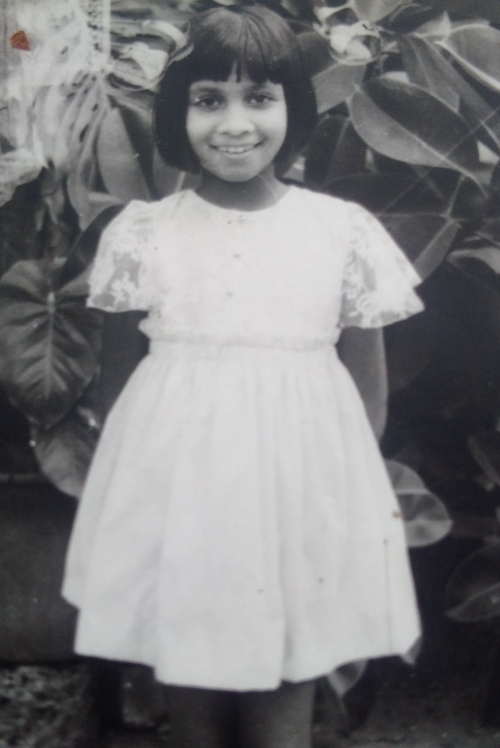 By the time she was a teenager, Lakshmi had strong suspicions that God did not exist. When she approached her parents with concerns, she was told “not to worry about God” because “all the gods” were in the temple. She was afflicted by a conviction that “there must be something more than this", but felt that the religion of her childhood offered no answers. The unsettling theological questions persisted -- "there has to be someone who started the ball rolling -- but she pushed them to the back of her mind, neither an avowed atheist nor a practising Buddhist.

“I looked at all these idols and I thought this doesn’t make sense.”

Lakshmi’s parents sent her to a private Catholic school. In order to instill in her faith, her friends gave her a Bible. Lakshmi read it “for the fun of it,” starting at the beginning—the “Old Testament.” She was intrigued. “I want to know who this is,” she recalls, speaking of the God of Israel.

Lakshmi began exploring faith through practice—recalling the pledge of the Israelites in the desert first to do, and then to hear. “I started praying like a child, saying, ‘God, are you real? Show me some signs that you’re real’. There’s a verse in Isaiah, 55:6,” she says, reciting fluently from memory, “‘Seek the Lord while he may be found, call on him while he is near.’ This resonated with me.” 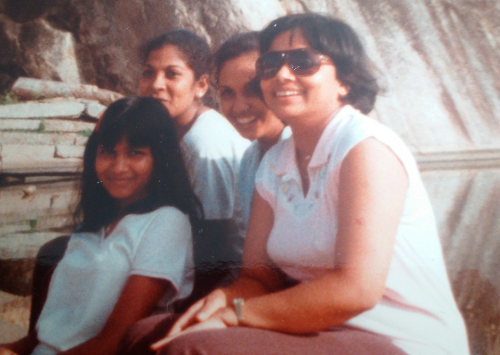 Lakshmi with her sisters

Even though her journey began in a Catholic school, Lakshmi chose not to embrace Catholicism. “When Christians came knocking at the door, we would send them away. My family didn’t accept Christianity. In Sri Lanka, Christianity is looked at as western religion, not eastern,” she says, explaining that Christianity was always viewed as expressly alien in a way that Judaism never was.Judaism, she says, is viewed as a religion of the East, originating in the Land of Israel. Although Christianity was also born in the Land of Israel, Lakshmi maintains that it found its full expression through Rome. Her family is accepting of her decision to convert to Judaism, she says warmly.

For Lakshmi, Judaism made instinctive sense. Reading the Ten Commandments, she had the strange sensation that she “already knew this.” Citing the Book of Kings, in which the Prophet Elijah calls on God to prove himself at Mount Carmel, she says God has “proven himself” to her every day. She now plans to visit Israel next year, for the first time; if she gets married, she says she would consider leaving Toronto and making Aliyah.

This seamless connection with the God of the Torah came alongside a sense of revulsion towards the idolatry involved in the Buddhism her community practised in Sri Lanka. This brand of Theravada Buddhism was a syncretic one, incorporating the gods of the Hindu cannon—unlike the Mahayana Buddhism common in China, Japan and Korea. The Buddha is the centrepiece of a temple that also includes a Hindu Kovil, with its panoply of gods. “First you go to the temple, you worship the statue of Buddha, then you go to the site where all these gods are, and you go to every different god. One god has wisdom, one god has health, one god has money, one god offers children. All these little idols,” Lakshmi recalls with disbelief.

In Buddhist theology, the Buddha is not a god—he is a spiritual leader. But in practice, Lakshmi felt, Buddha is effectively deified and worshiped as an idol. “Buddha never said to worship him. He was a teacher. But when he died, people made him into an idol. In the temple, you offer flowers, you offer fruits and incense, and you meditate facing the statue of the Buddha. You don’t focus on him, but he’s the reference point. You’re looking at him. He’s the center of everything. There’s a huge statue. I felt it was idol worship.” 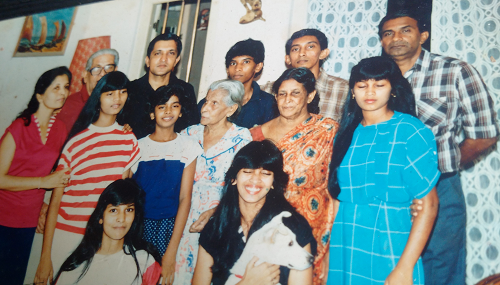 Lakshmi with her family

Lakshmi is not the first to tread the tightrope between Judaism and Buddhism. Roger Kamenetz’s 1994 bestseller The Jew in the Lotus brought widespread attention to the Jews who make the opposite spiritual journey, adopting forms of Buddhism. Lakshmi sighs. “You don’t need to move to Buddhism to find spirituality,” she says with a tinge of disappointment. “It’s in your own backyard.” She suspects that these so-called JUBUs “don’t have a clear understanding of God,” so feel compelled to search elsewhere.

“You cannot serve two kings. God is one.”

She also suspects that Jews might be attracted to Buddhism because of its more easy-going way of life. “Perhaps they feel they can’t abide by all the rules, and Buddhism is more relaxed,” she speculates. “You’re not accountable to anybody, nobody is watching you – but in Judaism, God’s eyes are always on you.”

Are there nevertheless deep affinities between Judaism and Buddhism? “Buddhism offers a lot of wisdom, and Judaism is all about wisdom,” Lakshmi says cautiously, stressing that since she is still on the path to conversion, she does not feel qualified to speak with authority on the content of Judaism. But she is not interested in inhabiting both worlds. “As Joshua said, ‘Choose whom you will serve’,” she insists, drawing on this bottomless reservoir of Biblical quotes she has committed to memory.

“You cannot serve two kings. God is one.”