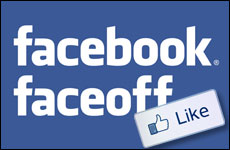 ”Like” this article or we are no longer “friends.”

It’s 11:00 a.m. – do you know where your morning has gone? Mine, I realize with pangs of shock and embarrassment, has been frizzled away on Planet Facebook. This virtual neighborhood is the place where you and your 50 or 500 or 1,000 or so “friends” let it all hang out: political declarations, pithy aphorisms, gut-wrenching messages about imploding marriages, must-read cute things your little kids have said, and, increasingly, photos. Not just single photos, mind you: photo albums that your more intimate circle of, say, 200 closest friends expect you to look at, comment on, “like,” and even “share.” This is especially true if the albums are of animals, particularly if they are wearing pajamas or a jaunty beret.

Don’t believe me? There is a plush toy (that’s the politically correct term for “stuffed animal”) named Boo the Pomeranian who is listed as a “public figure” on Facebook. His page has more than 350,000 “likes,” which may explain why Boo snagged an appearance on “Good Morning, America.” Mere humans like me who use Facebook as a marketing tool stand almost no chance of building our brand when competing with the “likes” of Boo the Pomeranian. (Note to self: in my next incarnation as a writer, I hope to return as a cute plush toy.)

I swore to myself that I would really, no-kidding-this-time-really escape from Facebook.

Everyone knows that Facebook is a dangerous force field, hungrily vacuuming up otherwise productive time, yet the force is powerful, and explains why I am late on two assignments, have three days’ laundry piled up, the fridge is empty, and several bills are perilously close to accruing late fees.

This morning, for example, I felt compelled to view six new photo albums, including one of a cousin’s newly adopted puppy named Gus. This cousin was sure to ask me if I had seen Gus in his photographic glory, so I posted the requisite “Aw, how cute!” comment to stay in the clear. And how could I not comment on photos of my friend’s new son, posted just hours after his bris? What kind of ogre is too busy to type in “Mazal Tov!?” After that, I really was this close to logging out when my favorite cookbook author posted the best recipe for raisin challah ever, along with photos showing easy braiding techniques.

I swore to myself that after “liking” the challah, I would really, no-kidding-this-time-really escape from Facebook. But the unfolding drama, surprises, and needs of my “friends” kept me riveted to the screen. Why, I had no idea that a friend from college had been riding an elephant in Thailand, a colleague was getting a divorce (posted with a photo of Frankenstein, presumably in the role of her soon-to-be ex-husband), a neighbor had scared off a would-be burglar, and a friend on vacation in Hawaii was mounting a campaign to shame the overpriced hotel where she was staying due to its slovenly housekeeping. In the perverse form of social support that is essential to Facebook, I “liked” the photos she uploaded of a grimy bathtub, cobwebby closet, and stained carpet.

I mustered the discipline to avoid commenting on political posts, despite wanting very much to argue with folks whose views I vehemently disagreed with, but I fell off the wagon and added my two shekels of commentary, endorsing some posts that spoke the truth as I saw it.

After I was invited to share my organ donor status, which I didn’t think was anybody’s business, even on Facebook, I was jolted into the reality that I really had real-life obligations. Yet as a good citizen on Planet Facebook, I could not refuse a call to action from a friend trying to win an iPad, so I dutifully “liked” her post about “liking” some company I had never heard of. I have no idea how these things work, but what are friends for?

So why don’t I just stop the kvetching and dump Facebook? Because love it or hate it (and often, loving it and hating it at the same time) the ruthless reality is that for lots of people like me trying to build their businesses and market their work, we need this maddening “social utility,” whose rules and features are changed every 15 minutes by the 20-somethings wearing jeans and hoodies who rule its kingdom.

Besides, I am guilty -- if guilt is the right word -- of wanting people to “like” and comment on my work as soon as it is published. What? Only eight “likes” for this story in the first half-hour? Have I lost my mojo? I consider sending out an email blast to trusted friends, encouraging them to stop their own productive work and “like,” share, comment on, or “tag” me in the post as a show of support. But I hold back, knowing that it’s slightly obnoxious to do so. I display admirable self-restraint, and do not summon the troops until the next day, still dissatisfied with the number of “shares” and “likes” my work has received.

At least I do not post photo albums, not only because I don’t know how, but because I want to conserve my Facebook friends’ tolerance for my postings, limiting them to shameless self-promotion. In this virtual community, one hand that’s glued to the keyboard washes the other, so I feel I must share my friend’s outrage about the awful conditions of her overpriced hotel, help another friend win her iPad, commiserate with the lovelorn, and comment about how swell their new photos are, even if they are of a puppy named Gus.

Later in the afternoon, caving in to the temptation of seeing who may have “liked” my latest article, I log back on to Facebook. The first thing on my timeline is a picture that poses the question, “Are you on a journey to purpose this afternoon...?” I consider the question, “like” the post but do not comment, and log off for the day.

How We Survived Passover in Quarantine

The Olympics in Israel
Vayelech 5783: Regret and Repent
Rabbi Sacks: Focus On the Important, Not the Urgent
Put Your Foot Down: Are Human Feet Poorly Designed?
Comments
MOST POPULAR IN Jewlarious
Our privacy policy
Aish.com Is Looking for Great Writers