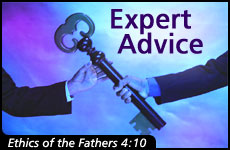 Seeking the elusive middle ground between humility and leadership.

[Rabbi Yishmael] used to say: Do not judge alone because there is no solitary judge except One. Do not say, “Accept my view,” for they are permitted [to submit to your judgment], but you may not [impose you will upon them]. (Ethics of Fathers 4:10)

According to the rules of procedure governing Jewish courts, cases of civil law require a panel of three judges in order to protect against individual bias or error. However, in the case of a recognized expert in any specific area of law, the Torah does allow a single jurist to judge alone. It is in response to this allowance that Rabbi Yishmael asserts the Talmudic view that a prudent jurist, no matter how great his experience or expertise, should always invite two other judges to rule together with him.

In the year 245 BCE, Ptolemy II of Egypt summoned the sages of Israel and ordered them to translate the Torah into Greek. Fearing that certain passages might be misinterpreted if translated literally, the sages opted to alter the language of the verses rather than open the door to heretical distortions.

One such verse was the Almighty’s famous contemplation, “Let us make man in our image” (Genesis 1:26), which the sages recast in the Greek equivalent of “I will make man in My image,” thereby precluding the false impression that God is something other than indivisible or shares His power.

But why did the Almighty Himself choose to record this verse in the plural and not the singular? The sages explain that the Torah comes to teach a critical lesson in leadership. Even for one who occupies a position of absolute authority, it is prudent to include underlings in the decision-making process. First, inviting their consultation gives them a sense that their opinions are valued and promotes among them a greater sense of commitment and loyalty. Second, since only God is infallible, there is always the possibility that a different perspective will produce a previously unconsidered and valuable insight.

It's prudent to include underlings in the decision-making process, even if you're in a position of absolute authority.

By the same token, any judge, no matter how expert, should never sit alone in judgment, for by doing so he inclines himself toward arrogance and denies himself the chance to consider other perspectives and outlooks. This is the warning offered by Rabbi Yishmael in our mishna, after which he continues by alerting us to a more subtle error.

Experts know that they are experts. This does not mean, necessarily, that they lack humility. Moses knew that he was the greatest prophet who ever lived or ever would live; indeed, God instructed him to record this fact in the Torah – the same Torah that also testifies to Moses having been the most humble man who ever lived.

In contemporary terms, Albert Pujols, Itzhak Perlman, Steven Spielberg, and Warren Buffet all know that they are among the greatest ever in their respective fields. Awareness of one’s own ability certainly can lead to arrogance, if one starts to believe that he possesses intrinsically greater value as a human being by virtue of his talents and achievements, or if he begins to believe himself incapable of error.

By accepting Rabbi Yishmael’s initial warning against judging alone, a jurist demonstrates the kind of humility that shows him to be truly fit to judge. However, if he then attempts to exploit his reputation by coercing his fellow judges to fall in line with his opinion, he then exposes himself as a fraud whose apparent humility is nothing more than a façade. Rabbi Yishmael explains that if the other judges choose to subjugate their own opinions out of respect for the expert’s wisdom and expertise, that is their prerogative. But the judge himself has no right to demand their submission to his view.

The principles taught by Rabbi Yishmael, however, are not limited to our formal justice system; indeed, they extend to the farthest reaches of the courtrooms of our minds.

Human nature often makes us fiercely reluctant to accept any possibility of error in our reasoning and dismissive of all who attempt to rebut our conclusions. How defensive we become when others challenge our judgment, and how reflexively we seek to discredit any source of opposition to our opinions.

Paradoxically, we live in a society that increasingly demands nonjudgmentalism which, under the all-inclusive umbrella of tolerance, legitimizes every conceivable feeling or attitude while condemning every form of condemnation. No behavior or lifestyle is so corrupt we are allowed to denounce it as immoral; no standard of conduct is sufficiently universal that we are allowed to uphold it as sacrosanct. Everything is permitted, except the right to invade the physical or conceptual space of anyone else. By forsaking the rational middle, modern society has exiled itself to the ideological extremes.

Rabbi Yishmael alludes to the delicate balance upon which true judgment depends when he states that there is no solitary judge except One. The Almighty has already passed judgment upon the acts of Man by revealing His will and His law to the world. By God’s definitions, the most exalted judge is the one who submits humbly to the Ultimate Will, the one who demonstrates his humility by never relying dogmatically upon his own judgment while simultaneous recognizing the limits implicit in the judgments of others.

When we come to judge the behaviors of our fellow men, of our world leaders, of the rich and powerful, of the icons of popular culture, and of those who seek to impart learning and wisdom to others, Rabbi Yishmael cautions us to respect the wisdom of scholarship and experience even as we apply our own reasoning to the many questions that confront us on the road through life. By aspiring to attain Rabbi Yishmael’s delicate balance between humility and self-reliance, each of us makes his own unique contribution toward fostering a culture of inspired justice throughout the world.

Accessing the Judge Within: Ethics of the Fathers 1:87 min read 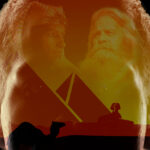