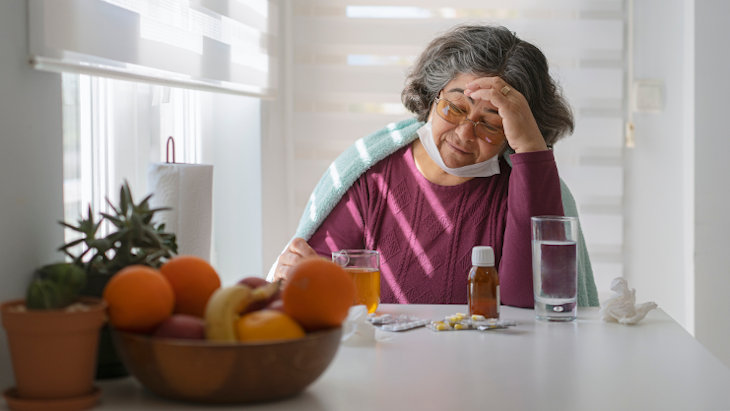 Loneliness is killing us – literally.

It’s long been recognized that feeling lonely is bad for our health. Dr. Julianne Hold-Lunstadt, a professor of neuroscience and psychology at Brigham Young University, has studied loneliness for years. “We’re social beings,” she’s explained, “and our bodies respond when we lack the proximity to others.” She estimates that feeling loneliness harms our health as much as smoking 15 cigarettes a day. One study found that feeling lonely increases the risk of dying early by a whopping 26%.

Feeling lonely isn’t necessarily the same thing as being alone. “Loneliness is a state of social hunger,” explains Dr. Steven Cole, Professor of Medicine and Psychiatry and Biobehavioral Sciences at the University of California, Los Angeles, School of Medicine. People can be lonely even when they’re surrounded by others, if they feel little or no connection. Conversely, some people who live alone might feel secure and not lonely at all. “Loneliness is about a person's dissatisfaction with the social contact they’re getting,” Dr. Cole explains. “Essentially it boils down to: Do you have a set of people who have your back, and a group of trusted others you can turn to in a time of need?”

In an exclusive Aish.com interview, Dr. Cole shared his urgent advice about what people can do to alleviate loneliness, as millions of people face fear and uncertainty as well as social isolation in the coronavirus pandemic.

Dr. Cole has a long history of studying loneliness, and what he’s found has shocked him and the scientific establishment. As well as making us feel sad and cut off, feelings of loneliness actually change the way our cells behave: feeling lonely and isolated weakens the responses of our immune system at a cellular level, making us more vulnerable to viral infections. Lonely people also experience more inflammation than others.

“The human brain treats loneliness as a state of unsafety,” Dr. Cole explains. Loneliness “turns on a set of cellular and molecular defenses that might have made great sense thousands of years ago when the things we feared were something that was going to bite us or stab us – but that equation isn’t serving us so well now.” Even more damaging, experiencing loneliness can trigger physical changes that make it harder to reach out and connect with others, thereby dooming some lonely people to years of loneliness. Feeling lonely can make us more suspicious of others, and make us see others as a threat. That in turns makes it harder to connect with others and exacerbates the feeling of being lonely and out of touch.

A series of recent experiments has shown that giving to others is one of the key ways to break the cycle of loneliness. Today, as millions of people experience lockdowns and insecurity, these findings are more important than ever before.

“We were studying other adversities,” explains Dr. Cole of a series of research papers he wrote with colleagues. He and his colleagues spoke with people facing intense loneliness and other extreme hardships, including poverty, war and life-threatening disease. “We started looking at people who were doing well even when they were in this threat system,” he explains. The researchers made a startling discovery: “People who have a strong sense of purpose or meaning in their lives seemed surprisingly well protected. It’s not like they didn’t feel some objective sense of threat, but it wasn’t registering in their brains” in the same harmful ways that loneliness did. Hopeful, optimistic people – even when they faced grave problems – were “connected to something greater than themselves and their own personal well-being”.

Dr. Sonja Lyubomirsky, a psychologist at the University of California, Riverside, built on these findings. She led a team that decided to see if encouraging lonely people to perform acts of kindness to others could help foster that sense of connecting to something greater than themselves – and if that would help alleviate the crushing burden of feeling cut off that lonely people reported.

Her results, reported in February 2020, just before the pandemic shut down much of the world, were startling. She asked people who described themselves as lonely to perform simple activities to help other people, such as running errands for them or helping them solve a problem with their computers. After doing even these small, mundane acts of kindness, people described themselves as feeling significantly less lonely.

Their blood cells also showed a decrease in the inflammatory responses that are typically associated with loneliness. “When it comes to the pursuit of happiness, popular culture encourages a focus on oneself,” Dr. Lyubomirsky concluded. “By contrast, substantial evidence suggests that what consistently makes people happy is focusing… on others.”

Forcing ourselves to look beyond our own needs and focus on the needs of other people as well is a key way to fight feelings of loneliness and despair.

Dr. Cole lists five central ways we can refocus our attention to others, and help alleviate the loneliness and worry that many of us are feeling right now in this perilous time.

Volunteering isn’t always easy when people are living under lockdown, but Dr. Cole explains that it’s a crucial first step to connecting with others in a meaningful way. “If you start working with others around some common purpose, then you start to learn that at least a few other people in the world see the world the way you do, and that there are some people you can trust.” He recommends signing up for political or social campaigns, or for any cause that reminds us of goals outside our own immediate well-being. Volunteering alongside others – even just discussing goals with them – “is surprisingly effective at buffering people against the adverse impacts of loneliness.”

Reach out to help others in any way you can. Call up a neighbor or friend to check up on them. Run an errand for someone else if you are able to. Volunteer to tutor someone in an area in which you have expertise. “One activity that’s surprisingly impactful,” Dr. Cole explains – and which is possible to perform even in the confines of being stuck at home during a lockdown – is “getting older people to write some form of letter or create a video for the next generation, explaining ‘this is what I’ve learned in my life, and this is what I think matters, and this is what I wish I’d known when I was younger.’” By focusing in this way on the well-being of other people, we can remind ourselves that we are still important, valuable people who have much to contribute to the world.

As hard as it might feel, pick up the phone and call other people. “Don’t focus on the news; focus on your neighbor and what she’s doing,” Dr. Cole urges. Sign up for Zoom chats if you can. A key way to combat loneliness is to “give yourself reasons to get up and get dressed, because people are counting on you.” It’s not always easy, but remaining engaged with other people is an important tool in the arsenal to fight loneliness and stress.

Spending time outdoors “reminds you that the sun rose today, and the birds are still chirping – this can work surprisingly well in connecting you with what’s enduring and true” in the world. In addition, numerous studies have linked spending time in the sun to a range of health benefits from having more regular sleep cycles to producing higher levels of serotonin, the hormone our brains produce that’s linked to feelings of calm and well-being. Making time to get outside each day, even briefly, can lift our moods and help us focus on things other than ourselves.

This is a great time to sign up for an online class and spend time acquiring new skills or knowledge. In addition to taking our mind off our own personal circumstances and the news, learning new things and broadening our minds is empowering. “The process of learning new stuff and becoming stronger and more capable – that's a great neurobiological antidote to the free-floating anxiety of the pandemic era.”

What’s the Wealthiest Place in the World?