The Hook-Up Culture is Eroding the Value of Marriage 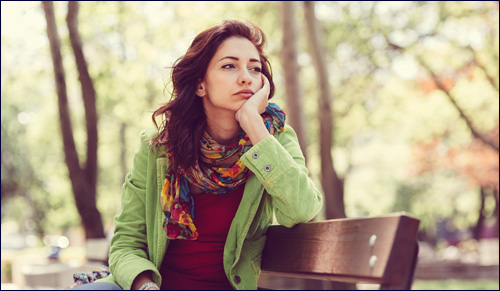 Non-committal physical Intimacy is making it harder for women to get married.

This article discusses a mature topic. Reader discretion is advised.

A few weeks ago I was at an outdoor café, intent on getting some reading done, but I was distracted by the conversation between two 20-something young women at the next table. One was complaining to her friend that her boyfriend, whom she lived with, wouldn’t get serious about the relationship, took her for granted, and was insensitive to her feelings on a regular basis. Since the two were already living together, I supposed that “get serious” meant some discussion about marriage.

The friend listened thoughtfully, but both women remained stumped by the problem. What could the girlfriend do to make her boyfriend behave more attentively?

The Jewish mother in me wanted to sidle over, lightly touch the young woman on her arm, and say, “Dump him, honey. You deserve more respect. And next time, don’t move in with a guy before you’re married! Then you’ll know he’s serious!”

Obviously, I kept my mouth shut, but I felt for her, knowing that her plight is all too common today. A large majority of women today, despite their ability to support themselves in satisfying careers, yearn for the commitment of marriage. On the flip side, there is a growing number of “Peter Pans” out there, happy to dawdle along in uncommitted romances, or in a so-called “friends with benefits” basis. Women are not only outpacing men in attaining college degrees and in other measures of professional achievement, but also, increasingly, in their aspirations to marry.

Marriage is in Open Retreat

Regnerus, an associate professor of sociology at the University of Texas, Austin, recently wrote about his findings in the Wall Street Journal, noting, “Marriage is in open retreat.” In 2015, the percentage of never-marrieds aged 25 to 34 outnumbered marrieds of the same age range by 53% to 40%, an almost complete flip from 2000, when the marrieds in the same age cohort outnumbered the never-marrieds by 55% to 34%.

The author dismisses arguments that the marriage dip stems from economic concerns. Among other data, Regnerus noted a May 2017 study from the National Bureau of Economic Research showing that marriage rates remained stagnant even in regions where wages and jobs were booming from the fracking industry. While most men still want to marry, Regnerus states, they keep kicking that can further and further down the road, for a time “when their independence becomes less valuable to them.” The median age for marriage for American men today hovers around 30.

His conclusions are based on research from several nationally-representative surveys, in-person interviews with 100 men and women, and theories of other social scientists. His findings are both “straightforward and primal.”

“For American men, sex has become rather cheap,” he wrote in the WSJ. “As compared to the past, many women today expect little in return for sex, in terms of time, attention, commitment or fidelity. Men, in turn, do not feel compelled to supply these goods as they once did.”

The scientific breakthrough that allowed women to “play the field” like a man and empower her to be equal to a man has backfired spectacularly for marriage-minded women. Economically independent women don’t need to marry for financial support, making marriage a values-based option. But despite their economic parity with men, women remain at the mercy of men who won’t commit.

Women in the Age of Tinder

The author’s thesis has hit a nerve. Margaret Wente’s recent column in the Globe and Mail was titled “Why are good men so hard to find?” and cited Regnerus’ book as further evidence of the dismal dating market she sees around her today, one that reflects a colossal inequity in male-female relationships.

“Since the women's cartel collapsed,” Wente wrote, “women's bargaining power has seriously eroded. That's why so many single women hate Tinder, which has further commodified sex for the benefit of men. Women are just another consumer good in the shop window.

It may take a village to raise a child. But it takes a village to raise a husband, too. And modern society has largely abdicated from the job. ‘Good husband material doesn't occur naturally, but is instead the product (in part) of socialization, development, and social control,’ Mr. Regnerus writes. "[I]n the domain of sex and relationships men will act as nobly as women collectively demand."

In contrast, Judaism regards physical intimacy as a sacred expression of love between a married couple. Jewish philosophy regards marriage as the foundation for a healthy society, and the ideal framework for personal, spiritual and social stability and satisfaction. Judaism teaches men to equate responsibility with manliness, and teaches women to equate their innate power to attract as something to be treasured, a gift to be bestowed only on a man who is committed to her.

It is women, not men, who tend to be exploited in sexual relationships. The boundaries Jewish law sets around physical intimacy are meant to teach and reinforce the self-control that men and women need in these highly charged encounters to avoid emotional and physical exploitation. And as current trends demonstrate, the transformation of sex from a protected and consecrated act into just another recreational option hurts women in many ways, not least of which is through degrading the institution of marriage.

Of course, life is never simple. There are numerous pressures that work against marriage today, including a rising number of women and men who have opted for the single life. Traditional Jewish marriages sometimes fail despite our religious and philosophical framework, and many couples live together first and then build successful marriages. But the trendlines that continue to devalue marriage are real, and too many women have discovered to their dismay and frustration what Regnerus has confirmed: the “sexual freedom” that women thought would make them equal to men instead, too often, leaves them stuck with Peter Pans who won’t grow up, as they yearn for marriage and children that may never come.

Smartphones and Kids: Harmful Effects and What to Do About It

PODCAST: Zero Percent: Why Are Jews So Successful?
Why My Iranian Mother Didn’t Want Me to Become a Religious Fanatic
The Jewish History of Prague
Why the Sexual Revolution was Bad for Women
Comments
MOST POPULAR IN Current Issues
Our privacy policy
Aish.com Is Looking for Great Writers