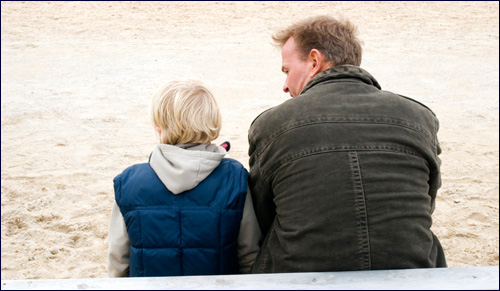 It’s not easy being a single father. Some practical advice on how to make the best of the situation.

In the ten years of Michael L.’s marriage, his wife had accused him drug peddling, refused to attend therapy, and claimed that he was the one with psychological issues. When the situation deteriorated to the point where she became physically abusive, he walked out. Yet three years later, his ex-wife hasn’t let up, reporting him as violent towards their children to the police, while he’s left struggling to prove his innocence and combat the poison she feeds the kids about him.

Danny S.’s ex left him over religious reasons, yet he’s still a devoted dad to his three boys – when he’s able to see them. More often than not, his ex will cancel visitations at the last minute, upending his weekend plans. When he tries to complain, she sweetly turns the tables, claiming the boys didn’t want to see him anyway and he doesn’t deserve to see them either. Because the child support he pays eats up most of his salary, he can’t afford to take her to court over every infraction, so he just counts his blessings when visitations work out. And when they don’t, he’s helpless, angry, and afraid of her wrath.

Ben W. is a dedicated single father whose wife walked out on him when their daughter was six months old. He spent a year in court gaining the rights to see her, and now has regular visitation and a loving relationship with his five-year-old, despite her mother’s attempts at interference. Self-employed, he devotes two afternoons a week to his daughter’s care, as well as every other weekend. Yet his social life is curtailed and his dating prospects minimal, since his life is wrapped around a preschooler’s.

In today’s society, single moms usually triumph – they’re often the ones holding the cards when a family dissolves. It’s not easy to manage on the home front single-handedly, but the resources are plentiful, and divorced moms often succeed in holding down a job and raising the kids, even on their own.

But what about the single dad? Cut off from family life, cash-strapped, and occasionally pushed around by nasty exes, they may struggle to find their footing in the aftermath of divorce.

Can a single father maintain his relationship with his kids, hold onto his self-worth, and persevere in the face of the many challenges ahead? He can, but only if he knows how to go about it.

Here are some do’s and don’ts for the divorced dad:

Recognize your role. Don’t abandon your kids, even if they don’t live with you anymore. All children crave regular contact with their father, whether through phone calls, e-mails, or texts. Weekend visits are important, but don’t limit your contact with your kids to those visits. Let them know you care. Trust me, they’ll thank you for it.

Seek help when necessary. As a group, women are often able to acknowledge that they can’t do it all and reach out for help, whether from family, friends, or community. Not so men, who prefer to put up a macho front and go it alone. If you’re a single dad, you may need help with meal planning, parenting advice, or laundry knowhow. Pick up that phone and call someone. Don’t try to do it all, especially at the expense of your kids’ comfort and safety.

Money isn’t a weapon. Don’t withhold child support in order to punish your ex. It’ll end up filtering down to the kids, who will realize they can’t trust you. Retaliation is tempting, but it’s not the goal: healthy kids are. Likewise, don’t badmouth. Your kids may hear a lot of negativity about you, but if you take the high road and refrain from returning the favor, they’ll ultimately realize which parent they can trust and which they can’t.

Treats yes, free reign no. Kids need structure and stability in order to thrive, even if they’re in your house only once a week. Create routines for them during the times they’re with you: dinner, bath time, and bedtime at predictable times will make your time together much more manageable. Spoil them a bit by buying special treats or renting a movie, but don’t overdo it and return them to their mom sugar high and sleep deprived.

Make the minutes count. Take the time to get to know your kids when they’re with you. Ask them about their day, find out about their friends and activities, plan outings and play games together. Turn off your phone and focus on them so they know you really care.

Don’t restart till you’re ready. It may be tempting to turn your back on your past relationship and move right into the next one. Don’t do it. Statistics show that 80% of divorced men remarry the same type of woman they married the first time, leading to a similarly unhappy marriage or a second divorce. Before you start dating again, process what went wrong in your first marriage and own your part of the story. Your future family will only gain.

Let go of the baggage. If you find your dating always seems to end at the same point, it’s a sign that you’re stuck somewhere in the process. Most of us find it hard to be objective about our own role in a failed relationship. If necessary, find a professional who can help you let go of the baggage and move on.

Don’t lose hope. Always look for the light, no matter how bleak your situation is. Use your time alone to grow as a person, as a father, and most of all as a future partner. If you do the internal work necessary, you’ll start off your next relationship on firmer ground, and you – and your kids – will be better off.

Single dads may not find it easy, but they can free themselves of past heartache and rebuild their lives, with a new partner or without. Hard as it may be, they’ll be glad they did.

Avigail Rosenberg is the editor of Healing from the Break: Stories, Inspiration, and Guidance for Anyone Touched by Divorce (Menucha Publishers), and the creator of www.HealingfromtheBreak.com, a resource for single parents and others. 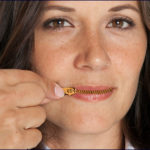 Ten Phrases Not to Say to Our Kids3 min read 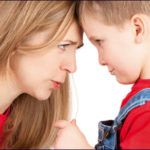 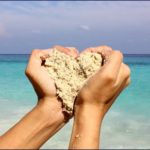 Why be a Parent?4 min read 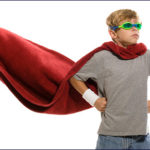 How to Praise Your Kids Effectively6 min read 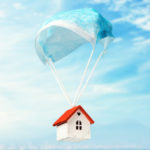 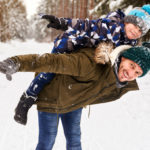