Don't Get No Respect?

When you walk in the room do your children even notice? Do they contradict you, yell at you or argue with you? The issue is respect -- or, the lack of it.

Eric walks in the front door after a long hard day at work. His son Sammy, is lying on the couch absorbed in his Gameboy. "I'm home", calls Eric. "Hi, Dad," mumbles Sammy, not lifting his eyes from the game.

Eric continues through the living room to see who else is home. His teenage daughter is on the phone in the kitchen. "Hey Judy," Eric says, kissing her on the cheek. "How was the big math test today?" "I'll be off in a while, Dad", says Judy, continuing her conversation with her friend.

What is wrong with this scene? And how does this relate to the issue of respect?

The fifth of the Ten Commandments is "Honor your parents." We want our children to treat us with respect -- not because we are motivated by our own egos or drive for power or control -- but because it is good for the child and his character development.

Of course, respectful kids are much more pleasant to live with. But what are the deeper philosophical reasons for this commandment?

Chana Heller, MSW, is the mother of five children and grandmother to many. She works for Aish Los Angeles as Director of JWI - Jewish Women’s Initiative. She is married to Rabbi Dov Heller, a psychotherapist and teacher at Aish LA. 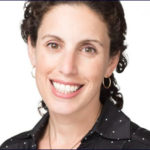 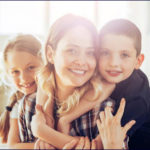 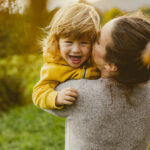 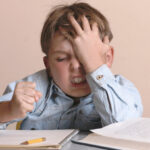 But I Can’t: How to Help Your Child Persevere5 min read