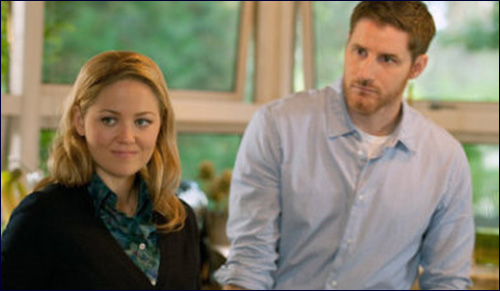 Divorce is not always rational.

“If you want to learn about Asperger’s,” a friend said to me last year, “you should watch the TV show Parenthood. It’s the most realistic ‘fictional’ portrayal around.” I tuned in and quickly became addicted. And an informal and completely unscientific polling suggests I’m not the only one.

The exploration of the challenges of children with Asperger’s and their parents is fascinating, moving, compelling and even educational. I hope it has increased my compassion; it has definitely increased my understanding.

But this is television after all – and the show wouldn’t work without its myriad of side plots involving the other characters in the family.

One of these, the story of Joel and Julia, has always puzzled me. Stay tuned: you don’t need to have seen the show to get the point. They seemed to have a warm and loving marriage, not perfect but whose is? A few misunderstandings, an inability or unwillingness to talk them through and the next thing you know they’re in separate residences discussing divorce.

I was bewildered. What happened? How did things deteriorate so rapidly? And seemingly based on nothing? It was beyond my comprehension and I dismissed it as a flaw in the writing of the show. Yes, they got the Asperger’s down pat, but this part was unrealistic.

And then it hit me – one of those middle of the night aha moments. The show wasn’t unrealistic after all; I was. Parenthood was portraying exactly what happens in many (of course not all) situations. Something small gets exaggerated. A few other resentments build up. The couple either doesn’t know how to talk about or is too stubborn to do so. They may allow their anger or their ego to preclude further discussion…and they wake up at the lawyer’s office.

Divorce is not always rational (yes there are the exceptions; there is abuse, addiction and on and on). It is not always thought-out. There isn’t always a clear-cut list of reasons before the engine goes speeding down the tracks and no one knows how to put on the brakes.

This plotline from Parenthood is actually a powerful wake-up call for me as a therapist – and potentially for couples whose marriage is in distress. I’ve been looking for reason where there isn’t one, trying to determine the trajectory of a specific problem that is completely irrelevant.

It’s time to adopt a new approach, to focus on the core of the relationship, the basic reasons for the marriage and to determine if those reasons and those initial and attracting good qualities still exist. The details of the problem don’t necessarily matter. The details are not the reason. Hurt and anger cover up the good and interfere with intelligent conversation. We get distracted by emotions and can pay a heavy price. We can assume divorce is the only option because the parties are so adamant instead of recognizing that they are trapped and can’t see their way out.

Before that drastic step is taken, it’s important to clear away all the extraneous issues and see if we can discover the core – of the individuals, of the relationship – and determine if it still has life in it. We need to ask (as that famous Ladies’ Home Journal column did) “Can This Marriage Be Saved?” and not take “no” for granted.

Even if that’s what the couple says. I’m wondering how they’re going to resolve it on Parenthood…

The Secret in My Marriage

How Women Can Deal with Fear of Marriage

Sometimes Divorce Is Not the Answer

Expectations of Marriage: Why So Many Marriages are Doomed
The Softball Player
How This 6 Generation Bread Baker Brought Back Israel’s Ancient Grains
Olivia Newton John’s Grandfather was a Nobel-Prize Winning Jewish Physicist
Comments