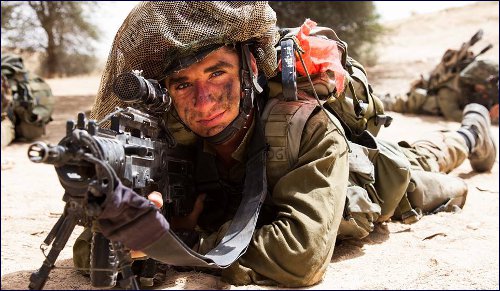 His death has not been declared a suicide, despite what you may have read on the Internet.

David Gordon, the lone soldier who died under mysterious circumstances in August, spoke up for those who have no voice. It’s time someone spoke up for him. 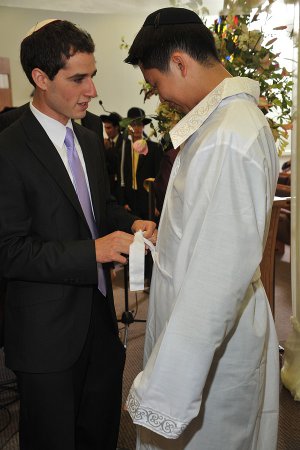 For the past two years, I had the privilege of calling David my brother-in-law. My time with him was short but precious, and it was a blessing to have him in my life.

Many of our conversations centered on words. Writing was a passion we shared, and David was a gifted writer, as his loyal readers can attest. I was one of them. His blog, Sparks of David, is a treasure trove of musings on life, philosophy, and spirituality. Each eloquent entry drips with wisdom, wit, and sensitivity beyond his years.

I recall discussions with David about the power of writing. We talked about the responsibility that comes with the pen, its potential to influence and inspire. His landmark 2013 column for The Huffington Post was that very potential fulfilled.

David’s heart-rending account of the sexual abuse that claimed his childhood innocence was a clarion call to fellow victims too afraid or ashamed to voice their pain. Overnight, he became a hero to survivors and an outspoken advocate for their cause. His words transformed lives, and continue to do so now that he’s gone.

But not all words have the power to heal. Some have the potential to harm. And never has that been clearer to me than in the days following David’s tragic death.

A family devastated by the loss of a son and brother was forced to endure a slew of hurtful speculations.

Within hours of the news that the search for David had ended with the discovery of his body near his IDF base in central Israel, one word began to insinuate itself into the online conversation:

The word appeared again and again in blog posts, opinion columns, and Facebook comments. It proliferated across the Internet, and readers accepted it as fact. The general consensus was that David had survived the horrors of warfare in Gaza, only to lose his inner battle with unspoken horrors that never stopped haunting him. But all of that ignores one vital truth: 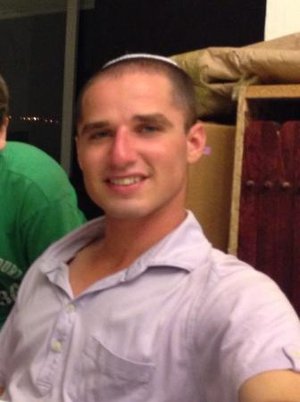 His death was never declared a suicide.

Three weeks have now passed since David’s funeral, and the IDF has yet to announce an official cause of death. The reason is simple: there simply is not enough evidence. If there was, the case would have been closed long ago. And for those intent on building a case for suicide, the few published details don't seem to add up. (Would someone schedule a wisdom tooth extraction for the same day he planned to kill himself? And how many suicide victims are found with multiple gunshot wounds, instead of a single one?) The investigation continues, and scenarios like accident or foul play have not been ruled out.

Meanwhile, a family devastated by the loss of a son and brother was forced to endure a slew of hurtful speculations. I saw with my own eyes the pain inflicted by commentators who saw fit to martyr David before he was even buried. I shook my head at the hubris of bloggers who claimed to know more than the IDF, Shin Bet, and the immediate family combined.

Mostly, I cried at the blatant disregard for how far David had come in his life. 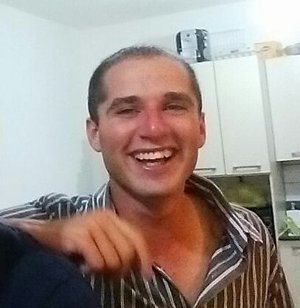 Suicide is a convenient narrative to explain away such an unbearable loss. Outsiders can be forgiven for connecting the dots from childhood abuse to substance abuse to the final comfort of death. But to those who knew David – the family and friends who agonized with his struggles, celebrated his triumphs, and stood by him as he rebuilt his life – the notion of suicide just doesn’t ring true.

We heard from so many of David’s closest friends throughout the shiva. Kids he grew up with in Cleveland and South Bend and Detroit and Pittsburgh. Fellow soul-searchers he learned with in Israel. Soldiers he fought alongside in his Givati unit. Not a single one of them believe that David committed suicide. That is not the David they knew.

Yes, there was a time in his life when it wouldn’t have been so far-fetched. But that time is long past. In recent years, through unflinching self-reflection, the unconditional support of loved ones, and sheer force of will, he succeeded in clawing his way out of the darkest of holes. By his final months, he had achieved a sense of inner peace. And his military service only served to reinforce his hard-fought appreciation for the everyday pleasures of life.

He was happy. You could feel it in his words.

“Unbelievably overwhelmed, not from this mission but from the support and messages of encouragement from family, friends and strangers," wrote David in his final Facebook post. "I am OK and I’ve never felt more loved. Thank you all!”

Even from the front lines in Gaza, his unbridled hope and love of life shone through. This was not the voice of a man on the brink of giving up. This was the voice of a man who had learned to embrace life with all of its challenges and rewards, from the pangs of silent suffering to simple joys like a crisp green apple and taking off his boots after a long patrol. David had learned to live more fully and more meaningfully than the rest of us.

Yes, he carried much pain. But he also harbored much joy.

He was a survivor in every sense of the word. He clung stubbornly to life when others might have fallen into the abyss. It's almost impossible to think he would have succumbed now, after all the progress he made. He loved life too much to let go.

And having survived his own perilous journey, he wanted to do everything he could to help other survivors get their lives back. He devoted his own life to the cause. But he never wanted to be a martyr. He wanted to lead by living.

In one of David's notebooks, we found a bucket list scribbled in his distinctive handwriting. It took up nearly an entire page. He filled it with grand adventures and grander intentions, from skydiving to traveling the world to changing the world. There was so much he wanted to experience and accomplish before he died. But near the bottom of the list, one item in particular caught our eye:

"Say goodbye to EVERYONE."

Knowing David, he would have wanted a final moment with each and every one of us. One last chance to share a laugh, impart words of encouragement, and strengthen us with a hug before bidding farewell. Being the writer that he was, he surely would have left a note. But none of that happened. None of us got a chance to say goodbye.

I find it hard to believe that was by choice.

I don’t presume to know what horrors he witnessed in Gaza, and what went through his mind in his final hours. Neither should anyone else.

I could be wrong. I don’t presume to know what horrors he witnessed in Gaza, and what went through his mind in his final days and hours.

Then again, neither should anyone else.

It could come out tomorrow that David’s death has been confirmed as a suicide. If that’s the case, none of us would run away from it. We would accept it, own it, and grow from it. But until we know for sure, let's keep the focus on what we do know.

We know that David touched an untold number of lives, reflected in the incredible outpouring of people from all over the world who attended his levaya and came to pay their respects to the family during the shiva.

We know that he literally saved lives, both on the battlefield and in the blogosphere, as told through countless stories and personal anecdotes shared by familiar faces and strangers alike.

We know that his brave stand against the perpetrators and enablers of sexual abuse has galvanized other survivors to break down the walls of denial and fear, shining a searing light on one of the darkest corners of our community.

We know that even those who persist in the suicide narrative have chosen to focus on the courage and effectiveness of his advocacy, according his life's mission the respect it deserves.

We know that the legacy of his life far outweighs the uncertainty of his death, and no amount of speculation can dim our collective awe at what he achieved in his 21 years.

We know that David lives on, in the words he spoke and wrote, and in the lives he so indelibly touched.

And we know that everything I've written here, David would have said it better.

Aryeh Ho is an editor for an educational website and a published children’s book author. He is a proud AAJC (Asian-American Jewish Convert) and enjoys writing about all aspects of his identity. 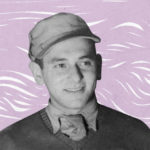 What Alzheimer’s Taught Me About Love6 min read 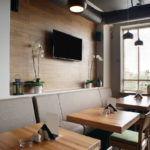 The TV in the Restaurant4 min read