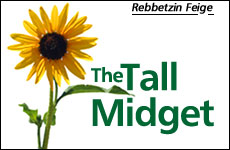 Refusing to play the role of victim.

What methods can you advise about repairing the self esteem of someone who
has been damaged in this respect during his youth? Getting angry too
quickly, feeling too shy in public and blaming others (particularly parents) for all that went wrong are the most obvious mental 'faults'. Although I have built a very successful business, my mind still keeps me busy with negative settings.

All of our life's experience, the way we see ourselves and the way we see others, is a product of our own thinking. If we choose to change our mind, the way life presents itself is altered commensurately. It is like looking through a kaleidoscope where, with a slight adjustment in position, we get a totally different picture.

That shift is for us to make. It consists of letting go of previous thoughts that keep us locked and confined in a place where we see ourselves as victims of that which has been brought to bear upon us by others, i.e. parents who are inadequate in the formative years of our upbringing, teachers, friends, etc. -- the myriad of external forces and circumstances that we are convinced shape the person that we are today. We can relinquish the control that others have on us by recognizing that the power resides within us exclusively. It is a totally liberating experience.

The only real variable to psychological well being is our own personal thinking.

The only real variable to psychological well being, that is, to be in a positive relationship with ourselves and others, is our own personal thinking. Consider the fact that all of us have better days and worse days, times when life feels heavy and oppressive and alternatively periods when we are in good cheer. What changes? For the most part, the disparity in feeling and mood can be traced to nothing more than a state of mind -- our thoughts -- a shift in the kaleidoscope.

My father, of blessed memory, was fond of interpreting the verse in our morning prayers that thanks God for "renewing the acts of creation daily" in the following way. He drew on an encounter in the life of the saintly Rabbi Israel Baal Shem Tov, the founder of the Chassidic movement, with a water carrier. The Rebbe was standing by the window overlooking the courtyard one morning. He observed Chaim, the 92-year-old water carrier positioning his two pails of water on his shoulder for delivery up the steep hill in front of him.

The Rebbe opened the window and called out to Chaim in greeting and inquired how he was doing. In a despondent tone of voice, Chaim responded by saying that if at 92 years of age he was still obliged to carry heavy pails of water up the hill, life left much to be desired. The Rebbe took leave of him and wished him well.

The very next day, at the same time, the scenario repeated itself -- the Rebbe at the window, Chaim the 92-year-old water carrier, his two pails perched on his shoulder and the steep hill beckoning. The Rebbe, once again, inquired about his well being. This time, a big smile spread across Chaim's age worn face as he replied, "Nu, Rebbe, if at 92 years of age I can still manage to shlep and deliver these heavy pails up the hill, do I have a right to complain?"

Identical circumstances, but a different way of thinking. The way he experienced life was transformed from one of seeing himself as victimized by circumstances to one of being privileged to be alive. This, my father concluded, is the meaning of the gratitude that we express to God daily for giving us the wherewithal, by virtue of our thinking, to "renew the acts of creation daily."

Resisting and dropping negative and contaminating thinking is not easy, especially when it has become a pattern, a way of being. Old habits die hard, the saying goes. However, we do have the power, if we are determined, to recreate our perception of ourselves and our lives.

At the Gas Station

My daughter, Baila called me recently to share the following occurrence. Her daughter, Chana Malka, my granddaughter, was driving along the Garden State Parkway from New Jersey to New York. She stopped at a gas station and the attendant who came to service her car was a dwarf. As he washed the windows of the car, he suddenly became excited and pointed to the portrait of Chana Malka's father, Rabbi Eliezer Geldzahler, of blessed memory, positioned in the passenger seat of the car.

"How do you know that man?" he asked in a state of agitation. "I've been looking for him for more than two years. Where is he? And how do you know him?"

Chana Malka gently informed him that the man in the portrait was her father and that he died, the casualty of a bus accident in Israel from which he never recovered. As the dwarf's eyes filled with tears, my granddaughter inquired how it was that he knew her father.

There are people who are privileged with good fortune and are tall in size but by indulging contaminated thinking, become virtual dwarfs in their own eyes.

He said, "Everyone who meets me, the dwarf, averts their eyes in discomfort at my disability. Your father was the only one who looked me straight in the eye and said, ‘Young man, you are an inspiration. You were born with what to others would appear as a great handicap, but you refuse to play the role of the victim. You get up in the morning, go to work, and earn an honest living. You are a role model for all of us. You teach us that circumstances should not dictate the terms of our existence. What's more, I am going back to my students and I'm going to tell them about you so that they might learn from your example.' Your father made me feel tall, if not in size, then in stature. I used to so look forward to seeing him and I've missed him so much. My condolences to you. He was a truly great man."

There are people who are privileged with good fortune and are tall in size but by indulging contaminated thinking, become virtual dwarfs in their own eyes. And there are those who work hard to deliberately move away from the clutches of thoughts that would drag them down -- memories of the past (which are no more than a collection of thoughts) and personal thinking of their flaws and blemishes which limit their experience of living.

My dear reader, we are the thinkers. The choice is ours. We determine what colors to lend to the images that appear on the canvas of our daily lives.

Do yourself a favor: When the negative, inhibiting thoughts surface in your mind, as they inevitably will, imagine that you are at a depot with a choice of many buses going to different destinations. Before you climb on one of them, it would be wise for you to ask yourself if this bus will take you where you want to go. If it won't, don't get on that bus. Move on; find the right bus, the thoughts and mindset that will allow you to embrace life and all of your potential and blessings. Slowly and surely you will more consistently identify the right bus, create a new pattern for yourself, a shift in your kaleidoscope that will give you a new lease on life.

Be sure to get a copy of Rebbetzin Feige's just published book, Ask Rebbetzin Feige (Artscroll). Featured on Aish.com, Rebbetizen Twerski brings a refreshing, wide-angled Torah perspective to the handling of everyday life. Brimming with pragmatic solutions to hard-hitting questions, this is one advice book you'll refer to over and over. Click here to buy (a portion of every purchase will support Aish.com.)