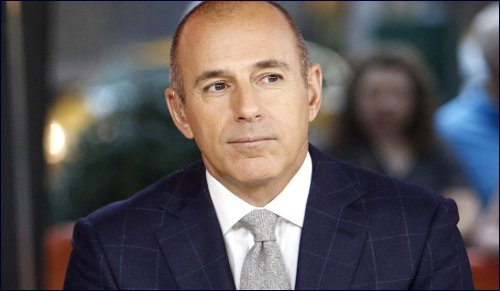 Men abusing their power to exploit women is not new. What's new is the huge shift in society’s refusal to look the other way.

The last few months have seen a cascade of revelations of gross misconduct among accomplished men who overnight went from objects of admiration to targets of derision. There is a growing list of men whose public personas turn out to be radically inconsistent with their private acts and behaviors.

Sadly, men abusing their power to exploit women is nothing new. What is new, however, is the enormous shift in society’s unwillingness to look the other way or excuse such indiscretions. 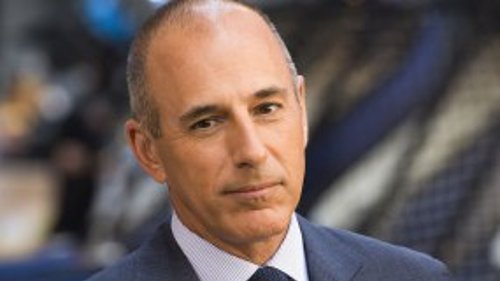 Take the latest high profile fall from grace: Matt Lauer, the co-anchor of NBC's Today Show. Last week he was accused of improper behavior; within days the $25 million a year anchor was unceremoniously fired. Gone are the days a highly visible company or organization could delay while researching the facts, investigating the allegations, or waiting to see if a criminal charge would be filed. The radical shift has resulted in almost instantaneous consequences following a revelation.

This sea change in how we address these issues is refreshing and welcome, but how did it happen?

The answer is us. The legal system hasn’t changed. What changed is what we as a society are willing to tolerate, accept, or excuse. A common theme in almost every one of the recent scandals is that “everyone knew” about their behavior. Everyone knew, and if challenged everyone would tell you it was reprehensible. And yet the combination of those two things somehow nevertheless resulted in indifference, not action. Why? Because society was comfortable looking the other way. The attitude of “boys will be boys” and “that’s just how powerful people behave” enabled and even empowered corrupt people to perpetrate such heinous injustices.

As soon as we collectively decided such behavior was not only improper, but deplorable, a line was drawn and those finding themselves on the other side of it are being outed and held responsible.

There is much to say on this whole episode, but one critical point being overlooked is how much we as a community, through our standards, expectations and tolerance levels, can shape behavior. Laws, both human, and as dictated by the Almighty, are necessary to guide us in right from wrong, but it is up to society to create the culture and atmosphere that will enforce those standards and hold accountable any who violate them, no matter their status or celebrity.

Refuse to be Indifferent

In last week's Torah portion a powerful man takes advantage of a vulnerable woman. Shechem was the son of Chamor, the ruler of Canaan. He was privileged, formidable, and he desired Dinah, the daughter of Yaakov so he violated her against her will. Rabbi Shimshon Raphael Hirsch comments that this episode was a classic case of a ruler dominating a weak woman.

Shechem was used to getting what he wanted without resistance or consequence. How would Dinah’s community, her band of brothers, respond to her exploitation? Would they cower in fear? Would they look the other way?

Shimon and Levi, Dinah’s brothers, understood that if they remained passive and complacent, a precedent of tolerance would be set for such behavior. They refused to be indifferent and executed a scheme to avenge their sister’s violation and hold the perpetrator and his accomplices accountable.

To be an adult is to have the courage and tenacity to stand up to injustice and intercede on behalf of the vulnerable.

Our sages find a source for a boy turning bar mitzvah at 13 years old from the fact that Shimon and Levi, who were 13 years old at the time, are labeled ish, men, when this incident occurred. The Lubavitcher Rebbe commented (Likkutei Sichos 5:421) “The fact that a source for Bar Mitzvah is derived from Shimon and Levi imparts another very important lesson: As soon as one becomes 13 years of age, one is expected to have mesiras nefesh, self-sacrifice, to defend and protect the integrity and sanctity of Klal Yisrael, the Jewish people, as well as each and every Jew.”

An immature child can sit on the sideline. To be an adult is to have the courage and tenacity to stand up to injustice, to intercede on behalf of the vulnerable, and to protest the violation of moral boundaries.

The Torah records the obligation to show kindness and sensitivity to the widow and orphan in the plural. Why? All of society bears the iniquity, be it active or passive, when it tolerates oppression. This commandment is written in the plural because the community is measured by the environment it sets and the behavior it tolerates. Even those individuals not actively guilty of oppressing the less fortunate are culpable because of their indifference and apathy to their plight.

Matt Lauer was the recipient of the swift arm of social justice. The court of public opinion has quickly become demanding and unforgiving of what just recently was tolerated, even tacitly accepted behavior among powerful men. To be sure, we must be vigilant to preserve due process, not rush to judgment, or hurt innocent people in the process of holding the guilty accountable. But, as the spiritual heirs of Shimon and Levi we must continue to embrace our power as a society to implement right from wrong and good from bad.

We have learned the hard way that whether people behave properly and appropriately is as much a function of what we tolerate as if it is right or wrong. That places an enormous burden and responsibility on us to carefully consider the culture and atmosphere we create. Let us choose carefully and wisely. A world of vulnerable people is counting on us.

Daniel Pearl and the Normalization of Evil
The Blue Beyond
Great Place to Live
Is Eating Supposed To Be Spiritual?
Comments
MOST POPULAR IN Current Issues
Our privacy policy