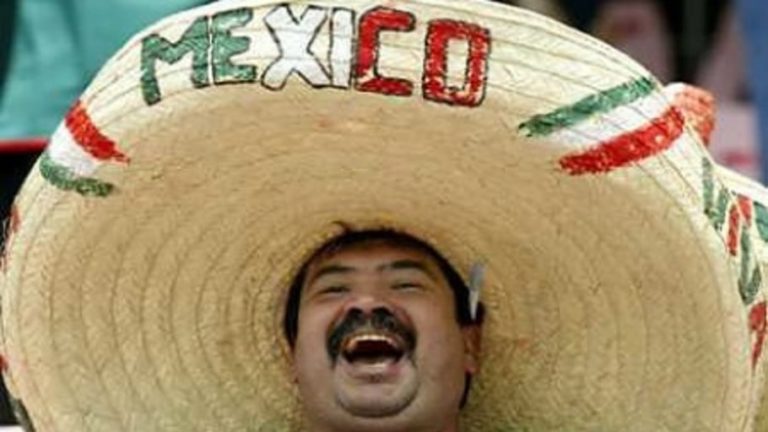 The holiday marks Mexico’s evolution into a haven for persecuted Jews.

Sometimes mistaken for Mexico’s Independence Day, Cinco de Mayo (5th of May in Spanish) marks the 1862 Battle of Puebla in which a motley Mexican army defeated the vastly better equipped forces of France - and changed Jewish history in Mexico in the process. American Cinco de Mayo celebrations can dwarf those in Mexico, where it’s a minor holiday in the state of Puebla.

When Mexico gained independence in 1821, Catholicism was the formal and only religion allowed in the new Republic. Fewer than 30 Jewish families are on record as living in Mexico as late as the mid-1800s. Before independence, the Spanish Inquisition operated in Mexico, executing over 320 Jews. But the intense conservatism and religious hegemony of the Catholic Church was challenged in the 1850s when Mexico was wracked by a civil war, pitting arch-conservatives forces against liberal reformers. The resulting upheaval opened Mexico’s doors to thousands of European Jews.

In 1861, Benito Juarez, a lawyer who was a member of the native Zapotec tribe and a leader of liberalism in Mexico, was elected president. A reformer, Juarez angered Europe’s monarchs, especially when he defaulted on Mexico’s ruinous debt repayments to their courts. Britain, France and Spain sent troops to Mexico. Britain and Spain reached agreements with Juarez’s new government and withdrew their forces, but France, under Napoleon III, decided to seize the country and install an emperor to rule Mexico as a European vassal state. 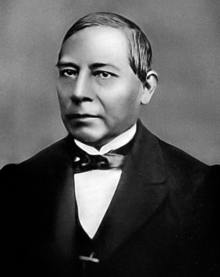 France sent a well-supplied military force commanded by General Charles Latrille de Lorencez to the Mexican port of Veracruz. They took the port and sent Pres. Juarez fleeing, then set forth to attack the small town of Puebla de Los Angeles in the eastern state of Puebla. Pres. Juarez quickly raised a rag-tag army of 2,000, mostly from native Indian tribes, and the small, under-supplied army prepared to face off against Gen. de Lorencez’s 6,000 well-armed men.

The results were shocking: in only one day, on May 5 (Cinco de Mayo) 1862, Juarez’s forces defeated the French troops. The victory was minor from a military standpoint, but it energized Juarez’s liberal cause and galvanized France to take drastic action. In 1864, Napoleon III installed the Archduke Ferdinand Maximilian as Emperor Maximilian I of Mexico. The Austrian-born duke set sail for Mexico, intending to rule his new home as a benevolent dictator.

Unlike the conservative Catholics who’d been ruling Mexico, Maximilian wasn’t opposed to Jews, and several Jewish families accompanied him to his new home. One prominent Jew who moved with the new emperor was Dr. Samuel Basch, who was Maximilian’s official court physician and ran the Military Hospital in Puebla in Mexico. (He went on to have an eminent medical career back in Europe, and invented the forerunner of today’s widely used cuff for measuring blood pressure in the 1880s.) Maximilian also issued an Edict of Tolerance, declaring that Jews from Germanic lands would be free of persecution if they moved to Mexico. For a while, these new Jewish residents debated establishing a synagogue, but eventually decided to hold services in a private home instead. 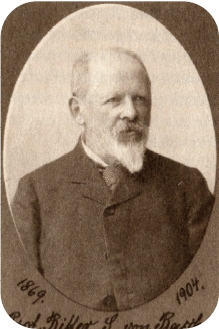 Emperor Maximilian I upheld Juarez’s reforms, refusing to restore holdings that Juarez had seized from the Catholic Church, and abolishing debt servitude in Mexico. Yet he was backed by Mexico’s arch-conservative forces, and fighting continued between France and Pres. Juarez’s indigenous (and after 1865, US-backed) forces. Finally, in 1867, Pres. Juarez was victorious: he moved back to Mexico City and had Maximilian executed. Most of the European Jews who’d moved to Mexico with Maximilian returned home, but Pres. Juarez’s reforms soon made Mexico hospitable to a large Jewish community for the first time. 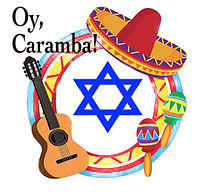 Juarez recreated Mexico as a secular country. He seized church property and reformed the Mexico’s constitution to allow freedom and liberty for non-Catholics. Some European Jews trickled into the country; in 1882, with the assassination of Czar Alexander II in Russia, that trickle became a stream, as Russian Jews sought a haven in the newly-liberalized Mexico.

Juarez died in 1872. In 1877, Mexico underwent political turmoil once again when Gen. Porfirio Diaz seized power and declared himself president. Though autocratic and corrupt, Pres. Diaz did extend Mexico’s welcome to European Jews, formally inviting Jewish bankers to move to Mexico from Germany in order to help stimulate the economy. These Jews, as well as their impoverished brethren fleeing pogroms in Eastern Europe, would never have been able to find sanctuary in Mexico if it weren’t for the reforms established years earlier by Benito Juarez, hero of the Battle of Puebla on the Cinco de Mayo. In 1885, the first synagogue in Mexico was built in Mexico City. 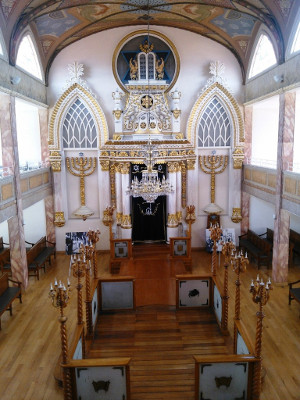 In the late 1890s, Jews fleeing violence and anti-Semitism within the Ottoman Empire joined their Ashkenazi brethren pouring into Mexico, and groups of Syrian, Turkish and Greek Jews set up communities and synagogues. In addition to Mexico City, the towns of Monterrey, Guadalajara and Tijuana became home to Jewish communities. By the 1930s, nearly 50,000 Jews called Mexico home; today, over 40,000 Jews live in Mexico, enjoying the freedom of religion first guaranteed to them generations ago in the aftermath of the Battle of Puebla.

The "Jewish Tribe" in Uganda

77 Years After the Holocaust, A Family Reunion
Near Death Experience Panel
The Western Wall: The Heart of the World
Ask the Right Question: Tisha B’Av
Comments