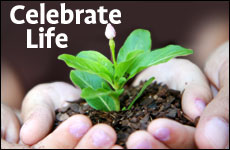 An open letter to Eva Sandler who lost her husband and two sons in the Toulouse terrorist attack.

In 2001, when my son Koby was 13 years old, Palestinian terrorists murdered him with his friend, Yosef Ish Ran, here in Israel. Unfortunately, the horror of that act made me and my family part of Jewish history. Now you and your family are part of history too.

Eva, you are obviously a remarkable Jewish woman already transforming your pain, writing to us telling people to increase their learning of Torah, to light candles before the time Shabbat begins, so that your tragedy brings more light into the world.

And through your generosity of spirit and empathy for the Jewish people, it’s not just the terror perpetrated on your own family that we will remember. Because you named your son Gabriel after Gavriel Holtzberg, who along with his parents was murdered in a terror attack at the Chabad House in Mumbai, we remember him too.

But the question that people are asking me and the question I am asking myself is personal. How are you going to survive this loss? How are you going to survive, period? It’s like being disabled, Binyamin Netanyahu told you after your two children and husband were murdered in a terror attack in Toulouse last week. “It’s like missing a limb.” He is telling you from personal experience because he, too, is bereaved. His brother Yoni was killed in the Entebbe attack.

Like Netanyahu, I can tell you from experience. The pain is indescribable. Nobody wants to imagine it. Everybody is terrified of the pain.

People are also afraid of my family’s pain. Koby and Yosef were cruelly murdered, beaten to death with rocks.

It’s a truck crushing you, a tsunami, an earthquake.

When Koby was murdered, for me it was the feeling that life was not worth living, that everything I counted on was gone.

Evil had invaded my home.

When I grew up in the 1960s in New York, I heard that the Jews suffered. But me. I didn’t suffer. I didn’t understand the Jewish history of suffering.

During the shiva we asked a bereaved father, a rabbi, how we would survive. He told us, “You have to use your pain to grow.”

You are already doing that.

Eva, you remind me of Oscar Pistorius, the South African runner who runs on carbon fiber artificial limbs, blades really. Critics claim that he has an unfair advantage: he’s faster than a regular runner.

You refuse to allow disability to paralyze you. You are already learning to walk while missing limbs.

You see, and most people don’t realize this: you have the ability to do great things.

Most people are not aware of post traumatic growth – some people who experience tragedy believe that it gives them a kind of wisdom. Some go on to do great things.

But greatness in Judaism has to do with acts of kindness.

Years ago, when I met the actor Christopher Reeves, who played Superman in the movies, he told me that before he was paralyzed in a horse back riding accident, he thought that greatness had to do with heroic activities: sailing around the world alone, climbing high mountains, equestrian jumping.

And then when he was gravely injured, unable to move his limbs, he understood: greatness had to do with everyday kindness and overcoming everyday obstacles.

It’s not surprising that a synonym for kindness in Hebrew is gedula, greatness.

The pain and terror of the chaos and darkness and evil of loss is so great it threatens to unbalance you. At first it will.

We build from pain. While our enemies celebrate destruction, we celebrate life.

But you will become greater in order to recalibrate your center of gravity. One day your happiness, too, will become greater. We see that at Camp Koby, the summer camp we run for 400 bereaved children in Israel. Their happiness is tremendous, wonderful. It is, one counselor said, “the happiest place in the world.”

Despite the fact that every kid there has lost a mother, a father, a sister or a brother to terror or tragedy.

I have a handicapped friend who is an excellent swimmer.

She told me, “If the world were a pool, I wouldn’t be disabled.”

There are ways to circumvent the feeling of disability.

Everything now needs to be redefined. You are already doing that.

At our shiva, a general in the IDF came to see us. We had never met him before and as he sat at the edge of the couch, ramrod straight, he told us: “Everybody will go away. And you will be alone in this.”

It’s true. We bereaved are all in the end alone. But we Jews are all also surrounded by a community that refuses to let us fall, that supports us and nourishes us.

Related Article: A Letter from Toulouse

As a people we have experienced centuries of rising from the ashes of sadness and redeeming ourselves with a love of Torah and Jewish learning and values including a love for the land of Israel, where your husband and children are now buried. Please God, Israel will also be the site, for you and for all of us, of great simcha, great happiness.

Because the secret of the Jewish people may be this: we are masters in post-traumatic growth. Out of the ashes of the Holocaust, Israel was reborn. We build from pain. While our enemies celebrate destruction, we celebrate creation. We celebrate life.

We Will Remember
Were Adam and Eve Jewish?
How I Learned to Love the Multiverse
10 Big Jewish Inventions
Comments