Bystander or Hero: Who Do You Want to Be? 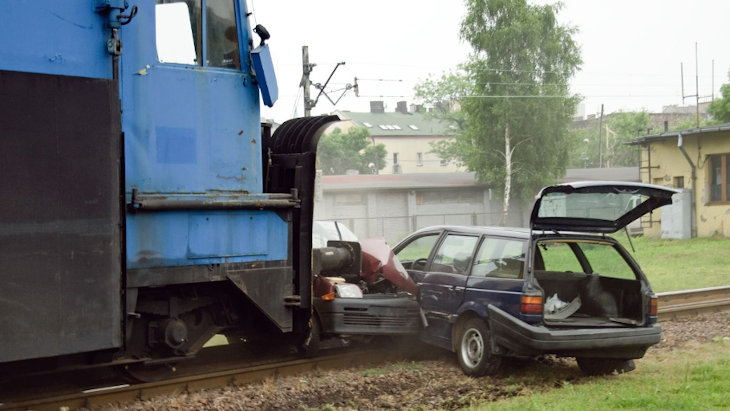 You don’t need to jump in front of an oncoming train, like my cousin, to be a hero. You have to stand up to harassment, bullying or other injustices.

On October 27, 2017, my first cousin Dan Leeder, a sergeant in the Durham, North Carolina, police department, received a call on his radio about a car stuck on the local train tracks.

A fellow officer, Tony Parker, arrived on the scene first and found four people stuck inside the truck. The family had swerved to avoid a dog in the road and ended up getting their front axle stuck on the track. Officer Parker could hear the train coming down the tracks with its warning horn blowing loudly. He was able to get three people out of the car, but the driver, a paraplegic with only one functioning leg, was stuck.

On his way to the scene, my cousin had learned that the oncoming train was carrying chemicals and with the train barreling towards them, it didn’t appear that it would be able to stop in time. The dispatcher at Durham Police Headquarters was yelling at the officers to immediately get out of the area and save their own lives.

That’s not what happened.

My cousin ran toward the tracks, and he and Officer Parker tried desperately to pull the man out. The two of them were prepared for the worst. In an interview afterwards, my cousin told a reporter, “We didn’t say anything to each other. We just knew that there was a job that had to be done and we were the ones who had to do it. We had to get this guy far enough away from the tracks, far enough away from the car just in case the train didn’t stop, so that we have a chance of making sure we all survive.”

The train’s conductor has never once been able to stop a train this fast. It was truly a miracle.

They were able to pull the man out of the car to safety just as the train stopped about 50 feet from them. The train’s conductor told the officers that in his vast experience with trains, he has never once been able to stop a train this fast. It was truly a miracle. 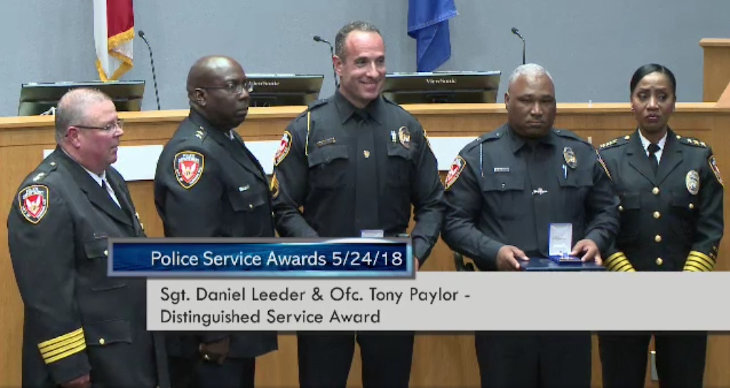 I always looked up to my cousin. From an early age he had always displayed traits of leadership and bravery. But this incident caused me to wonder, how would I react in an emergency situation? Would I be willing to risk my life to help someone in danger? In a crisis, would I be a hero or would I be a bystander?

Please God, none of us will never find ourselves stuck on a track with a train barreling towards us, but the question of being a hero or a bystander affects us almost daily and in a very real way.

Our shul recently interviewed Tzur Goldin, brother of Hadar Goldin z”l. And while the interview was largely about Hadar and the efforts to bring his body back to Israel, Tzur is also actively involved in an important project called Bystander Israel. The project’s goal is to create a movement of people committed to not stand idly by when they see abuse, harassment, bullying or other injustices. The movement challenges ordinary people like me and you to get off the sidelines and become everyday heroes, to take action and be responsible.

For example, from a young age we educate our children about bullying. We teach them that if they see something that makes them feel uncomfortable, they should tell a teacher or parent. We teach them that a bystander, anyone witnessing bullying, has the potential to make a positive difference by becoming an upstander. An upstander is someone who sees what happens and intervenes, interrupts, or speaks up to stop the bullying. We show our children that even one person’s intervention can make a big difference for someone who is being bullied. Bystanders are passive; upstanders are heroes.

As adults, how many times have we stood around with a group of friends or with colleagues in our office and criticized or poked fun at someone? How many times have we openly displayed negativity and cynicism toward community leaders, institutions, and policies? How often are we exposed to language that denigrates or puts down others? It happens all the time on WhatsApp groups, in carpool lines, in our front yards, and outside of shul. And we wonder why a child is excluded from birthday parties when we ourselves are constantly whispering about this person or that person.

We need to be the adults we want our children to be, and model the kindness we want to see.

You don’t need to risk your life or jump in front of an oncoming train to be a hero. But you do have to be willing to not look the other way when you could make a difference in someone’s life.

Moving from bystander to hero isn’t reserved for police officers or rare occasions; it’s a daily opportunity. The way we speak, the tone in which we criticize, our approach to politics that differ from ours and to people who feel differently from us – these are all choices that carry real consequences. And it all starts with a simple question: are you a bystander or are you willing to make yourself into an everyday hero?

How 3 Previous Pandemics Changed the World

13 Things Your Family Can Do This Halloween

The Origins of Antisemitic Conspiracies

Inclusion
Blocked Goals and Anger
Why the Mezuzah is Placed on a Slant
Faith: the Axis Upon Which the Wheel of Science Turns
Comments
MOST POPULAR IN Current Issues
Our privacy policy