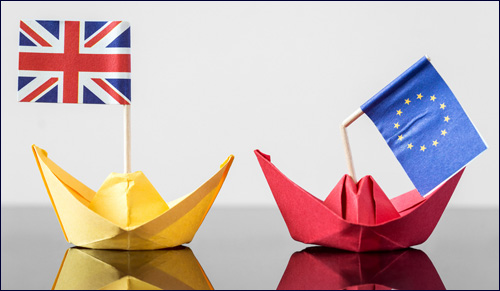 My country is dominated by discussions of whether Britain should leave the European Union. I can’t wait until this is over.

I can’t stand politics. I avoid it whenever possible. I’m a British citizen so even though I’ve been spared the agony of making the unappetising choice between Trump and Clinton, my country has our own political hot topic that is marching towards a nation-wide referendum: whether to stay in the EU or leave it, commonly known as ‘Brexit’.

It’s on the radio, it’s in the press, it’s on TV, it comes up in conversation constantly. It’s practically impossible to ignore. In? Out? Shake it all about! The two sides are constantly harping about why it’s good to leave, or why it’s good to stay. We’re also getting a good dose of apocalyptic predictions just to make it more exciting; it’s like British politics has been taken over by Monty Python.

So, much as I would like to just politely ignore the whole thing with typical British reserve, alas, I can’t. And I do like to exercise my democratic right to vote, so I sort of have to try and understand what’s going on.

Actually by now I know exactly how I’m going to vote, and I feel pretty confident I know what the outcome will be. But I’m not going to tell you –I wouldn’t want to jeopardise Aish’s political impartiality.

Part of the problem is the media’s desperate effort to be impartial. The BBC bends over backwards to try and convey both sides in every news bulletin. Some, including former British Prime Minister John Major, have even said this has led to spurious and unfounded claims being broadcast as verified facts. But the reporters have to give both sides. You can almost hear their frustration simmering away – they seem to be aching to just shout ‘VOTE STAY!’ and be done with it. But as we know, the BBC is a world leader in unbiased reporting, so of course the reporters would never, ever dream of tainting their broadcasts with their personal views, or those of the ultra left-wing liberal Corporation – oh sorry, I meant the impartial, politically neutral BBC. Right…

I decided to do a small survey amongst my friends to see how they feel about the issue. One friend said, ‘I hope I’ll still be able to get cleaning help!’ – a primary concern for any Jewish homemaker (although not one that the press usually addresses). Another just said, ‘What? What’s Brexit?’ I was actually quite impressed that she has managed to bypass the issue entirely. A third woman said, ‘Don’t you think Brexit sounds like a breakfast cereal?’

Actually, for me the most interesting thing about the referendum is the word ‘Brexit’, a compound of ‘British’ and ‘exit’. Everyone gets a little thrill when they use the word. It makes you feel modern and edgy, and politically knowledgeable, qualities that won’t earn you any more friends... or money.

There is something so satisfying about “portmanteau words” like this. In fact, putting words together is often how new expressions are coined in English, a language which is a rich, diverse amalgam of many dialects, or, if you prefer, a confusing and disorderly mish mash. Other recent compound words include:

I discovered another word which I can’t believe I didn’t know about until now. Putting ‘hungry’ and ‘angry’ together, you get ‘hangry’ which describes someone who is angry because they’re hungry – or hungry and thus angry. This is a useful, if not essential word for any wife and mother.

But whilst being ‘hangry’ is a universal and enduring phenomenon, I have a feeling the word ‘Brexit’ won’t last – once the vote has been cast, it will probably fade into obscurity along with the whole political debate. And I, for one, will be very pleased when it does.

Dating Tips from the Jewlarious Rebbetzin