Breaking Free from Perfectionism and Shame 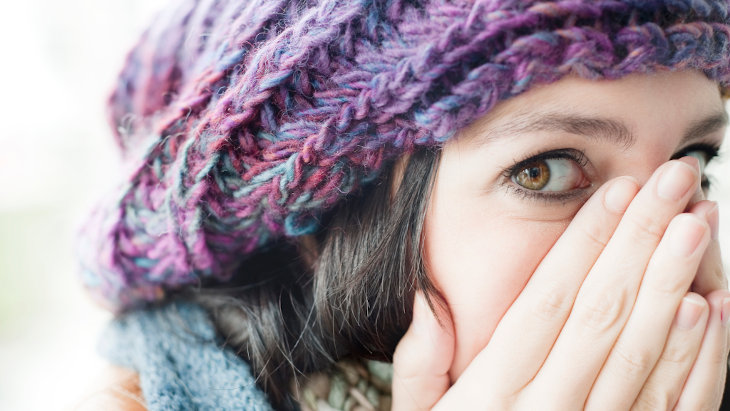 You’ll never be the same after making a mistake – you can be better.

My teacher meant well but she taught us a harmful lesson.

Mrs. Stern* took a sheet of loose-leaf paper and crumpled it into a ball. Then she opened it up and smoothed out all the creases. She did a thorough job and got the paper to lie flat on her desk. Next, she picked up a fresh sheet of paper from the pile.

“See? Although I smoothed out all the wrinkles, this sheet will never look like this one,” she said, holding them side by side for emphasis. “You can still see all the creases.”

Her message was obvious: mistakes leave us permanently damaged. You can correct it, but you'll never be the same.

Perfection is a Sisyphean burden; no matter how hard we push, we will never achieve it. No person has ever reached perfection, nor is there any chance they will. Perfection is not the goal; growth is, and perfectionism obstructs growth. Perfectionism inhibits us from pursuing our goals because we want to avoid failure and criticism. The thought of failure is so frightening it prevents us from taking necessary risks.

When the announcer at a race says, “Ready, set, go!” perfectionists may get stuck at the ‘set’ stage, and never move on to ‘go’. For them, a better approach would be: Ready, go, set.

This feels frightening and counterintuitive. Yes, planning and preparation are essential for success, but they are not the only elements to achieving a positive outcome. Paradoxically, failure is the gateway to success. Making an attempt, putting in your best effort, failing, and then trying again is the process of every successful endeavor.

Perfectionism is an outgrowth of shame. Like perfectionism, shame is never useful and impedes achievement.

Shame is the belief that there’s something wrong with me, not with what I’ve done.

What is the difference between shame and guilt? Guilt is the feeling that lets us know that we have done something wrong, something that doesn’t align with our values. It is about our behavior. When we feel guilty, we are motivated to correct our mistake. Once corrected, guilt is often replaced with feelings of pride or virtue. We feel cured, a better person than we were before.

Guilt prompts us to correct our behavior; shame lingers and plagues us, disturbing our sense of self. So to defend ourselves against these feelings of shame, we aim for perfection.

Brown, a research professor who studies shame, explains, “When perfectionism is driving, shame is always riding shotgun. It comes from worrying what other people will think. We believe that if we can look perfect, live perfect and work perfect, we will avoid criticism, blame, and ridicule. It is a shield, but is actually a burden that we carry around hoping it will keep us from being hurt.”

When someone is raised with shame, (his mother constantly said, “What’s the matter with you? You’re such a bully” as opposed to, “Stop hitting your sister right now.”) it becomes as much a part of their identity as their name.

Rabbi Dr. Abraham Twerski, obm, shared a story from his youth which illustrates the difference between criticizing the behavior and criticizing the child. One Rosh Hashanah when he was 10 years old, their guest invited him to a game of chess. Surprised and unsure how suitable it was to play a game of chess on that solemn day, young Abraham hesitated. The guest assured him playing was okay, so Rabbi Twerski, a chess champion, played twice and won both times.

Later, that evening, when Abraham was summoned to his father’s office, he knew he would face his father’s displeasure. He walked into the office waiting to be addressed. After a few minutes, his father lifted his eyes from his book, and asked, “You played chess on Rosh Hashanah?”

Rabbi Twerski said, “Yes, the rabbi said we were allowed to.”

His father turned his gaze back to his book and young Rabbi Twerski understood his father’s unspoken words. Still, he couldn’t’ leave until his father dismissed him. After a few minutes, his father looked up at him again, and with a smile on his face and a twinkle in his eye, asked, “You beat him?”

His father let him know that it was inappropriate to play chess on Rosh Hashanah, but he wouldn’t let him leave the room feeling bad about himself. “The trick of good discipline,” explained Rabbi Twerski, “is disciplining your children in a way that lets them know what they did was wrong but doesn’t make them feel that they are bad, even if they did something wrong.”

Living with toxic shame, the belief that we are bad, is a burden that shackles us to the past. However, when we dispense with the shame and use our guilty feelings to grow from the experience, we give birth to a better self.

Scars are not shameful. We can transform them into a thing of beauty.

While none of us like making mistakes, the mistakes we make are often our best teachers. There is an age-old tradition in the Japanese culture called kintsugi which honors the brokenness people feel. Through its practice, it highlights imperfections instead of hiding them. Kintsugi means “to join with gold” and encourages people to stay optimistic when things fall apart. This practice takes the form of restoring broken pottery instead of discarding it.

It acknowledges that accidents happen; a favorite piece of pottery may slip from your grasp, breaking into pieces. Those who practice kintsugi do not discard the broken pottery. Instead, they piece it back together. They join the broken pieces with sap and then overlay it with gold, highlighting the fracture, not hiding it. Gold is valuable. Gold is beautiful. It transforms the piece of pottery from a damaged or broken dish into a work of art.

Scars are not shameful. We can transform them into a thing of beauty.

There is no doubt that traumatic events like shame affect us deeply. It changes our life. It makes us feel like a piece of broken pottery that is unusable. But in the hands of the right craftsman, we can be transformed into a work of art.

This is a lesson worth learning. We are both the craftsman, and the work of art. Mrs. Stern was wrong. You’ll never be the same after making a mistake – you can be better.

A Taste of Slow

What Does It Take to be a True Hero?

5 Essential Ways to Make Room for Change and Move Forward
How This 6 Generation Bread Baker Brought Back Israel’s Ancient Grains
Olivia Newton John’s Grandfather was a Nobel-Prize Winning Jewish Physicist
Don’t Believe in Other Gods Versus God is One
Comments
MOST POPULAR IN Spirituality
Our privacy policy
Aish.com Is Looking for Great Writers