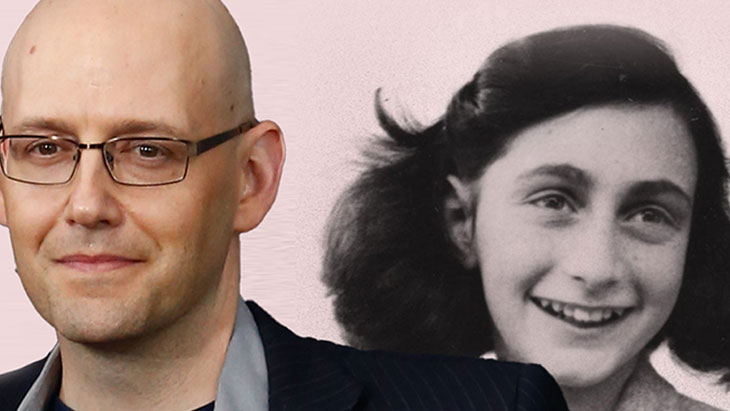 His most personal book, Meltzer wrote I am Anne Frank as a way to combat global Jew-hatred.

Brad Meltzer is a familiar name to millions of readers around the world. The #1 New York Times bestselling author of numerous books for adults and kids, Brad has hosted television programs and is also the creator of the 27 books in the Ordinary People Change the World series of biographies of notable people written for young children. These books, written in the first person, bring famous figures such as Amelia Earhart and Abraham Lincoln to life, describing what their life was like from the time they were children to the fame they earned as adults.

One of his most successful books in the series is I am Anne Frank. “I started this book series to give my own kids heroes to look up to,” Brad explains. He tries to write about historical figures who modeled “kindness, compassion and perseverance,” and with I am Anne Frank he also tried to convey hope. “Who better to teach hope than Anne Frank?” Brad asks. “This is the girl who hid from Nazis in an attic and still felt that people were good at heart.”

Anne Frank was born in Frankfurt on June 12, 1929. Her parents Otto and Edith Frank were cultured and middle class; Anne also had an older sister named Margo. In 1934, after Hitler came to power in Germany, the Franks fled Germany, finding relative safety in nearby Amsterdam. But when Nazi Germany invaded the Netherlands in 1942, life changed drastically or Jews there. Unable to work or go to school, Dutch Jews were forced to wear a yellow star whenever they went out in public.

After local Nazi officials notified the Frank family that Margo was to be deported to a labor camp, the family had no choice but to hide.

After local Nazi officials notified the Frank family that Margo was to be deported to a labor camp, the family had no choice but to hide. Along with another family of three, then another man as well, the Franks spent over two years living in a secret set of rooms behind her father’s business office. Aided by some non-Jewish Dutch neighbors, the Franks and other Jews in the secret annex had to live in near silence most of the time. Even a footstep or an overheard whisper would have alerted the workers toiling in the building and would have led to the Jews’ discovery and arrest.

Anne spent much of her time writing in her diary. Her words have been inspirational to generations of readers.

In August 1944, the Franks and other Jews were discovered, probably because a local worker or neighbor heard or observed their presence. Arrested and sent to concentration camps, almost all of the Jews in the secret annex perished at the hands of the Nazis. Edith Frank died in Auschwitz. Both Margo and Anne Frank suffered from overwork, malnutrition and disease; they died of typhus in the Bergen Belsen concentration camp. Of the eight Jews in the annex, only Otto Frank survived. He oversaw the publication of his Anne diary after the Holocaust.

With the current alarming rise in antisemitism around the world, Brad Meltzer wrote I am Anne Frank as a way of combatting global Jew-hatred. “The real truth is that antisemitism is at this brand new high,” he explains. “There are millennials who don’t know basic facts about the Holocaust, let alone that six million Jews died.”

A recent poll found that 63% of young adult millennials and Generation-Z didn’t know that six million Jews were killed during the Holocaust. Shockingly, 11% believed that Jews had caused the Holocaust. More information about the Holocaust and the horrors of Nazi persecution of Jews and other groups is more crucial now than ever. 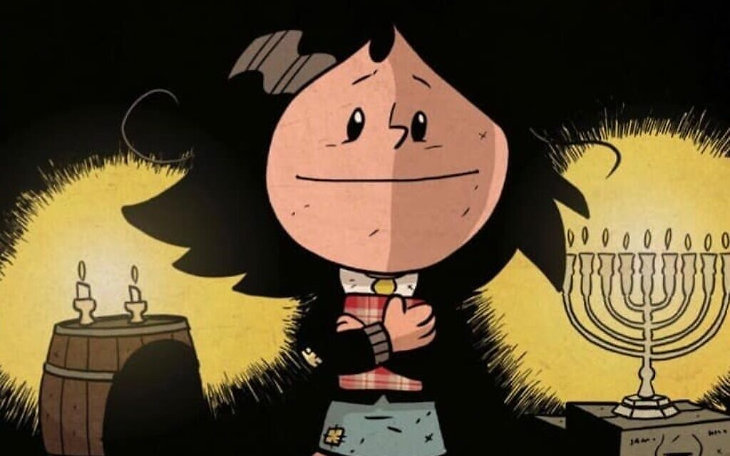 “When I read that statistic about millennials who don’t know about the Holocaust, I knew I had to write for non-Jewish readers too,” Brad notes. He points out that he has no memory of hearing Anne Frank’s story for the first time; her story has always been a part of his life. "Knowing about the Holocaust was part of growing up.” Today, the majority of youth do not have this same understanding and base of knowledge.

Brad Meltzer grew up in Brooklyn. A trip to Israel at the age of 19 changed his life. Visiting the Jewish state made him feel like he was “part of something – I started going to synagogue and saying Shabbat prayers.” As he’s grown older, Jewish practice has become a more central part of his life.

“As a father I realize that our kids need hope again.” Telling Anne Frank’s story to a new generation of children is a way to give readers hope.

Anne Frank’s diary contains some moving passages, a few of which Brad quotes in his book. In one inspiring section, he shows four passages from Anne’s real-life diary:

Who knows, maybe our religion will teach the world and all the people in it about goodness.

As long as this exists, this sunshine and this cloudless sky, and as long as I can enjoy it, how sad can I be?

As long as you can look fearlessly at the sky, you’ll know that you’re pure within and will find happiness once more.

I still believe, in spite of everything, that people are truly good at heart.

Readers have told him it’s the most important book they’ve ever read with their children.

Brad observes that Anne was “born with this light in her,” an ability to be optimistic and inspiring despite the traumas that he endured in her short life. “Great horrors in our lives don’t just take us apart,” Brad notes, “they also reveal us. Anne’s situation revealed her ability to look at life with positivity."

After I am Anne Frank came out, Brad recalls that his sister phoned him up to say she’d just read the book to Brad’s seven-year-old niece. He asked how it went and his sister replied, “I don’t believe it – I just had an hour-long conversation with her about the Holocaust.” At the end of this long emotional talk, Brad’s niece confided, “I’m proud to be Jewish.”

"Your book worked,” his sister told him.

Readers have told him it’s the most important book they’ve ever read with their children. “I’ve never seen a reaction like I’ve seen for Anne Frank. I think there’s something about this book that’s necessary – we get the heroes we need.” 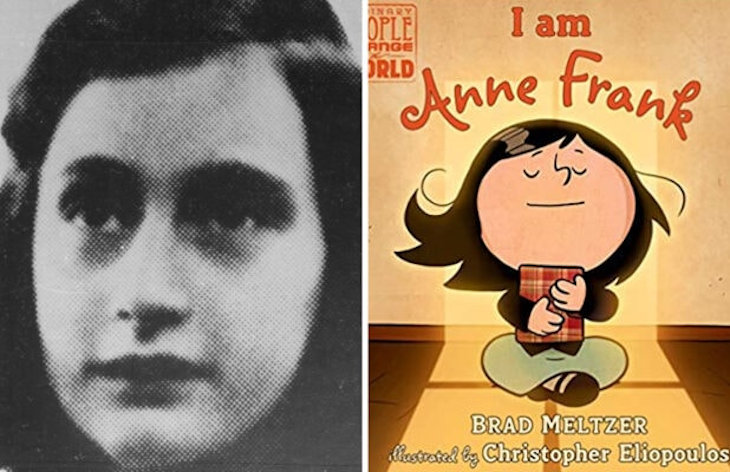 The book tries to give parents the tools they need to teach children about the Holocaust in age-appropriate ways. Notice of Anne’s tragic death at the age of just 16 is placed at the end of the book in a section that can be skipped over when reading the book to younger children. Aimed at elementary school readers, Brad has found the book has wide appeal.

At the end of his book, Brad notes, “In the Jewish faith there’s a saying: If a person saves one life, it’s as if they’ve saved an entire world.” This beautiful concept, found in the Talmud (Sanhedrin 37a), is a lasting message that Brad wants readers to understand.

As soon as he began working on the book, he knew he was going to use that quote. I am Anne Frank is the first book in Brad’s Ordinary People Change the World series in which the hero doesn’t grow old. She lives on in her writing. And thanks to Brad Meltzer, Anne’s life and words continue to be read by young readers around the world today.

Let Aish Say Kaddish for You

A Steppingstone to Judaism
Korach 5782: Visit to Lift the Spirit
That Time The Ivy League Found A Way To Limit Jewish Enrollment
Would You Rather Be Right or Happy?
Comments
MOST POPULAR IN Israel
Our privacy policy