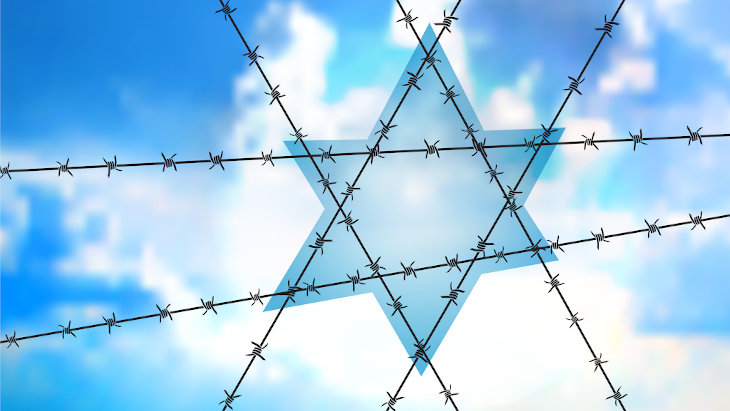 With the global resurgence of anti-Semitic incitement, violence and terror, these are the crucial lessons we must take to heart.

I write on the eve of the 75th anniversary of the liberation of Auschwitz – the most brutal extermination camp of the 20th century – of horrors too terrible to be believed, but not too terrible to have happened.

Of the 1.3 million people murdered at Auschwitz, 1.1 million were Jews. As Elie Wiesel put it, “The Holocaust was a war against the Jews in which not all victims were Jews, but all Jews were victims.”

I write also in the immediate aftermath of the 75th anniversary of the arrest and disappearance of Raoul Wallenberg on January 17, 1945. Wallenberg demonstrated how one person with the compassion to care and courage to act can confront evil, prevail and transform history. It is a tragedy that this hero of the Holocaust who saved so many was not saved by so many who could, and we owe a duty to Raoul Wallenberg to determine the truth of his fate.

I write also on the occasion of a global resurgence of anti-Semitic incitement, violence and terror, and in the midst of ongoing ethnic cleansing and mass atrocity.

And so, at this important historical moment, we should ask ourselves: What have we learned in the last 75 years – and more importantly – what must we do?

Lesson 1: Zachor – the imperative of remembrance

The first lesson is the danger of forgetting – the killing of the victims a second time – and the imperative of remembrance – zachor. As we remember the victims of the Shoah – defamed, demonized and dehumanized as prologue and justification for genocide – we must understand that the mass murder of six million Jews and millions of non-Jews is not a matter of abstract statistics.

As we say at such moments of remembrance, “Unto each person there is a name, each person has an identity, each person is a universe.” As the Talmud reminds us, “Whoever saves a single life, it is as if he or she has saved an entire universe.” Thus, the abiding universal imperative: we are each, wherever we are, the guarantors of each other’s destiny.

Lesson 2: The danger of state-sanctioned incitement to hate and genocide

The genocide of European Jewry – like the genocide of the Tutsi in Rwanda, whose 25th anniversary we just commemorated, and where 10,000 Tutsis were murdered every day for three months – succeeded not only because of the machinery of death, but because of a state-sanctioned ideology of hate. For example, the Jew was seen as the personification of the devil, as the enemy of humankind and humanity could only be redeemed by the death of the Jew.

The Canadian Supreme Court affirmed – and as echoed by the International Criminal Tribunal for Rwanda – “the Holocaust did not begin in the gas chambers – it began with words.” Indeed, in another important principle and precedent, the Supreme Court held that the very incitement to genocide constitutes the crime in and of itself, whether or not acts of genocide follow.

Lesson 3: The danger of the resurgent global anti-Semitism

The Holocaust denial movement – the cutting edge of anti-Semitism old and new – is not just an assault on Jewish memory and human dignity in its accusation that the Holocaust is a hoax; rather, it constitutes an international criminal conspiracy to cover up the worst crimes in history. Here is the historiography of the Holocaust in its most tragic, bitter irony – in its ultimate Orwellian inversion. First, we move from the genocide of the Jewish people, to a denial that the genocide ever took place; then in a classic Orwellian cover up of an international conspiracy, the Holocaust Denial movement whitewashes the crimes of the Nazis, as it excoriates the crimes of the Jews. It not only holds that the Holocaust was a hoax, but maligns the Jews for fabricating the hoax, something which is now being repeated in the genocidal denial in Rwanda.

It is our responsibility to unmask the bearers of false witness – to expose the criminality of the deniers as we protect the dignity of their victims.

Lesson 5: Indifference and inaction in the face of mass atrocity and genocide

These Holocaust crimes, like the genocide of the Tutsis in Rwanda, resulted not only from state-sanctioned incitement to hatred and genocide, but from crimes of indifference, from conspiracies of silence – from the international community as bystander.

Indeed, what makes the Holocaust and the genocide of the Tutsis so unspeakable is not only the horror of the crimes, but that these crimes were preventable. No one can say that we did not know; we knew, but we did not act.

Let there be no mistake about it: Indifference and inaction always means coming down on the side of the aggressor, never the target. In the face of evil, indifference is acquiescence, if not complicity in evil itself.

Lesson 6: The responsibility to bring war criminals to justice

If the last century – symbolized by the Holocaust – was the age of atrocity, it was also the age of impunity. Few of the perpetrators were brought to justice; and so, just as there must be no sanctuary for hate, no refuge for bigotry, there must be no base or sanctuary for these enemies of humankind. In this context, the establishment of the International Criminal Court (ICC) was seen as the most dramatic development in international criminal law since Nuremberg. But the ICC must guard against an abuse of its mandate and mission lest it undermine its very purpose.

The Holocaust was made possible not only because of the “bureaucratization of genocide,” as Robert Lifton put it – and as the Nazi desk murderer Adolf Eichmann personified – but because of the complicity of the elites, including physicians, church leaders, judges, lawyers, engineers, architects and educators.

Holocaust crimes were also the crimes of the Nuremberg elites. It is our responsibility, then, to speak truth to power, to hold power accountable to truth.

Lesson 8: The assault on the vulnerable and powerless

The eighth lesson concerns the vulnerability of the powerless and the powerlessness of the vulnerable, as dramatized at Auschwitz by the remnants of shoes and suitcases, crutches and hair of the murdered. Indeed, it is revealing, as Prof. Henry Friedlander points out in his work titled The Origins of Nazi Genocide that the first group targeted for killing were the Jewish disabled.

It is our responsibility to give voice to the voiceless and to empower the powerless, be they the disabled, poor, elderly, women victimized by violence, or vulnerable children – the most vulnerable of the vulnerable. In a word, the test of a just society is how it treats it’s the most vulnerable among them.

Seventy-five years later, that lesson remains to be learned – and acted upon – whether we speak of the horrific crimes against women in the Congo or in Syria. We must appreciate that significant numbers of the world’s population are routinely subject to rape, assault, torture, starvation, humiliation, mutilation and even murder simply because they are female.

If there is an atrocity that belies understanding – it is the willful exploitation, maiming and killing of a child – the most vulnerable of the vulnerable.

What then, is one to say about the genocide – the mass murder – of children – the destruction of millions of universes, of generations yet unborn and never to be born? As the poet Bialik put it – writing after the Kishinev pogroms in 1905, which killed hundreds of children – “There is no revenge that can be invented for the murder of a child.”

Indeed, the Nazi genocide was the genocide of millions of children, and 1.5 million children perished in the Holocaust of European Jewry. But we have yet to learn from this most horrific of horrors, let alone act upon it – as millions of children the world over are subjected to arbitrary detention, torture, cruel, inhuman and degrading treatment, slavery, execution and recruitment as “child soldiers” incited to terrorize and kill others.

It is our responsibility to ensure that protecting children’s rights is at the core of whatever we do – and therefore, of who we are.

We must pay tribute to the rescuers, the righteous among the nations, of whom Raoul Wallenberg is metaphor and message. Wallenberg, a Swedish non-Jew, saved more Jews in six months in Hungary in 1944 than almost any single government or organization. Tragically, the man who saved so many was not himself saved by so many who could have. As citizens – particularly from countries where Raoul Wallenberg is an honorary citizen: the US, Canada, Australia and Israel – we have a responsibility to help determine the fate of this great hero of the Holocaust, whom the UN called the Greatest Humanitarian of the twentieth century.

Lesson 12: Holocaust Remembrance and the State of Israel

A compelling refrain that I would often hear from Holocaust survivors – including in my visits to Auschwitz – is that it is not the case that if there had been no Holocaust there would not have been a State of Israel. It is the other way around, and we should never forget it: that if there had been a State of Israel – the indigenous homeland for an indigenous Jewish people, there would not have been a Holocaust or the many horrors of Jewish and human history.

Lesson 13: The legacy of Holocaust survivors

Finally, we must remember – and celebrate – the survivors of the Holocaust, the true heroes of humanity; for they witnessed and endured the worst of inhumanity, but somehow found in the depths of their own humanity, the courage to go on, to rebuild their lives as they helped build our communities.

We will speak up – and act – against racism, against hate, against anti-Semitism, against mass atrocity, against injustice and against the crime of crimes whose name we should shudder to mention: genocide.

5 Facts About Babi Yar
It Takes A Lot Of Faith To Be An Atheist
How Instagram Brought Back This Nostalgic Soup
What Makes Eli Run?
Comments
MOST POPULAR IN Israel
Our privacy policy