As a Rabbi, I Won't Tell You How to Vote 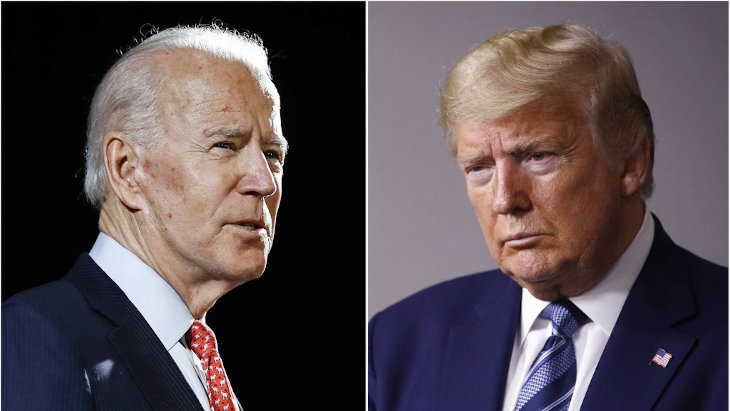 And neither should anyone else.

Ask most people if rabbis should endorse candidates or parties and they will say no. Ask them if they want their shul to be a place that clearly supports one candidate or party over the other and they will say no. And yet, some of the same people will say that those rules apply in ordinary times, these are extraordinary circumstances, there is so much on the line and it would be inappropriate to not speak out.

Those encouraging rabbis to take positions, or the rabbis themselves, will defend weighing in on politics by saying this election is the most important of our time. But my question is, when wasn’t it? A quick look at news archives will show you that every single presidential election is referred to by many as “the most important election of our lifetimes.” Some will no doubt say, “but this election has enormous consequences,” to which I wonder, which election did not? Most amazingly, the same people who will bemoan or react critically if a rabbi takes a position supporting the candidate they don’t, will happily share or point to an article or quote of a rabbi who takes the position that matches their own.

Make no mistake, I appreciate as much as anyone how significant the issues of our day are. This election could shape the character of our nation, and will surely result in meaningful policy implications for the economy, healthcare, pandemic response, race relations, the threat of Iran, the US-Israel relationship, Israel’s prospects for peace and much more. Like many of you, I have strong feelings about the importance of these issues and which candidate I believe is more likely to pursue them in the ways that I feel are best. But here is the critical point – none of these are simple issues, these aren’t predictable times, and there are countless other variables at play.

If the last eight months of this pandemic have taught us anything, it should be humility: how little we know, how little we control, and how little we can even predict. While this is certainly true about coronavirus, it applies to every other issue as well. People who speak with certainty about how the next four years will go based on what candidate or party is in power would do well to keep this in mind. That isn’t to say we can’t have healthy and respectful debate, that we can’t advocate or campaign for the candidate, party, or policies we think will be best.

Advocate and debate, but do it with a sense of humility not hubris, with concern, not overconfidence, with hope and not certitude.

But what it does mean is that we should do it with a sense of humility not hubris, with concern, not overconfidence, with hope and not certitude. The issues and personalities in this election, and the intersection of the two, are sufficiently complex that it shouldn’t be hard for anyone supporting either side to be able to say this simple statement: reasonable people can come to a reasonable conclusion in either direction.

Imagine what our dialogue and debate would look like if it took place against the backdrop of subscribing to that statement as both the introduction to the conversation and the conclusion. Reasonable people can come to a reasonable conclusion in either direction. Sure, it is fair, maybe even constructive at times, to try to persuade others to see things as you do, but if you can’t, acknowledge that not only is the other person entitled to his or her perspective, their opinion is reasonable, legitimate, and fair. The fact that they come to a different conclusion, even one you are convinced is wrong, doesn’t mean they have corrupt character, less patriotism, compromised commitment to Israel, or less devotion to Torah.

But this is a matter of life and death, you may say. My answer to that is you should research some of the disputes in Jewish law involving brain death, a quite literal life-and-death issue. On this sensitive, critical issue, some of our greatest Halachic decision-makers held opposing opinions, yet greatly respected each other, respected the other’s opinion, spoke of each other in the most dignified ways, and were genuinely close to one another.

While I will continue to defer to and submit to great Roshei Yeshiva and Torah scholars on matters of Jewish law and philosophy, I don’t want them, no matter how “prominent” they may be, to decree whom I must vote for, diagnose the mental status of either candidate, tell me they know with certainty who is better for the Jewish people or Israel, or to oversimplify what is a truly complicated choice.

What disturbs me most about rabbinic declarations dictating how we vote and articulating with complete confidence what will happen if we don’t is not just the unfair denial of people to think for themselves and draw their own legitimate conclusions, but I believe it is also a significant departure from an important Torah principle.

Long ago King Solomon (Proverbs 21:1) taught us, “The heart of a king is like a stream of water in the hand of God, wherever He wishes, He will direct it.” We say every single day in our prayers, “Don’t place your faith and trust in princes and diplomats.”

As believing Jews, we recognize that it is the Master of the Universe who orchestrates domestic, foreign, and of course all policies and their consequences. To be a student of Torah and of Jewish history is to recognize the Almighty’s guiding hand. His hand guided our history and ultimately, it is His hand that is guiding our destiny, no matter the outcome of an election, even “the most important one of our time.”

Our rabbis tell us (Bamidbar Rabba 18a), "God has lots of agents and messengers.” While we must make choices based on our finite and limited perspective, God's vision is limitless. We don’t know why He chooses to employ any particular person or leader in a given situation or time. When the dust settles and the final votes are counted, the candidate that wins any election not only reflects the will of the people, but much more importantly, the will of our Creator.

In this final week and perhaps even more importantly, in the aftermath of this election, I beg you to approach people with humility, to make room for those who conclude differently, and most of all, to pray and put our faith in the One who is truly the Highest of every land. Pray for a peaceful reaction to the election, for unity and civility in our community and our country and for the ability to see God's hand in this and every other part of our lives.

The Latest Marriage Fad: Marrying Yourself

During the Polar Vortex, One Woman Got 60 Motel Rooms for the Homeless
What Makes Eli Run?
The Tyranny of Materialism
Science Enters the Mysterious Inner World of Consciousness
Comments
MOST POPULAR IN Current Issues
Our privacy policy