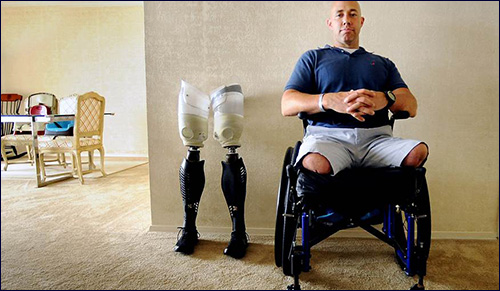 After losing his legs in Afghanistan, Brian Mast is still fighting for his country. And now he’s about to fight for Israel.

In September, 2010, Staff Sergeant Brian Mast, a bomb technician in Special Operations Command serving in Afghanistan, lost both his legs and part of one hand in an explosion. The highly decorated veteran – Mast has been awarded numerous medals for Valor, Merit and Sacrifice, including the Bronze Star, Army Commendation Medal, Purple Heart, and Defense Meritorious Service Medal – was suddenly, after 12 years in the US military, unable to continue in active service.

Yet in an exclusive Aish.com interview Mast insists that being wounded was a turning point in his life, rather than an ending. “Since being injured, life has been an absolutely positive journey,” he explains. “From the moment I woke up in Walter Reed hospital I’ve witnessed the great lengths that people will go to help wounded veterans.”

“Since being injured, life has been an absolutely positive journey.”

From hand-made quilt covers to “Warriors to Wall Street” that offers career advice in the financial industry, Mast discovered an endless array of volunteer initiatives channeling their talents to aid others. He was overcome with gratitude. “It made me want to give my own back,” he recalls. 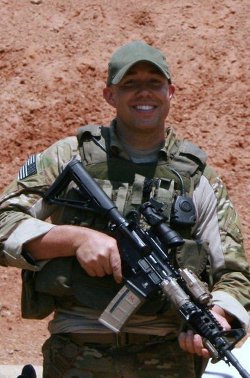 Brian Mast prior to his Sept 2010 injury

After discharge, Mast – who has been married to his wife Brianna for eight years, and has two young boys (and a baby girl on the way) – took a job in Miami as an explosives specialist for the Department of Homeland Security. His work includes counterterrorism, helping train police and other law enforcement agencies in bomb disposal strategies.

But Mast wanted to do more. He used his GI Bill that gives scholarships to former combat veterans to enroll as a long-distance student in Harvard, majoring in Economics. He completes the bulk of his coursework during the school year online and mainly travels to Boston for coursework in the summer. This helps him avoid Boston’s harsh winter weather. “Prosthetics and snow and ice just don’t mix that well.”

Mast was in Boston working on his degree in the summer of 2014, as Israel suffered through thousands of rockets and mortars launched into its civilian centers from Hamas-controlled Gaza where an extensive network of terror tunnels were discovered. He was staying with friends near Boston Common where virulently anti-Israel demonstrations took place each week. As a former American soldier, wearing an Army rangers’ baseball cap and shorts showing his prosthetic legs, Mast was also targeted by protestors when he made his sympathies for the Jewish state known.

Mast grew up in a Christian household, he explains, and was always proud of Israel, viewing it as a vibrant democracy and friend of the United States, whose commitment to pluralism and freedom it shares. His work in counterterrorism only deepened his appreciation, as he worked with Israeli bomb disposal experts through the years. “I count them as friends,” he says of his Israeli fellow soldiers. 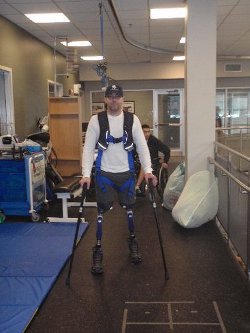 The anti-Israel protests shocked him. “Even though rocket attacks were going on Israel, news coverage nationwide was so mixed. So many people wanted to paint Israel as the aggressor, and I was amazed that Americans could do this,” Mast explains. “Self-defense is a basic right. If the United States were attacked, we would defend ourselves too.”

At times, the protests veered into outright anti-Semitism. Travelling back and forth to Harvard’s campus on the T, Boston’s metro system, Mast was disappointed to see “protestors with their anti-Semitic signs. It was beyond me that anyone could consider Israel the aggressor. There’s no other ally that we have in the Middle East that touts freedom as we do. That freedom is what the Unites States stands for too.”

Mast returned home at the end of that summer determined to do something to strengthen the Jewish state. “I wanted to make my own show of support,” he explains. “What I was looking for wasn’t a Tweet message that I support Israel.” 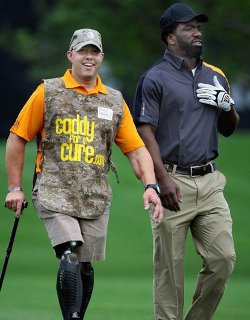 Like those who gave their all to assist wounded veterans, Mast wanted to give his all to help Israel. “I wanted to give my own blood and sweat and tears, I wanted to get to Israel, to serve in my own capacity. I want to assist Israel militarily any way I can.” He reached out to Israel’s consulate in Miami and made phone calls to see where he could help. Eventually, he found out about a program that would allow him to volunteer on an Israeli army base for a few weeks.

This isn’t an especially convenient time for Mast to take on extra tasks. Brianna is expecting their third child in a few weeks. Instead of being deterred and postponing his plans, Mast is heading for Israel right away to volunteer. He leaves January 10 and will return home soon before the baby is born. “If I want to do something, I never doubt my ability to do it,” he explains. “I just jump in and get it done.”

Mast has reached out to some Israeli contacts to offer his bomb disposal expertise but he has no guarantee that he’ll work in his field. He’s willing to work in any field during his stint in Israel. “There’s nothing that I’m above doing, I’m happy to just help in whatever way I can.” A former soldier, Mast says he understands there are unglamorous things that need to get done in the military. “Floors need to be swept, boots need to be cleaned, engines need to be maintained and things like that – if I can help with anything, I’m happy to do it.”

In the weeks since Mast has announced his plans to volunteer in Israel, he’s received messages of support from around the world, and from throughout Israel. He is looking forward to meeting Israelis and spending time in the country.

“I think we find the most worthy cause we can find, and we spend ourselves fully in them. I can’t go through life and say the best example I ever set for my kids was years was ago when I was in the army, that the best thing I ever did for my country , for my brothers, for them, was back in the army. The best things I can do to set an example for my kids are in the future and will always be in the future.”

Right now, that means volunteering to help Israel’s army and standing side by side with those in Israel who are fighting the terrorism that threatens both Israel and the United States.

Mast says he’d like to run for Congress in the near future. “I want to leave a legacy of standing up for freedom and justice, and what’s right. Life isn’t about best eking out our minutes, it’s about making our communities, our families, our world the best we can.”

Looking back over the past few years, Brian looks at all the positive things in his life instead of the negative. So many people have helped and supported him since his return from Afghanistan, he feels driven to pay society forward and help in any way he can. “Hopefully we can all affect people in positive ways,” Mast concludes. In the first weeks of 2015, that means for one American hero, doing all he can to connect with and contribute to the Jewish State.

I Was at the Gaza Border, We Did All We Could to Avoid Killing