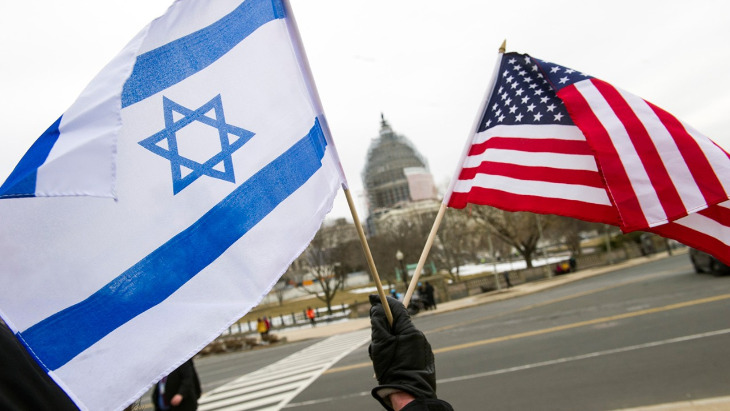 I’d like to respond to the Rolling Stone article you recently wrote, Young American Jews Have Reached a Tipping Point With Israel. Let's start with some points we agree on. The first is Jeremy Slevin’s quote, “I do think it’s important to have these difficult conversations with people who might disagree with you, to get their perspectives and share yours. Continuing to shy away from this issue and avoid healthy debate serves no one.”

He’s absolutely right. We have forgotten how to talk to – let alone properly argue – with one another, especially when the exchange of opposing perspectives and opinions puts us on the defensive. As Jews, with a long history and tradition of arguing amongst ourselves, I find the combative rejection of counter arguments very strange and unfamiliar. Especially when we share values such as the love of life so often expressed on social media. Tikkun Olam is cherished deeply by those criticizing Israel’s actions and those defending them. A strange concept, no?

What I believe to be the core issue dividing us is our interpretation of intentions behind actions. It is how we view those intentions that we ascribe morality, justice, and their legitimacy in this context. You wrote that “causing trauma to another group will never ease our own.” My initial gut and defensive response to this is to start listing all the horrible attacks Palestinian terror groups have committed against Israelis. I want to argue that you should be telling the Palestinians this very same thing and to remind you of the Intifadas that caused lasting trauma in the lives of all Israelis.

Conversely, I should remind myself of the long trauma the Palestinians have been enduring, many times at the hands of Israelis. We are not alone in our suffering. Repeatedly, I see each side yelling the same thing at each other and often times both sides can’t seem to see the other side’s truth.

In this current round of violence and bloodshed, our disagreement here is in the intentions of the Israeli government and military. I don’t see the cruel intentions you ascribe to Israelis or the State of Israel. There is a clear objective to remove the actors and capabilities of those committing terror against Israeli civilians. The rhetoric of ‘ethnic cleansing’ and ‘displacement’ does not fit with the actions of the IDF who warn people before striking unlike our adversary, who do not shoot indiscriminately unlike our adversary, and who will often call off strikes when they see civilians in the area unlike our adversary. The heart-wrenching deaths of the Palestinian and Israeli civilians were not intended targets by the IDF, unlike the intentions of our adversary.

I’m not writing this to convince you otherwise; that is not the purpose of my response. I’m here to open a healthy dialogue and express how I and many like me view the conflict, so that we can better understand how to work together in the future.

From a Zionist perspective the blatant disregard of the war crimes committed by Hamas and the Islamic Jihad Movement by those critical of Israel’s actions is horrifying. The ambivalence displayed by anti-Zionists when talking about social justice without condemning wholeheartedly the actions and intentions of a group intent on murder makes the Jewish progressives seem hypocritical when they discuss Tikkun Olam.

Of course, I know this to not be true. I’m very aware that many of my friends who are no longer Zionists condemn Hamas, not just for their recent barrage of rockets but also for their appalling treatment and human rights violations against their own people. And this is exactly where I believe we can begin to work together. Although we view this conflict and ascribe blame very differently, there are many Zionists who want to see a prosperous Palestinian people and state. I’m tired of pointing fingers. We’ve been pointing fingers for over 70 years. We don’t agree, but that doesn’t mean we have to stop helping each other on the important things we do agree on. Hopefully we can work to repair the world together.

If you do end up reading my response, I’d be more than happy to listen to your rebuttal and why I may be wrong. I do hope you consider my perspective as well so that our exchange can be healthy and productive.

Itai Weiss is a recent graduate of the IDC in Herzliya’s Master’s in Government program. He works to build positive dialogue between people.

6 Things to Know about Jewish Cleveland, including LeBron James

This Holocaust Survivor Isn't Going to Let the Pandemic Stop Kol Nidre
Lessons from the Book of Jonah
Where Are We? The Body, Brain, Soul Problem
Dr. Sheila Nazarian’s Escape from Iran
Comments
MOST POPULAR IN Israel
Our privacy policy
Aish.com Is Looking for Great Writers