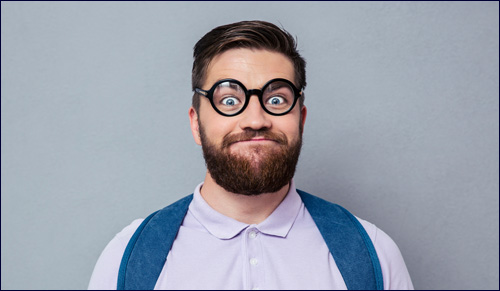 I’m representing Israel in the Funniest Person in the World competition. No joke.

I was chosen to represent Israel in the ‘Funniest Person in the World’ Competition.

I don’t think I’m the funniest person in the world because I know the guy who is. I saw him at Venice Beach. He had no teeth, yelling at every passerby. That was funny. I am not that funny. I do not yell at people unless they pay to come to my show. Even still, being chosen to represent Israel somehow got me all sentimental.

For me, this is like the Olympics. Our sense of humor is our strongest muscle.

I have spent the last week and a half galvanizing a nation to vote for me (you can check out my competition video here). For me, this is like the Olympics. I am my country’s delegate. Is humor less of a sport? I am not in decent shape, but I do take a lot of pride in being Israeli.

I moved to Israel 13 years ago and never felt like I was fully part of the society. That is what gives me my comedic perspective. But now that I’ve been appointed Israel’s representative in the Funniest Person in the World competition, I realize that they have finally accepted me in Israel. That kills the humor of it.

Even still, I feel like I am now representing this adopted homeland of mine, Israel, to the rest of the world; the way Israel should be represented, with an American accent.

This Competition Is Made for Outsiders

I have always been an outsider. I grew up a religious Jewish child in North America. My class at Jewish day school had 11 kids. Outside of those 11 children I was never the normal person. And now, all of the sudden, I feel like I am a normal person. In Israel, it is normal to walk around with your Tallit, on the streets, on Shabbat. In any other country, I am weird. Most people do not talk to themselves when they leave a bathroom. When they need to pray on a trip, in most other countries, they do not stand in a phone booth for five minutes, and leave the phone on the hook. But I do all of these things.

I have to be honest with myself though – this is not the Olympics. Even so, the un-athletic Jewish people take just as much pride in their humor, as the Russians take in their weightlifting. Throughout persecution, we have exercised our humor. It is our strongest muscle. Yet, people can still beat us up.

With that out of the Way – Back to Me

As an Orthodox Jew, I never had the opportunity to take the regular path to comedy. In America, stand-up comedy was relegated to the night clubs, which usually require you to perform on Shabbat – problem for me. I also always wanted to play in the NBA, but Shabbat ruined that for me too. I am a good 5’8.” My vertical is 1’6.” I can reach the net with no problems. I also wanted to play professional football. I was excellent at two hand touch in Yeshiva. Again, shot down by Shabbat.

Israel afforded me the opportunity to pursue a career in comedy and entertainment and for that I am grateful. It allowed me to connect to people through the language of comedy. A language I always spoke, but never expressed myself in. Israel made it acceptable for me to be humorist and a religious Jew.

Talk about a people, a nation. The audiences are a gem. The people of Israel know how to laugh. I have performed in many countries. The warmest and most genuine laughs always come from Israelis. This sensibility is what I present to my audiences in my routines. That is what Jews do. When there is naches, we share the pride with everybody. Like the fact that my mom is still showing the neighbors my papier-mâché project from third grade. Israelis know how to laugh and I want to share that laughter with the rest of the world.

Yes, America is great. But Israel is where I must be. Israel allows me to be who I am – a standup comedian yet still live a religious life. I perform at the club whose motto is, ‘As the comedic delegates of the Holy City, we view comedy as a necessary religious experience.’ My experience has been that humor brings us all together. Laughter transcends discussion.

Allow me to try and explain why I have gotten strangely emotional about this whole thing:

Please feel free to watch my video that was chosen for the first round of the competition, about Driving and Directions in Israel http://indi.com/7fzfx

The Scent of Pew
Dr. Sheila Nazarian’s Escape from Iran
The Miami Boys Choir is Taking over TikTok
Caramelized Onion and Pumpkin Pirozhki
Comments
MOST POPULAR IN Jewlarious
Our privacy policy
Aish.com Is Looking for Great Writers