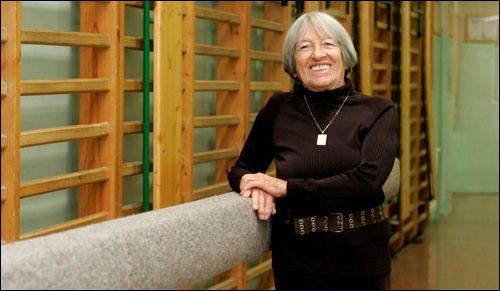 The Holocaust survivor, one of the greatest gymnasts in history is being honored with the Israel Prize.

Agnes Keleti is one of the most decorated Olympic medalists of all time. She is a spry, 96-year-old living in Herzliya, Israel who continues to amaze by performing handsprings, splits, and other gymnastic feats. With ten Olympic medals, she is one of the highest-ranking Olympic female athlete since the modern games began.

This year, Israel is honoring Agnes Keleti with the Israel Prize, the Jewish state’s highest honor bestowed on its citizens. 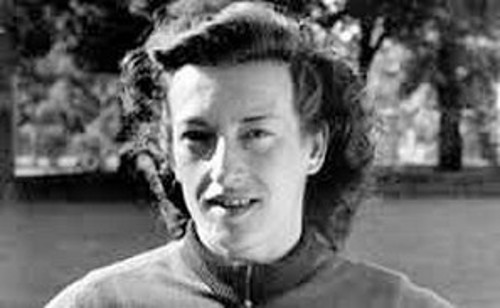 Born in Budapest in 1921, Agnes started training in gymnastics in a local Jewish club when she was four. Her father, she later recalled, was “a fantastic athlete” and sparked Agnes’ interest in sports. By the time she was 16, in 1937, Agnes had won Hungary’s national title. (She would eventually win that honor ten times.)

When Germany invaded Hungary in 1944, Agnes, along with all Hungarian Jews, suddenly found their lives in grave danger.

Most of Hungary’s Jews, over half a million, were deported and killed in the year that Germany controlled Hungary. That unimaginable number would have been higher still had it not been for the Swedish diplomat Raoul Wallenberg, who issued tens of thousands of certificates of protection to Hungarian Jews, helped set up safe houses and soup kitchens, and encouraged his fellow Swedish diplomats to do the same. By the end of World War II, over 100,000 Jews remained in Budapest, the only town to emerge from the war with a Jewish population, almost entirely due to Wallenberg’s actions.

Agnes survived the War by buying the identity papers of a Christian girl. Her mother and sister were saved Raoul Wallenberg.

Agnes Keleti’s family suffered the fate of other Hungarian Jews. Her beloved father, along with most of her relatives, was deported to Auschwitz where they were murdered. Agnes’ mother and sister went into hiding and were eventually saved by the Raoul Wallenberg’s letters of protection. Agnes herself survived the War by buying the identity papers of a Christian girl. She spent the War working as a maid in a Nazi-sympathizing home in a small Hungarian village, and working in an arms factory. During the Battle of Budapest from December 1944 to February 1945, she worked making round through the city each morning picking up the bodies of those who’d died the night before and transporting them to mass graves.

When the War ended, Agnes resumed her athletic career and quickly became one of Hungary’s most notable public figures, particularly as Hungary joined the Soviet sphere where physical prowess in international competitions was highly prized. Between 1947 and 1956, Agnes Keleti represented Hungary 24 times in international competitions. A major injury just two days before the 1948 London Olympics kept her out of that competition (though Agnes did win a Silver medal as a member of the Hungarian women’s gymnastics team that year).

By 1952, Agnes was already old for an Olympic gymnast, 31, yet she won four medals, including a Gold in floor exercise, a Silver in the combined team event and two Bronze medals in uneven parallel bars and as a member of the hand apparatus team. Four years later, at the advanced age of 35, Keleti reached the pinnacle of her career. At the 1956 Melbourne Olympics, she won four Gold medals and two Silvers.

With the Soviet Union crushing dissenters back home in Hungary, Agnes knew she had to do something to escape. When she finished the competition, Agnes, along with 40 other Hungarian athletes – half the Hungarian delegation – defected, gaining asylum in Australia. 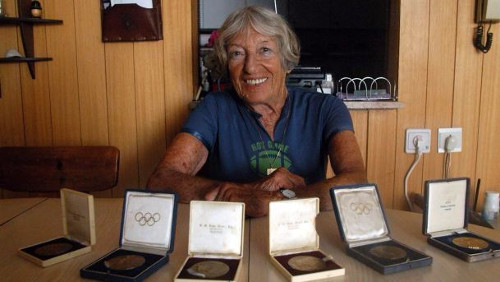 Agnes was free, but unsure what she wanted to do with the rest of her life. She worked in a factory in Australia for a few months, then returned to Europe. An Israeli athletics organizer invited her to participate in the Fifth Maccabiah Games in Israel. Agnes had never visited the Jewish state, and agreed. The experience would change the entire direction of her life.

As soon as she arrived in Israel, Agnes knew she would stay.

As soon as she arrived in Israel, Agnes knew she would stay. “I felt here that I was at home,” she later recalled. “I didn’t want to be a Jew in Hungary; I wanted to be an Israeli in my own country.” Agnes put down roots in her new home and soon her sister and mother moved to Israel to join her. Agnes met a fellow Hungarian-born athlete, Robert Biro, who worked in Israel as a gym teacher. The two married and they had two sons, Daniel who is now a finance professor, and Rafael, a fashion designer. 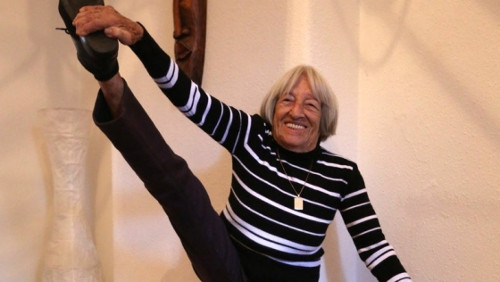 Agnes quickly got to work in her new home, coaching the Israeli national gymnastics team and becoming an instructor at the Wingate Institute for Physical Education and Sport in Netanya, near Tel Aviv. Agnes quickly realized there was lots of work to do. “When I came to Israel,” Agnes Keleti later recalled, “I realized very quickly that we had got things wrong,” in terms of gymnastics education. “It was as if Israel was an isolated island in the middle of the Pacific. So in my years at Wingate, I fought. I could have gone back to Hungary and enjoyed a good life with a good job and a lot of respect, but I didn’t go back because I belong here. I admired the students at the Institute, the ones that worked so hard and invested so much.”

Agnes improved the training Israeli gymnastics received. She bought training equipment that had never been seen in Israel before, and restructured the way gymnasts learned in Israel. Her colleagues called her “the foundation stone of gymnastics in Israel.”

In recent years, Israeli gymnasts have been making a mark in world competitions. Israel’s Rhythmic Gymnastics Team won a Gold medal (as well as a Silver and a Bronze) in the 2016 European Championships. Israel’s team scored sixth best overall at the Rio Olympics, scoring the Jewish state relatively highly in international rankings. 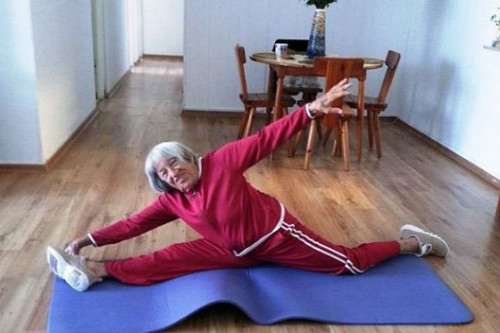 Agnes continues to keep a keen eye on international gymnastics competitions. “Today I never would have succeeded,” she insists, explaining that she did gymnastics for the love of the sport and because it enabled her to travel. Well into her 90s, Agnes continues to exercise over an hour each day, walking and swimming and practicing gymnastics moves.

The Israel Prize Committee recently announced that Agnes would receive the Prize, calling the energetic nonagenarian, “A unique, powerful and brilliant woman. A trailblazing woman, a leader and a role model to her students in Israel and across the world who lives among us and is still considered to be one of the greatest gymnasts in history.”

When a reporter went to interview Agnes in 2012, she tried to find her many Olympic medals to show him, rummaging in vain through drawers and cabinets in her apartment. Finally, she gave up. Looking back on her long life, her years of glory in Hungary and her many years of work and dedication in Israel, Agnes seemed unfazed that she’d misplaced her medals. “Staying alive is more important than the medals,” she finally explained. “The medals have no meaning.”

The music of Miriam

Survival of the Fittest
Korach 5782: Visit to Lift the Spirit
That Time The Ivy League Found A Way To Limit Jewish Enrollment
Would You Rather Be Right or Happy?
Comments
MOST POPULAR IN Israel
Our privacy policy