A Russian Doll and an Unlikely Legacy of Kindness 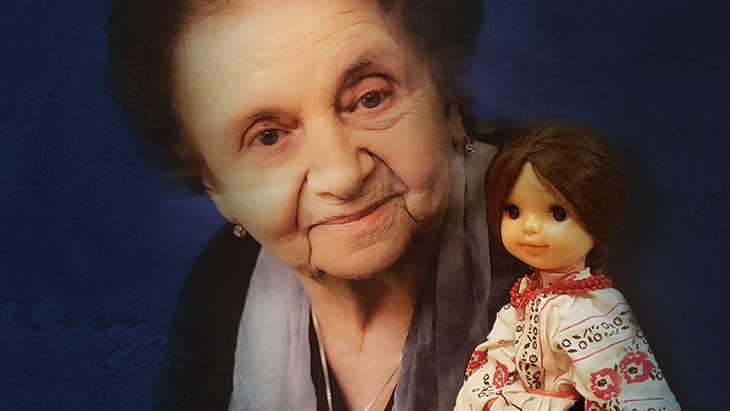 A true story that we need to hear during these difficult times.

My grandmother, Zelda, was born in July, 1924 in a city called Samara on the Volga River in the former Soviet Union. There was so much despair, hunger and poverty after the World War I and the Communist Revolution of 1917. Her mother died when she was just three, during the birth of her younger sister. Her oldest sister, Rachel, was five at the time.

The three sisters were raised by their loving and forever exhausted father, David, who worked around the clock to feed his three daughters.

There were not many real toys back then in the Soviet Union. Children made their own dolls out of old rags, carrying them around as if they were real babies. Growing up, I loved hearing my grandmother tell me stories about her childhood. This story, which I will retell using my grandmother's voice, is one is my favorite:

One day, I drew a face on an old piece of cloth, stuffed it with grass and made a baby to play with. We had a neighbor, a girl my age named Olya from a Jewish family living nearby. They were a real family with a mother and a father. When we were about 7 or 8, this girl's parents bought her a real doll. It had arms and legs and even hair. It was made out of plastic and had beautiful eyes. 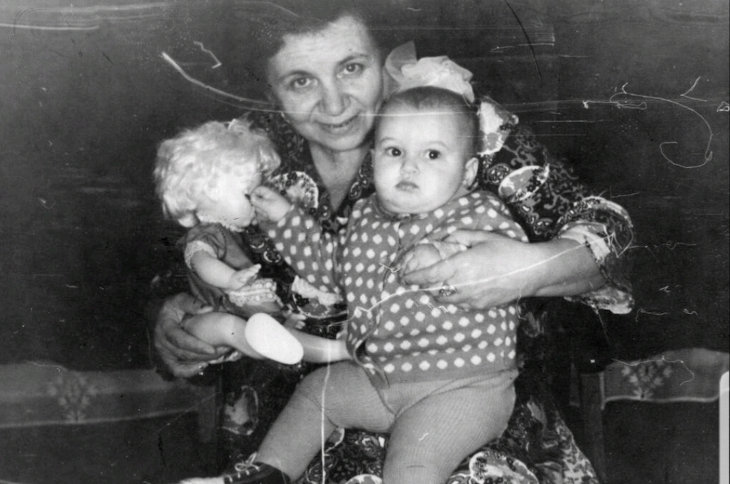 Olya always carried it with her, making sure that everyone knew that she had a real doll. She kept on walking by our house showing off her doll. I pretended not to pay attention, as if I didn't care. Of course I cared, but I didn't want her to know how much I wished I had a real family and a real doll to play with.

She must have been very annoyed that I was ignoring her, so she ran up to me and in a teasing voice said, pointing at my rag doll, “Your doll is not real!”

I wasn't going to take her insults. "And yours isn't real either... it's not a real baby. It's plastic!”

She became very mad and pulled my handmade doll out of my hands. It ripped open and the grass fell to the ground. She kept screaming, “It's not real, it's not real!”

Well, I knew how to stand up for myself. I didn't have a mother to save me, my father was always busy, so I had to fend for myself. I grabbed her toy out of her hands, yelling, “This is fake!” and yanked the hands off the doll. A real calamity for an 8-year-old girl.

Her parents came over to talk to my father about the "incident" that evening. I was embarrassed for my defiance.

They were very angry and demanded that Papa pays for the damage that I caused. This doll was expensive. Then they saw the exhaustion on Papa's face and his reluctance to argue. He was raising three daughters alone, without a wife to lean on. I think they realized that Papa had no energy to fight with them and told him not to worry about it. A few days later they returned with a little toy for me. These were kind and empathic people who understood our family's despair.

Years later I ended up in the same medical school class as that girl, Olya, during the World War II. We were both embarrassed about what had happened and laughed about it. Olya and I had fought side by side to save the lives of wounded soldiers during the war. We had to heal real legs and arms on real soldiers, not the plastic ones.

Olya's generous and kind parents taught me that there is no point in being bitter.

This past May, my grandmother passed away at the age of 95. I thought about her and the unforgettable kindness of Olya's parents when I recently stopped by a Goodwill store in Philadelphia. As I entered, I noticed a doll calling me with her plastic eyes. I felt as if my grandmother was speaking to me from the other side.

I picked up the toy and saw that the label was still attached, and the writing was in a familiar Russian language.

Unbelievably, this doll was made in the Soviet Union in the 1980s. It looked exactly like Olya's doll all those decades ago.

I couldn't believe the "coincidence" and understood the message. Now is the time when we need to be particularly sensitive and empathetic towards the people around us. These are difficult times and kindness is particularly important for everyone.

Kindness is truly eternal. My grandmother, Olya and her parents are all gone, yet the legacy of their generosity stayed behind for many decades. So many decades later we are still inspired by the story.

So go ahead, change the world through one act of kindness at a time.

Next Year in Jerusalem, Part 2

The View from Heaven: An Interview with Rabbi Noah Weinberg, obm

Raising Yehuda
Deep Breaths
What Happened to the Truth?
The Japanese Everything Bagel Spice Recipe
Comments
MOST POPULAR IN Spirituality
Our privacy policy