A Comedian's Return to Judaism 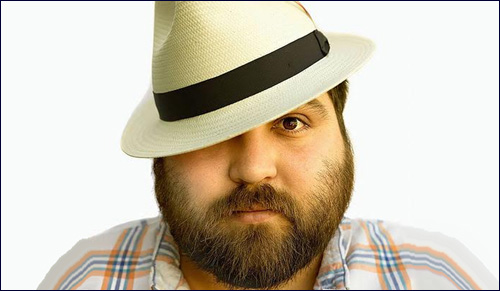 I used to see Judaism as a restriction, but now I view it as a way to take better care of my soul.

I’m standing on the boardwalk in my hometown of Long Beach, New York, leaning over the rails and looking out into the ocean. Seagulls are flying over my head, and the clouds are moving fast through the electrifying magenta sky. It’s Yom Kippur. I close my eyes and make a silent vow to God: I will fully observe one Shabbat this coming year.

At this point in my life, I’d hit a low point in my Jewish practice. I was eating at White Castle and Popeyes and even some classier Manhattan steakhouses. I gave up Shabbat in favor of performing comedy, it had been years since I put on tefillin, and I didn’t date Jewish women.

It had been years since I put on tefillin and I didn’t date Jewish women.

My family started off in a Conservative synagogue when I was a young kid and we were living in Flushing, Queens. Then we moved to Long Island, where I went to the religious Zionist school. Over my years there, it turned more right wing, and I didn’t feel like I fit in as much.

My parents kept me in private Jewish schools until the ninth grade, when I got kicked out of a highly academic yeshiva for subpar grades in secular studies. I was sent to a yeshiva for rejects, which was run poorly and made me feel like even more of an outcast. Finally, I finished my education at the public Long Beach High School, and became involved with NCSY, an Orthodox youth leadership group, and B'nai B'rith, a Reform one.

I started doing standup and moved to the Upper East Side after college. I looked for a synagogue but I didn’t feel welcome anywhere. I tried to be part of both the comedy and religious Jewish community. I was lacking in both areas, and decided that it wasn’t worth it to straddle both worlds. I had a lot of built up resentments from my childhood, mainly being kicked out of yeshiva when I loved Judaism. I figured it wasn’t worth it to try and fit in anymore.

I made my vow on Yom Kippur to keep one Shabbat because it was always the holiday in which I most connected to God. I would pray with my family at the Sephardic Congregation of Long Beach, where we’d collectively sing beautiful songs like Aneinu. Somewhere in the midpoint of the day, I’d stop worrying about the fast and connect on a deeper, more spiritual level with the world. I’d go to the beach and talk to God one-on-one.

After the heavenly gates closed that Yom Kippur, I went back to my life as a comedian living in Brooklyn as if nothing had changed. It was not until a few months later, while walking down Bedford Avenue in Williamsburg on my way to a comedy show, that I ran into a young Chabad rabbi on the street.

Instead of him approaching me, as Chabad rabbis often do, I went up to him. I asked him if he was a rabbi, and he said he was. I told him about my vow on Yom Kippur. He said that they had Friday night dinners and services at his Chabad House just a few doors down on Bedford.

For me, at the time, keeping Shabbat only meant attending a meal. Free food was all I needed to hear. I took mental note of the address and the time that the meal was held, and went about my night.

It would not be another five months until I actually decided to show up.

What I saw when I went was an ambitious rabbi with a beautiful family. He hosted people practicing various levels of Judaism. Some were completely reform, and sometimes Chassidim in shtreimels would show up. They would cook huge meals, and never ask for anything in return except for our participation.

Two years later, I was a regular attendee and had started dating a non-Jewish girl named Kylie. I mentioned that there was a place we could go for a free meal on Friday nights, so she came along with me. I didn’t anticipate that she would end up loving it and decide to pursue an Orthodox conversion. It was not without difficulty that I came back to traditional Judaism, but that’s a whole different story. 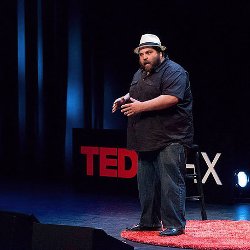 These days, I am observing Shabbat, the holidays, and kashrut with Kylie, who is now my Jewish wife.

I used to see Judaism as a restriction, but now my attitude has changed. I view it as a way to take better care of your soul.

I see Shabbat as a time to recharge my spiritual battery, and putting on tefillin gives me inner peace. In terms of my comedy career, I learned that the restriction on Shabbat was not only to do work, but not to specifically do creative work. That really resonated with me. If God, the ultimate Creator, can take a day off from creating, then as a comedy creator, I had a good role model to follow.

Instead of trying to identify with one group, I let myself be apart of all of them.

Since I’ve been taking off for Shabbat, I’ve felt more creative than ever. It’s been a struggle not performing on Friday nights, but I’ve found my niche. I put out two podcasts, host a live standup show on weeknights, come up with original characters, make my own YouTube videos, and tell stories on public radio.

I used to grapple with labels, and wondered where I fit in. Was I Chabad? Modern Orthodox? Right wing? Left wing? Sephardic? Instead of trying to identify with one group, I let myself be a part of all of them.

Danny Lobell is a Los Angeles based comedian. He hosts Modern Day Philosophers, a podcast in which he talks philosophy with comedians, and the live show Bookshelf at the Hollywood Improv. He's been on This American Life and WTF with Marc Maron. His website is DannyLobell.com.

Finding the Poem Within

Daredevil on the Bridge

Feeling Like I'm the Only Jewish Girl in the World

Did I Lock the Door? Living with OCD
It Takes A Lot Of Faith To Be An Atheist
How Instagram Brought Back This Nostalgic Soup
What Makes Eli Run?
Comments
MOST POPULAR IN Spirituality
Our privacy policy