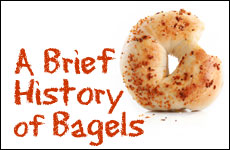 More than you could possibly want to know about bagels.

Ah, the glorious bagel! Who among us does not love it, crave it, fantasize about it? Sorry, that was creepy, wasn’t it? I guess I won’t tell you how I feel about brisket.

As did you, dear readers, I always believed the common legend about the bagel having been created in the shape of a stirrup to commemorate the victory of Poland’s King Jan Sobieski over the Ottoman Turks in 1683. So I realize that what I am about to reveal may be traumatic for you – but that legend is completely false. I know, I know. Just take a few deep breaths and you’ll be fine.

The bagel was invented in Krakow, Poland, in the 16th Century as a competitor to the Bublik.

The bagel was actually invented much earlier in Krakow, Poland, as a competitor to the Bublik, a lean bread of wheat flour designed for Lent. In the 16th and first half of the 17th centuries, the bajgiel, as it was known, became a staple of the Polish national diet, replacing the previous staple – actual staples.

There was a tradition among many observant Jewish families to make bagels on Saturday evenings at the conclusion of the Sabbath. Due to Jewish Sabbath restrictions, they were not permitted to cook during the period of the Sabbath and, compared with other types of bread, bagels could be baked very quickly as soon as it ended.

Variations of the word beugal are used in Yiddish and Austrian German to refer to a round loaf of bread. According to the Merriam-Webster's dictionary, 'bagel' derives from the transliteration of the Yiddish 'beygl', which came from the Middle High German 'böugel' or ring, which itself came from 'bouc' (ring) in Old High German, similar to the Old English 'bēag' '(ring), and 'būgan' (to bend or bow). But enough about how I impress my dates with bagel trivia.

In the Brick Lane district and surrounding area of London, England, bagels, or as locally spelled "beigels" have been sold since the middle of the 19th century. Of course, by now they may be somewhat stale, so caution is advised.

Bagels were brought to the United States by immigrant Jews, with a thriving business developing in New York City that was controlled for decades by Bagel Bakers Local 338, under the leadership of Moishe Soprano. It had contracts with nearly all bagel bakeries in and around the city for its workers who prepared all the bagels by hand, following complaints that some of them were being prepared by foot.

The bagel came into more general use throughout North America in the last quarter of the 20th century, at least partly due to the efforts of bagel baker Harry Lender and Florence Sender, who pioneered automated production and distribution of frozen bagels in the 1960s. They tried adding a third partner, but failed to find anyone qualified whose last name rhymed with “tender.”

In modern times Canadian-born astronaut Gregory Chamitoff is the first person known to have taken a batch of bagels into space on his 2008 Space Shuttle mission to the International Space Station. His shipment consisted of 18 sesame seed bagels. Unfortunately, he’d forgotten to pack the lox and cream cheese, so had to go all the way back to get them.

The two most prominent styles of traditional bagel in North America are the Montreal-style bagel and the New York-style bagel. The Montreal bagel contains malt and sugar with no salt; it is boiled in honey-sweetened water before baking in a wood-fired oven; and it is predominantly either of the poppy "black" or sesame "white" seeds variety. It is ordered with the expression, “Give me a bagel, eh?”

The New York bagel contains salt and malt and is boiled in water prior to baking in a standard oven. The resulting New York bagel is puffy with a moist crust, while the Montreal bagel is smaller (though with a larger hole), crunchier, and sweeter. The New York bagel is generally ordered in response to the bagel-seller’s question, “Hey, are you gonna order something or just stare at the menu all day?!”

The traditional London bagel (or beigel as it is spelled) is harder and has a coarser texture with air bubbles, bad teeth and is a bit more uptight.

In addition to the plain bagel, popular varieties include sesame, garlic, poppy seed, onion, rye, salt. The "everything" bagel is a mixture of all of the above and is perfect for those who just can’t decide. Other versions which change the dough recipe include cinnamon, raisin, blueberry, pumpernickel, egg and sourdough. Green bagels are sometimes created for St. Patrick's Day. Many chains now offer bagels in flavors such as chocolate chip, French toast, asiago cheese, olive and bacon. And, yes, due to some of these, our Jewish ancestors are spinning in their graves.

Breakfast bagels, a softer, sweeter variety usually sold in fruity or sweet flavors (e.g. cherry, strawberry, cheese, blueberry, cinnamon-raisin, chocolate chip) are commonly sold by large supermarket chains; these are usually sold pre-sliced and are intended to be prepared in a toaster. But let’s be honest, no Jew worth his bagels would be caught dead eating one of those. A flat bagel, known as a Flagel, can be found in a few locations in and around New York City – this is in response to the frequent complaint, “Hey, my bagel’s not flat enough!” And a sweet variant of the bagel known as the "fragel" is found in Michigan; bagel dough is fried and coated with cinnamon sugar. Don’t look for it in the health food section.

Today bagel sandwiches are quite common—a sliced bagel substitutes for the two slices of bread. Traditionally, bagel sandwiches filled with cream cheese, lox, tomato, and onion have been a popular meal among Jews for some time; less popular among the Amish.

As a breakfast sandwich, plain or onion-flavored bagels are filled with eggs, cheese, ham (oy vey!), and other fillings. McDonald's created a line of bagel sandwiches for its breakfast menu, but has since scaled back the varieties available; key ingredients are some form of egg, cheese, and meat combination sandwiched between the bagel slices, thus creating a “McBagel” that is no doubt as far from kosher as building graffiti is from fine literature.

Sliced bagels are often toasted. Spreads (traditionally known among Jews as shmears) might include cream cheese (which may be flavored), butter (which may also be flavored with ingredients such as maple syrup or honey), peanut butter, jam, apple butter, hummus, or other foods. Another interesting and popular bagel dish is the pizza bagel. The bagel is sliced, topped with tomato sauce and cheese and then toasted or re-baked. This is in response to the question, “How can we take something simple and tasty and really overdo it, thereby messing up another culture’s popular dish at the same time?”

Bagels taste best fresh out of the oven. In order to preserve the freshness and taste of the bagel for consumption within the next five to seven days, allow them to cool in a paper bag and then store them in a freezer in a closed paper bag which is wrapped tightly inside a larger, plastic bag. Annoying mothers-in-law can be stored in a similar fashion. Some people omit the paper bag and just freeze their bagels in a plastic bag. But these people always look for shortcuts and can we truly respect them for taking the easy way out? To thaw, moisten lightly with cool water and toast or bake. Bagels freeze well for up to six months. After that, they turn radioactive and need to be buried 50 feet underground for all eternity.

To revive a refrigerated bagel to near fresh-baked status, slice the bagel in half and lightly moisten, or 'banetz' (Yiddish term for 'moisten') the surfaces with a small amount of cold water. Give it mouth-to-mouth resuscitation for three minutes, pumping its middle every fifteen seconds. Toast or bake the bagel until it is hot throughout and slightly crispy on the surfaces. Taste, and moan softly due to its many pleasures.

Note: Reheating in a microwave oven will not produce the same result as a regular oven or toaster as microwaves tend to make bread soft and mushy, like the minds of those who only watch World Wrestling Federation shows on TV.

Now, if you’re ever a contestant on Jeopardy and “bagel” comes up as one of the topics, you should do pretty well. You’re welcome. 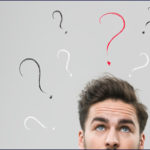 How to Find Deals in the Shuk6 min read 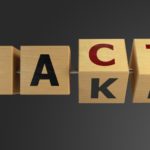 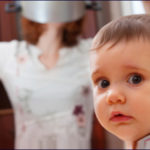 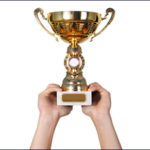