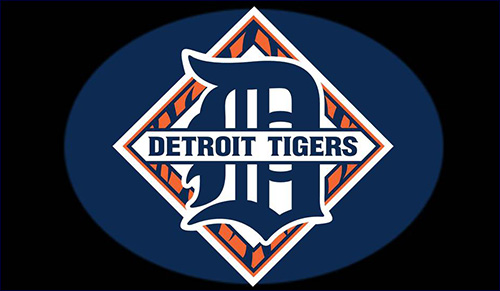 Moses leads the Jewish people out of Egypt. The oil burns for eight days. Esther saves the Jews of Persia. There have been countless great and miraculous moments throughout the history of the Jewish people. And now, there is one more: Brad Ausmus was just named the first Jewish manager of the Detroit Tigers.

Here are the changes Brad Ausmus is planning for the Tigers.

Ausmus’s Jewish sports achievements are equally impressive. Inducted into the National Jewish Sports Hall of Fame in 2004, Ausmus currently holds the record for most games played by a Jewish major leaguer (1,971); he ranks fifth in career hits among Jewish players (1,579) and eighth in career runs batted in (607). He also served as the manager of Team Israel in the 2012 and 2013 World Baseball Classics

All this is well and good, but let’s get to what really matters about this topic, the question about which man has wondered since the dawn of time: how will the Detroit Tigers baseball games change as a result of having a Jewish manager? You’ll be pleased to know that there’s no need to speculate about this; we can know for sure. Thanks to my cousin Benny, who works for the team, I’ve acquired a top-secret document detailing the changes Ausmus is planning for the Tigers. I’ve indicated the highlights below.

Perhaps most exciting, there will be a partial name change for the team. It will hereby be known as the Detroit Mensches.

The stadium pipe organ music will give way to a live klezmer band.

Detroit Mensch-emblazoned, steel-reinforced yarmulkes with push-button retractable sun visors. Baseball’s only headgear that is both true to the Jewish religion and protects your head from being boinked by a hardball. With these Hebraic beanies covering the Mensches’ heads, there’s no mistaking that this is the team with the Jewish manager.

“Take Me Out to the Ballgame” is a fine song that has served baseball well, but after so many decades of use, it’s getting a little tired. And there’s nothing especially Jewish about it. Which is why, no doubt, that Ausmus is planning on having the song sit out on the bench at least for a season while its replacement, “Hava Nagila,” sung by Israeli cantor and entertainer Dudu Fisher, is given a try. “Hava Nagila.” It’s not just for bar mitzvahs anymore.

And speaking of “Take Me Out to the Ballgame,” those peanuts and Cracker Jacks to which it refers will be taken out to pasture. In their place, a plethora of beloved Jewish lunch, dinner and snack selections including herring in cream sauce, cheese blintzes, chocolate rugalach, caramel matzo crunch, latkes with applesauce and sour cream, classic potato knish, barbecue brisket, and, of course, bagels, cream cheese and lox. With kosher wines and beer to wash it all down. This ain’t your father’s baseball stadium hotdog stand. Just be careful when the vendor tosses you the herring in cream sauce.

In addition to stealing bases, players will henceforth be permitted to loan bases, rent bases, collect interest on bases and feel guilty about stealing bases.

When a player hits a home run, his mother will be waiting for him at home plate with a hug and a nice cup of chicken noodle soup. It’s only fair after all she’s done for him.

Sponsorships will change from Ford, Apple, and Budweiser to Hebrew National, Manischewitz, and Mark Zuckerberg.

Traditionally, taunts and heckles from the umpire and the fans include the classics, “Batter can’t hit!” “Are you blind? He was safe!” And “Cinderella gets to the ball faster than you do!” The new, Judaic-inspired taunts and heckles will include:

To conserve energy, instead of running the bases, players will use motorized golf carts donated by Detroit’s Shmelkowitz Sunset Retirement Community, where “We’ll take good care of you ‘til your final days.”

Crowd participation will be ramped up substantially in very Jewish ways. Instead of doing the Wave, the crowd will be encouraged to dance the Hora. Complimentary Hora lessons will be offered pre-game. After the game, enjoy the Jewish Karaoke Contest right on the field. Available songs include:

Additional team revenue will be generated by renting out Comerica Park for weddings, funerals, bar and bat mitzvahs, brises, and high holiday services. There will be an attempt to make it into the Guinness World Book of Records by filling the stadium with the world’s largest noodle kugel.

On planned movie nights, double features will include one baseball movie together with one Jewish-themed movie. For example, “Field of Dreams” with “Fiddler on the Roof.”

To encourage the value of education, children who do well in Hebrew School, will be admitted to games for free. Those who do poorly or skip school will be lectured by the team rabbi, during the game – on the stadium’s Jumbotron screen.

As you can see, there are great plans in store for the Detroit Tigers – er, Mensches, under the Hebraically-inspired leadership of new manager, Brad Ausmus. We wish him endless home runs. Mazal tov, Brad!