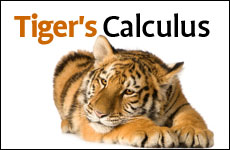 There’s only one thing missing from Tiger’s trophy case.

In my humble opinion, Tiger Woods has only one choice. He must eat humble pie – and lots of it – by begging for mercy from his wife, committing to a life of marital fidelity, disavowing all paramours, and coming up with convincing safeguards that will convince them both that he will not commit adultery again.

No doubt, this could make winning another four major tournaments look easy.

Why is this his only choice? Some say that if he gets divorced and opts for the life of a playboy, he will be proving his critics right that he really is a bad boy after all. Tiger will be trading in his “clean-cut, honest integrity” image that he has built over a lifetime – for temporal fun. They say that he can’t give his critics that much ammo and therefore he has to “go home.”

I disagree. Choosing to live the honest and good life can’t be done to disprove his critics or all those who are attacking him. Even more than that, it wouldn’t work.

Tiger has to do it for himself. There’s a struggle going on inside of him – call it “Tiger Woods vs. Cheetah Irons.” Cheetah says: play the games, hide the women, tell the lies, have fun, fun, fun. According to the news, Cheetah has been winning the battle over Tiger for some time now. But what Tiger needs to understand, as does any person who is cheating on their spouse, that you may be able to fool your partner but you can’t fool yourself. In the process of cheating, a cheat loses his own self-respect. And all the money in the world can’t buy that.

When a person has such a polished public image, we can forget that ultimately they are, just like you and me, mere mortals. With a conscience, a soul, and a mirror that they have to face themselves in every single day.

The struggle for self-respect is a lifetime battle between our body and our soul.

This struggle for self-respect is a lifetime battle between our body and our soul. Our body says: steal, cheat, lie, kill, sleep in, overlook people’s feelings, say what you feel like saying, etc. Our soul says: be scrupulously honest, be sensitive, get out of bed and accomplish, be careful not to say something that might be hurtful, etc.

Sometimes we win and, unfortunately, sometimes we lose. Nobody has a perfect score in this, the ultimate game of life. The absolute rules state that when we choose the high road, we gain our own self-respect and it feels good, but when we take the low road we lose it. It’s that simple.

Usually this “scorecard” is just between oneself and God. For Tiger, who gave up his private life in exchange for the billions of Tiger Inc, having the whole world serving as judge is an incredibly painful punishment.

But this is not just about Tiger Woods resurrecting his public image. No. Tiger should eat humble pie and beg forgiveness from his spouse because doing the right thing will give him the awesome pleasure of self-respect. It’s actually a greater pleasure than love or material wealth. Why else would someone go off to fight a war to protect their family and country, knowing all the while that they may never return to see their loved ones or enjoy the home that they built? It’s because they know that honesty, integrity and true values are worth everything –even worth dying for. Living the truth and keeping your word is a greater pleasure than all of the pleasures of Vegas rolled into one.

A Word on Mrs. Woods

As a rabbi in New York City for the past 20 years, I’ve had the dubious distinction of counseling people for cheating on their spouses. It’s a very sad part of my job. I have seen varied reactions on the part of the cheated spouse. There is no right response and no wrong response, but the reaction I find most gratifying is the spouse who comes out fighting. They are not willing to be treated like a doormat, nor do they enable their spouse to repeat their sick behavior. That is the healthiest response for them and also for their cheating spouse. Some people can forgive infidelity and some cannot. There are arguments to be made for both sides, as cheating is not an easy behavior to change. But I have seen marriages turn around as a result of a “woman with a 9 iron.”

We are all human and life is really just one long series of body-soul tests. None of us can appreciate someone else's test and therefore the Torah does not allow us to judge other people. (That’s God’s domain.) That being said, the Torah does demand that we judge actions and know the difference between right and wrong. And when we do wrong, there is no fudging or finessing. It’s just apologizing (profusely when necessary), devising serious strategies to stop the negative action, and resolving in the deepest sense to never do it again.

Of course, this doesn’t happen overnight. But today is always the best time to start. For Tiger Woods, it is tee time. 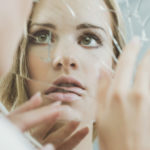 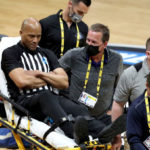 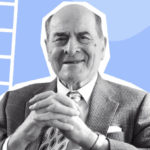 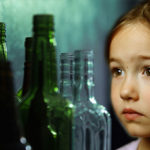