Male and Female He Created Them

Men and women were created as opposites and their differing natures can elevate or undermine a marriage.

As part of the Jewish wedding ceremony, seven blessings are recited over the bride and groom. The final one states:

"Blessed are You, Lord, our God, King of the Universe, Who created happiness and joy, groom and bride, exultation, song, pleasure, love, brotherhood, peace and companionship."

The wording of this blessing has always struck me as particularly significant, because when reciting it we are saying that the bride and groom and their pleasure in each other are a special creation.

In fact, the phenomenon of a bride and groom is a miracle. It doesn't make any logical sense that men and women who are so different should desire to make common cause and spend the rest of their lives together. It is only this miraculous creation of the Almighty's that compels us to do so.

Therefore, in our daily interactions, it requires work and insight to keep the miracle alive. We need to recognize and understand the differences between men and women and adjust our expectations accordingly.

Before Eve was created, God said "It is not good for man to be alone. I will make him an ezer knegdo, a helper opposite him." God went on to create many different creatures but Adam did not find a helper for himself from among them. And then God created woman.

It's not that Adam couldn't acquire a dog as a pet with whom he could develop some loyalty and caring.

Adam could have acquired a dog as a pet with whom to develop loyalty and caring.

It's that there was no other being for whom his giving was as significant, for whom his giving required vulnerability and openness, a deep level of commitment and of caring, for whom the relationship demanded reaching deep inside to discover wellsprings of patience and understanding.

There was no other creature that required the level of personal growth necessary for two opposites to live together in harmony.

Being aware of some of our innate gender differences can help avoid much anguish.

Beyond avoiding conflict, the ultimate goal is to appreciate your spouse's perspective and learn from it, incorporating it into your own worldview and becoming a fuller human being in the process.

Let's highlight some of the possible sticking points.

Deborah Tannen suggests in her best-selling You Just Don't Understand that frequently men engage in "report-talk" and women in "rapport-talk." The goals are very different. Women are trying to establish and nurture relationships, whereas men are frequently trying to convey facts or solve problems.

When Bob and Holly were first married, Bob often left the room in silence at the end of a conversation. Hurt and surprised, Holly confronted him. Bob was just as surprised as she was. "I left the room because I had nothing further to say. That's what I always do around the office."

Bob didn't understand that to Holly dialogue was not a vehicle for obtaining information but an opportunity for closeness.

Bob didn't understand that to Holly dialogue was not a vehicle for obtaining information (an encyclopedia and the Internet work much better) but an opportunity to achieve further closeness.

And oft-cited example here is that women frequently punctuate their conversation with nurturing sounds ("mm-mmm," "uh-huh," or "I understand"), whereas men may sit silently. Women who expect this clucking response feel unheard and consequently unloved, neither of which is probably true. It's a matter of understanding different styles and patterns.

Another stumbling block that John Gray illustrates in Men Are From Venus, Women Are From Mars is the differing coping strategies of men and women.

Men like to withdraw into their "caves," as he puts it, and women like to talk. Already a problematic dynamic is in place. For there is nothing more frustrating for a woman who wants to talk than a man who has retreated into his cave, literally and figuratively. And vice versa, a man who needs peace and quiet and solitude to unwind will not look kindly upon repeated interruptions by his wife. She may be well-meaning, assuming he wants to talk. But he doesn't. He isn't like her. He wants to be left alone.

At the end of the day Fred likes to relax in bed with a good book. His wife, Beth curls up beside him and does the same. But for Beth each idea in the book reminds her of something she wants to discuss with Fred and she doesn't hesitate to bring up each point, delighted at this opportunity for bedtime intimacy.

But Fred had a rough day at work and was looking forward to his quiet escape at the end of the day. After repeated interruptions, and by now completely distracted, Fred closes his book in frustration. Beth and Fred need to understand the ness of their spouse's needs and work out a compromise before alienation and hurt set in.

A woman should not have to ask after 25 years of marriage "Do you love me?" A man should find opportunities to express his caring in words and gifts, understanding that women need tangible demonstrations of affection.

Men need to hear that their wives think they're the greatest. I always advise brides to make a list of all the wonderful qualities that attract them to their husband-to-be. Hold on to the list. In times of strain it will remind you of the good. If helps us focus on the noble core of the man we married.

We all need to be sensitive to what our spouse needs, and to remember they are not exactly the same as ours.

We all need to be sensitive to spouse's needs, which do not necessarily mirror our own.

A common but changing dynamic reflective of male-female differences is the lecturer-listener format. This is a posture where the give and take of conversation is absent, replaced by one party lecturing to the other. It seems to enhance the feeling of superiority of the lecturer (usually male) while exacerbating the sense of inferiority in the listener (often the female).

I was surprised to witness this exact type of interchange in a bookstore recently. A man was lecturing a woman; the woman had a baby in her arms so I assumed she was his wife but that was the only evidence. He talked to her in pompous and all-knowing tones, as if he were the professor and she the eager undergrad. I don't know how she felt about it, but I definitely responded on a very emotional level and have since had many fantasy conversations that put him in his place.

If I had such a visceral negative reaction I think I can assume many other women would as well. If that woman is chafing, her feelings are not having a positive effect on her marriage.

Only through mutual respect, through appreciation of our differences and through the desire to grow from them will we be able to build a harmonious home that harnesses the tremendous power of a man and a woman working together. 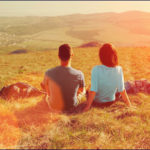 Six Ways for Couples to Grow Together4 min read 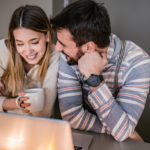 Five Habits to Nourish Your Marriage During the Pandemic4 min read 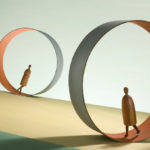 Love in the Time of Corona4 min read