5 Steps to a Great Marriage #4: Be King and Queen

Your spouse is your number one priority. Becoming queen and king means creating an unshakable alliance between husband and wife.

I recently had a very interesting meeting with a couple who came to me for marriage counseling. The first thing they told me was that they loved each other and considered each other good friends. However they felt they had no choice but to divorce since they didn't feel any strong bonding or connection.

"You're saying you love each other, but you want a divorce? Nothing else is wrong?"

After a little probing, the wife admitted that she was a little upset that her husband's cousin had been living with them for six weeks and that she felt like her husband cared more about his cousin's well-being than hers. After a little more exploration the truth finally emerged. The husband felt a tremendous loyalty for his family; so much so, that he was clearly having difficulties including his new wife in his "inner circle" of those he really cared about.

Eliminating triangles is one of the biggest challenges in marriages.

In family systems theory, this is called "triangulating." The husband cares more about certain family members than his own wife. He has created a triangle in which his wife feels she is not his primary concern or priority. Eliminating triangles is one of the biggest challenges in all marriages, especially for newlyweds. Separating from one's family of origin and realigning one's loyalties with one's spouse is not an easy task. Yet, it must be done before a strong marriage bond can develop between husband and wife.

The problem of triangulating demonstrates the psychological genius of Judaism. The sages teach us that special attention must be given to the first year of marriage, in Hebrew reverently referred to as "shanah rishonah." The first year is a critical time for the couple to build the initial foundations of trust, respect and intimacy. There are many Jewish laws associated with this first year of marriage designed to give the new bride and groom every chance to bond and form an alliance like a "king and queen."

For example, during the first year a husband should minimize all travel for business and ask his wife's permission if and when he can go on a business trip. The Torah recognizes he implicit difficulty for a husband and wife to bond, as it says in Genesis, "Therefore a man should leave his father and mother and cleave to his wife and they will become one flesh." Perhaps the Torah is placing a special emphasis on the first year of marriage to guard against the potential challenge of triangulating.

Becoming queen and king means creating an unshakable alliance between husband and wife. Nothing can be allowed to come between the husband and wife bond. In short, your spouse must be your number one priority. There is absolutely no room for compromise. When couples are having problems, often the source of the problem is the existence of a triangle. When couples have children, the challenge here is not to triangulate the children into the marriage relationship. This means that your spouse's needs must always come before your children's needs. Triangles are not just formed with other people; sometimes people triangulate work, T.V, the Internet, hobbies, exercise into the relationship. Anything that lowers your spouse's priority below number one status is the result of triangulating someone or something into the marriage relationship.

Therefore couples need to make a thorough examination for the existence of any triangles, identify them and eliminate them. The simplest way to do this is to ask your spouse if he or she feels you are triangulating something into the marriage. A sure sign that a triangle exists is that you do not feel you are your spouse's number one priority. 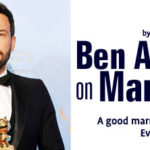 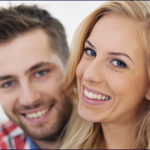 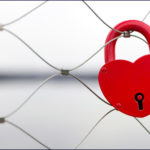 The Purpose of Marriage6 min read